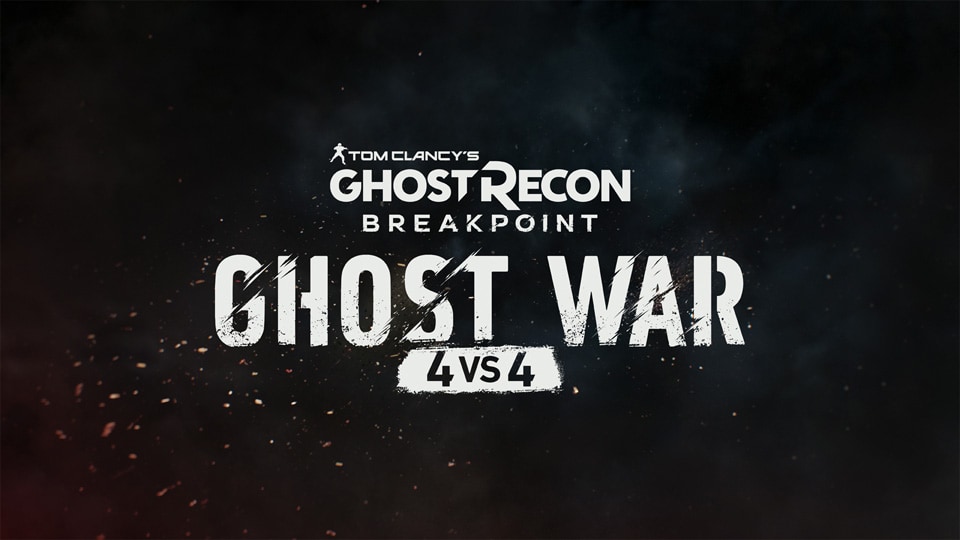 When it launches on October 4, Ghost Recon Breakpoint will bring a whole new kind of Ghost War to the occupied tech paradise of Auroa. Not only will the tactical, class-based, 4V4 PVP skirmishes be available from day one, but they're now closely intertwined with the campaign.

You'll dive into Ghost War matches as your customized Ghost, the same one with which you've been exploring the massive open world of Auroa in the campaign. You'll be able to bring any character progression you've made in the campaign to PVP, including your favorite gear, modified weapons, custom loadouts, perks, and class abilities. And any progression, loot, or other rewards you earn in PVP will also be available to use in the PVE campaign.

"Everything you do in the game – whatever you choose to play, all the time you invest in the game – will feed into your character," says Creative Director Eric Couzian. "You never waste a minute."

At launch, Ghost War will feature two modes – Elimination and Sabotage – along with six maps with changeable weather and time of day. The maps are places you can visit in the open world, but they've all been hand-crafted specifically with PVP in mind, with diverse terrain and features designed to suit every class and play style. These maps start out big, but in Elimination mode, they eventually get smaller; near the end of each Elimination match, the map's deadly perimeter closes in, pushing players into a gradually shrinking combat zone with fewer places to hide.

Even with campaign loot and abilities at your disposal, nobody gets to be OP in PVP. With so many ways to progress your character, Ghost War keeps its fights fair by making them purely skill-based, meaning anyone entering PVP can be dropped by a few well-placed shots from any weapon.

"We want PVP to be balanced and fair," says Alexandru Rais, lead game designer on Ghost War. "We did this by adding PVP-specific tuning to the game; this means there are some systems – for example, weapons – where we tweak the stats a bit to ensure there are no overpowered weapons in PVP. This, in return, allows players to use all the weapons in PVP as well, choose whatever weapon they like, and whatever weapon fits their playstyle."

Ghost War also changes the way things like healing items, drones, and class-specific abilities work. Instead of automatically filling the meter that lets you use class abilities over time, for example, Ghost War makes you actively fill it by marking enemies, attacking them, and reviving teammates. Also, drones in Ghost War work like consumables, and in order to find them – or healing syringes, or grenades – you'll need to scour the map for randomized item caches.

"We really want to not reward passive behavior," says Rais. "What we saw in Wildlands PVP is, when there was at least one team being active for the duration of the match, we had a hunt-or-be-hunted experience that we truly believe is unique to our game. So we tried to nudge things in that direction for Breakpoint."

When a drone takes flight in Ghost War, it's a big deal. The opposing team will immediately be notified that an enemy drone is in the air, giving its operator a brief window to tag opponents – or fire on them, if you've found an armed drone – before said opponents blow it out of the sky. For a more reliable – but far riskier – look at where your enemies are hiding, you can find and hack a surveillance system somewhere on the map. Just be aware that the other team is probably making a push for it as well, so by heading toward it, you might be setting yourself up for an ambush. It's moments like these that underscore the importance of teamwork and communication, as you're far likelier to survive a hacking attempt with at least one buddy along to watch your back – or to carry you to safety and revive you if you get shot down.

Then again, there are plenty of other ways to zero in on opponents. The locations of downed players are briefly visible to both teams, meaning you can ambush enemies coming to revive a fallen comrade. Downed players can also stay in the action as spectators until they're revived – or after they're dead – and swing the camera around their teammates to ping any enemies or points of interest with an onscreen marker.

Ghost War's action will run on dedicated servers, ensuring not only a more stable experience, but also a fairer one, as the servers give the developers more direct control over restricting hacking or cheating. And that's only the beginning of what's in store. Post-launch, Ghost Recon Breakpoint will gradually bring new maps, modes, and special events to Ghost War, along with new classes that will be available both in PVP and PVE.