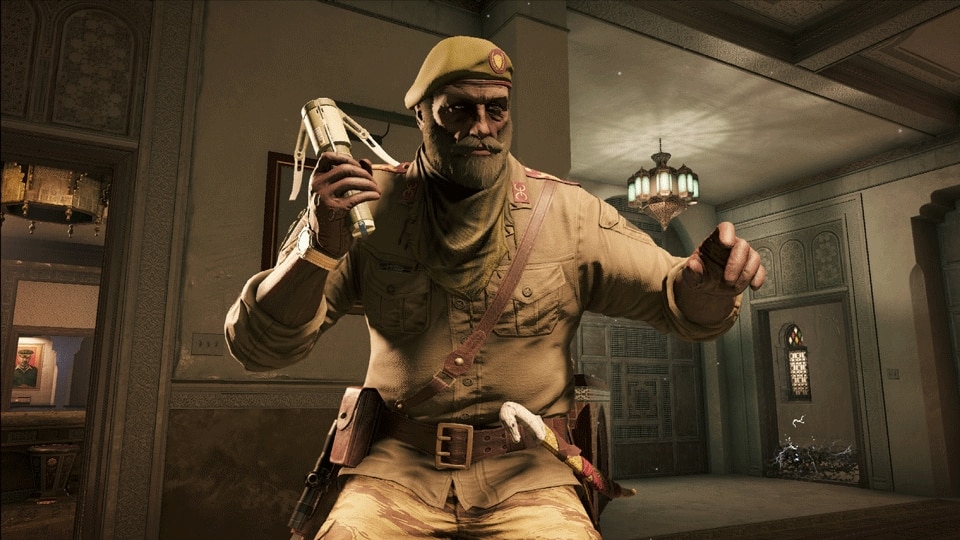 Operation Wind Bastion has arrived in Rainbow Six Siege. The fourth and final season of Year 3 introduces Nomad and Kaid, two new Moroccan Operators with explosive and electric gadgets, respectively. There's also a new map, an array of significant updates, and a new opportunity to support your favorite Pro League teams. Players who own the Year 3 Pass have access to Nomad and Kaid right now, while everyone else will be able to unlock them beginning on December 11 using Renown or R6 credits. Check out the video below to see the Operators in action, then read on for more details.

Nomad is an attacking Operator who is armed with the Airjab launcher. The Airjab projectiles are sticky proximity charges that release a strong blast of air when triggered, shoving nearby Operators back and knocking them to the ground. On the defending side, Kaid comes armed with Rtila electroclaws; these throwable devices can be deployed on walls, floors, and ceilings. Once active, they electrify all metal reinforcements in their area of effect, including reinforced walls, barbed wire, and deployable shields.

The new map, which is free for all players, is called Fortress. It is a military training facility that doubles as home to Kaid, and its distinctive southern Moroccan architecture will come in handy when calling out enemy positions to your teammates.

Operation Wind Bastion also brings a number of game updates, including a redesigned in-game shop with full-screen view for weapons, a new light UI theme option, and other improvements. An updated throwing arc for throwable gadgets (except for the Nitro Cell), an area-of-effect indicator for Nomad and Kaid's gadgets (only visible to the Operator using them), and changes to the Ranked and Casual map pools are among the other updates.

You can now show your support for your favorite Pro League competitors by picking up cosmetic items for your Operators. These outfits and headgear are themed after 8 Pro League teams, and each of these teams will receive some of the revenue from sales of their gear.

Rainbow Six Siege is out now for PC, Xbox One, and PS4. For more on Operation Wind Bastion and other in-game events, check out our previous coverage.