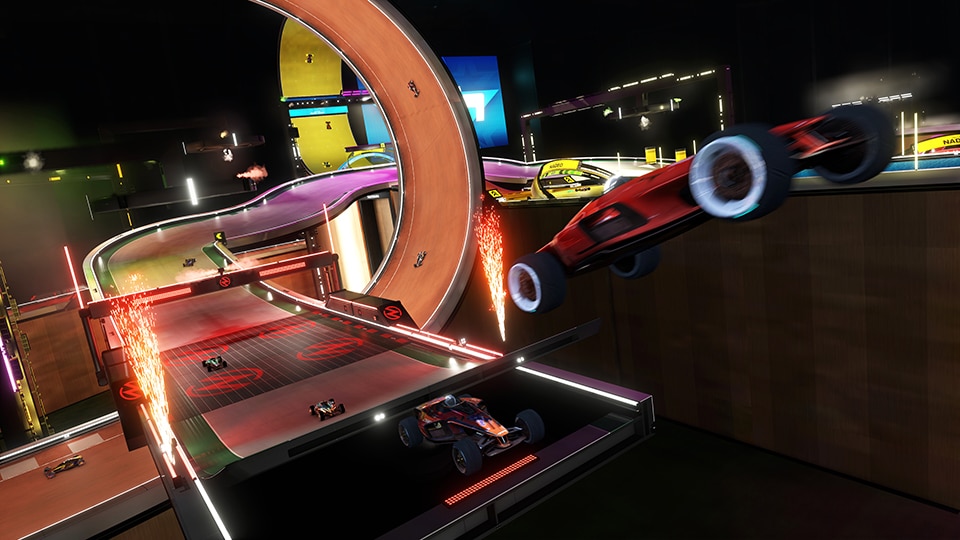 Trackmania Races to Consoles and Cloud Platforms in 2023

Trackmania is coming to consoles and cloud platforms in early 2023, bringing its fast-paced free-to-play racing formula to Xbox One, Xbox Series X|S, PS4, PS5, Stadia, and Amazon Luna. The new versions will introduce cross-play and cross-progression across all available platforms, and will have official racing content parity with the PC version, enabling new players to dive into more than 280,000 tracks created by players since its launch.

Originally released for PC in 2020, Trackmania features short, obstacle-filled courses and emphasizes community involvement, challenging players to reach the finish line as quickly (and creatively) as possible while also designing their own tracks to share with other players. Console and cloud players will join a community of more than 10 million players, and will be able to jump into new seasonal campaigns every three months.

While Trackmania is free-to-play, new players will also have the option to upgrade to one of two premium plans, gaining access to regular events including the Cup of the Day as well as social features that let players form clubs, create and share car customizations, gather in private rooms, and even create new campaigns and competitions.

Trackmania is currently available on PC, is included in a Ubisoft+ subscription, and will launch on Xbox One, Xbox Series X|S, PS4, PS5, Stadia, and Amazon Luna in 2023. For more on Trackmania, check out details on the free summer seasonal campaign that launched in July, and take a look at its team-based Royal Mode.