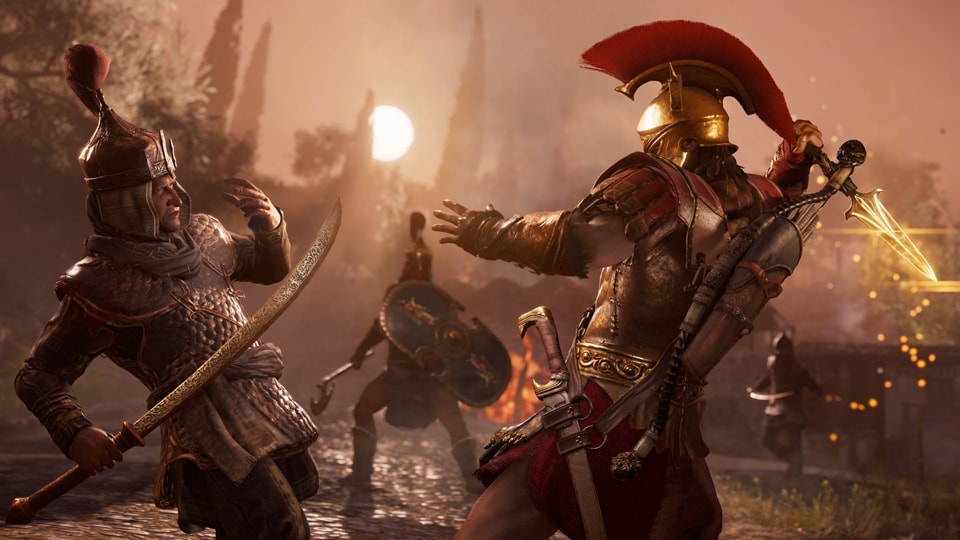 Bloodline, the third and final episode of the Legacy of the First Blade post-launch story arc for Assassin's Creed Odyssey, is out now on PS4, Xbox One, and PC. While it begins with your misthios getting a brief taste of a peaceful life, Bloodline rapidly escalates into a final, fiery confrontation with the Order of the Ancients, who've been hunting you and your friends since the story arc began.

Available to players who've completed the first two episodes and reached at least level 28, Bloodline adds a new ability to your misthios' repertoire: Fury of the Bloodline, a multi-hit Warrior attack that actually refills three bars on your adrenaline meter as you execute it. Finishing the episode also grants you a powerful new weapon, although you'll need to hunt down all the Order members in order to repair it. For more details, check out our full preview.

Legacy of the First Blade's three-episode story arc is available as part of the Season Pass, or as a separate purchase for players who own Assassin's Creed Odyssey – and now that all three episodes have been released, this is a great time to jump in. The Season Pass also includes an upcoming second episodic arc, The Fate of Atlantis, as well as Assassin's Creed III Remastered, which includes Assassin's Creed Liberation Remastered and launches on March 29.