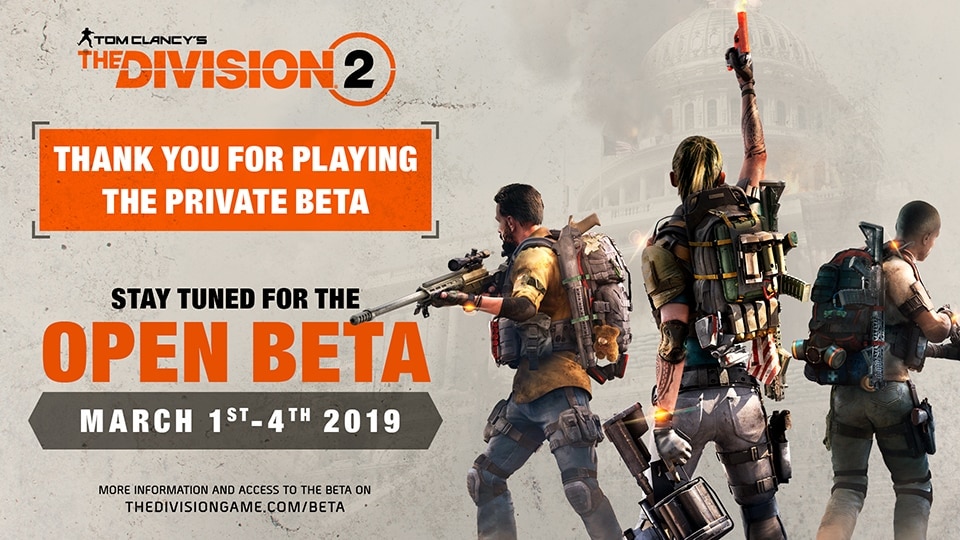 The Division 2 launches on March 15, but prospective Agents will have a chance to try it early starting March 1, when the Open Beta hits Xbox One, PS4, and PC. The Open Beta will be a chance to start exploring the post-pandemic streets of Washington, DC, and test your mettle against the violent factions terrorizing the city's civilians. The Division 2 Open Beta ends March 4. For the latest details on the Open Beta, visit the official site at http://www.thedivisiongame.com/beta.

The Division 2 will launch on Xbox One, PS4, and PC on March 15. For more on the game, check out our previous The Division 2 coverage.