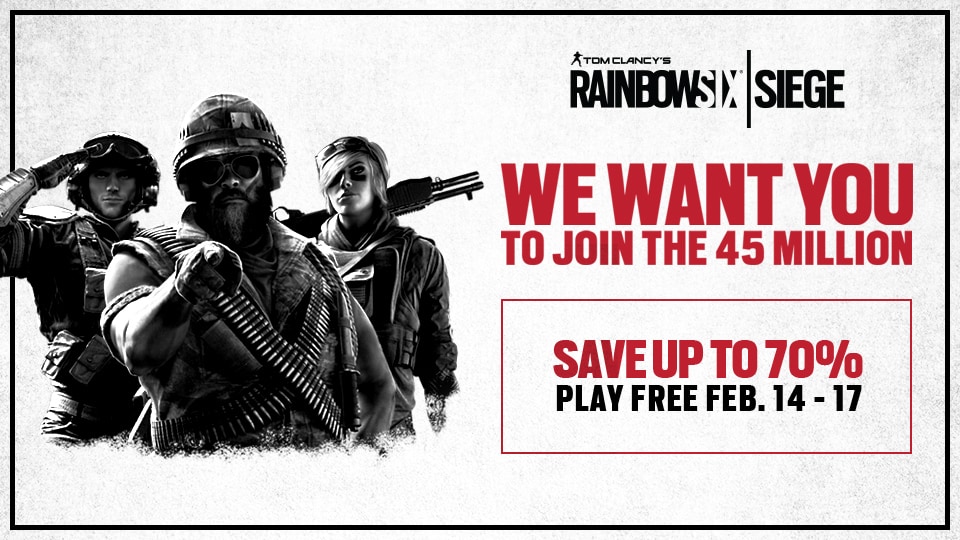 The tense, tactical, destruction-fueled firefights of Rainbow Six Siege have been thrilling players for over three years running, and this February, you can get into the action for free. Starting on February 14 on Xbox One, PC, and PS4, you can play the full game for free and see what all the excitement is about.

Any progress you make while playing during the free weekend will carry over if you decide to purchase the game and take advantage of discounts of up to 70% on new editions of the game (sale starts February 12 and runs through the end of the free weekend).

Rainbow Six Siege is poised to dive into its fourth year of new content and competitive action. Year 4 kicks off with the Six Invitational tournament in Montreal, which runs concurrently with the free weekend. Watch the pros in action on the official Rainbow Six Siege Twitch channel and for more on Rainbow Six Siege, check out our previous coverage.