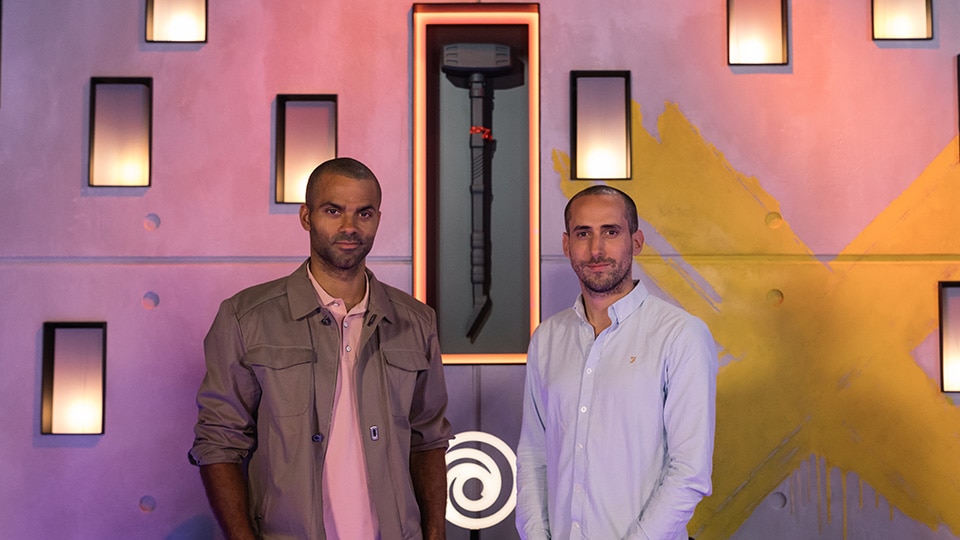 The latest Ubisoft Forward marked a new milestone for Rainbow Six Esports with the announcement of the first World Cup for Tom Clancy’s Rainbow Six Siege. For the first time ever, players from 45 countries and regions will compete in a global tournament with hopes of becoming the first team to bring the World Cup trophy home.

To celebrate this special occasion, Ubisoft reached out to international athlete and basketball star, Tony Parker, to take on the role of ambassador and share his decades of experience in international competition with the players. We sat down with Parker and François-Xavier Dénièle, Esports Director at Ubisoft, to learn more about their plans and objectives for the Rainbow Six World Cup.

Can you tell us more about the Rainbow Six World Cup?

François-Xavier Dénièle: The Rainbow Six World Cup is the latest addition to the Rainbow Six Esports ecosystem. We’ve had international competitions before, but for the first time ever, we will have a country-based tournament for Rainbow Six Siege. Players from 45 countries and regions across the world will compete at the highest level to make history by bringing home the very first Rainbow Six World Cup trophy. For fans, it will also be the opportunity to share their love, pride, and unconditional support with the team that will represent them on the worldwide stage.

Why did Ubisoft decide to launch the Rainbow Six World Cup?

FXD: We noticed during our events that both professional players and fans showcased their national pride and enthusiasm. As we saw all the different flags flying in the audience and international rivalries emerging, we began nurturing the idea of creating such a competition. The idea evolved into the World Cup we announced at Ubisoft Forward. We believe that the World Cup will be a great opportunity to celebrate the Rainbow Six Siege community, both local and worldwide, while also providing new stakes and challenges for professional players.

How does the World Cup fit into the evolution of Rainbow Six Esports?

FXD: From a grassroot community which started 5 years ago, Rainbow Six Siege has become Ubisoft’s flagship esports title, with 40 pro teams competing in four regional leagues. The Rainbow Six World Cup is independent from our existing layers of competition and was designed to celebrate our local communities while engaging with a wider audience in the local scene. It is one of the largest Rainbow Six competitions yet, and we’re convinced it will boost the local professional scenes. We’re hoping to attract a broader audience who will have the opportunity to discover the fantastic Rainbow Six Esports ecosystem and root for their country during the Rainbow Six World Cup.

Can you tell us more about why Tony Parker was a good fit to take on the role of ambassador for the project?

FXD: For the first edition of the Rainbow Six World Cup, we wanted an athlete who knew what it felt to represent his country on the global scene. We wanted someone with extensive experience and a strong interest in esports, who could share his insights with players and help national teams throughout their journey. With 4 NBA titles with the San Antonio Spurs, a European Championship title, more than 180 selections in the French national basketball team, and a true passion for esports and gaming, Tony Parker was a natural match.

Tony, what motivated you to become the ambassador for the Rainbow Six World Cup?

Tony Parker: I started taking an interest in esports about six or seven years ago and started investing last year when I opened my Academy. We built a whole section for esports in order to help young talents continue their studies while having the opportunity to develop their skills. When I was approached to be the Rainbow Six World Cup ambassador, it felt like a natural transition because Rainbow Six Siege has grown into one of the biggest games in esports, and I firmly believe we can create something special for the Rainbow Six World Cup.

Can you share a little bit more about how you see your role taking shape?

TP: I’m looking forward to speaking with the players and helping them any way I can. For me, it was always a great moment to play for the national team. It’s one thing to play for your club, but to play for your country, it’s on another level. It was an incredible opportunity and a unique feeling to play in international events, and one of my favorite memories playing basketball was when we won the EuroBasket title. I hope the players will be as excited as I was when I played for my national team and I’m sure they will have a lot of fun.

What are the next steps in the organization of the Rainbow Six World Cup?

FXD: The immediate next step will be the creation of the national committees, which will head each of the 45 national teams involved in the competition. The national committees, composed of three members, will be selected in joint agreement between Ubisoft, the professional players and coaches, and the community. They will be at the core of this competition as they will select the 5-player rosters that will take part in the Rainbow Six World Cup.