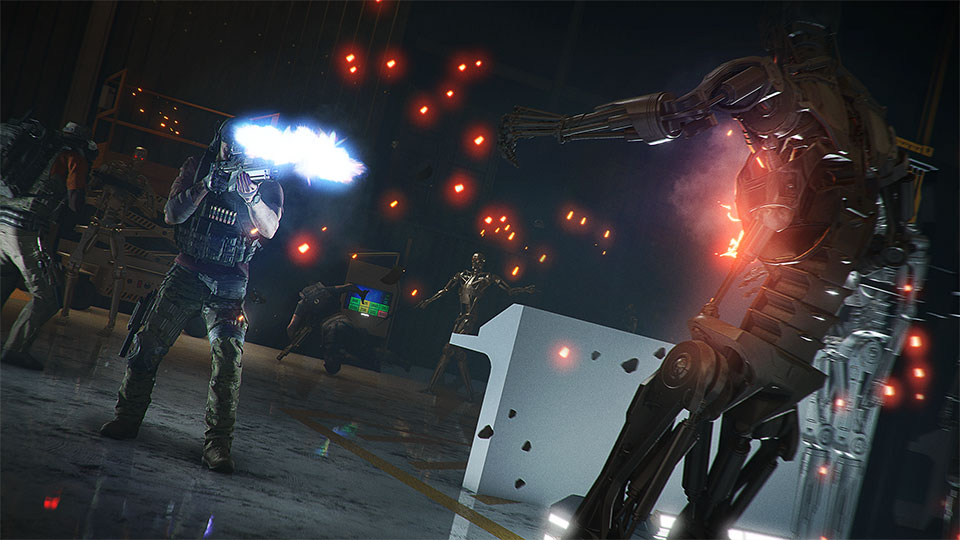 Starting today, Ghost Recon Breakpoint players have a new mission: Hunt Terminators across Auroa, and stop Skynet’s invasion by any means necessary. From now until February 6, the free Terminator Live Event introduces the Ghosts to a resistance fighter from a dark future, adds a slew of “Terminator”-themed rewards, and seeds the archipelago with T-800s in two narrative missions and an ever-changing assortment of daily Terminator-hunting live challenges.

The first mission, A Storm is Coming, is available now for all players, and you can get started by chatting up Maria Schulz in Erewhon. Here, you’ll need to track down a “wild woman” who helped Erewhon’s settlers take down a few drones, and who’s been taken prisoner by Sentinel troops. When you find her, get ready to run, because there’s a Terminator on her tail – and now it’s on yours as well.

The Terminator you face in A Storm is Coming is the first of many, and it dual-wields an SMG and shotgun that pack a tremendous combined punch. (Later Terminators switch up their loadouts, but all of them use two guns at once.) Conversely, no amount of modern firepower will destroy a T-800; even if your arsenal could easily wreck a Behemoth, a T-800 will always get back up to continue its pursuit.

To destroy it, you’ll first need to lay down enough destruction to expose the Terminator’s heart-like core, and then use a weapon from the future to pierce it. You’ll get that weapon when the mission concludes, but don’t worry – you’ll have plenty of opportunities to use it during the event. Daily interception and warfare missions respectively let you hunt lone Terminators in hiding, or meddle in battles between Terminators and Sentinel (who bring heavy drones and Wolves to the fight). And the second story mission, Clear Sky, opens on February 1 and brings the Ghosts to a secret underground bunker, where they’ll strike at the heart of the Terminator invasion. 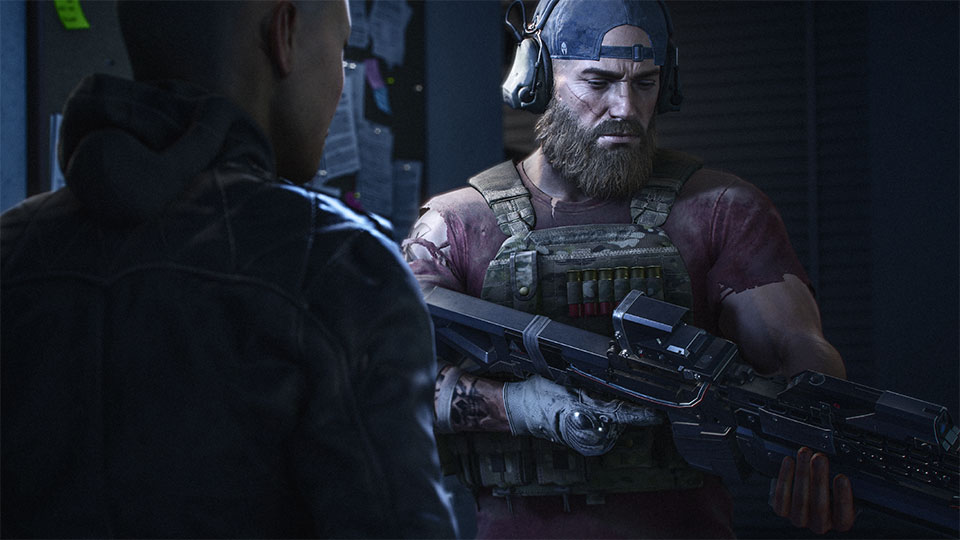 Playable solo or in co-op, the Terminator content is available immediately for players who’ve reached Erewhon, and can be completed no matter how far you’ve progressed in the game (although damaging T-800s gets a little easier once you’ve unlocked the rocket launcher and EMP grenades). The missions are permanent additions to the game, but the event’s exclusive rewards – which include cosmetic items inspired by 1984’s “The Terminator,” as well as Terminator-themed weapons and vehicles – are available only during the Terminator Live Event. Players can also purchase special cosmetic packs that can visually transform their Ghost into Kyle Reese or the Terminator.