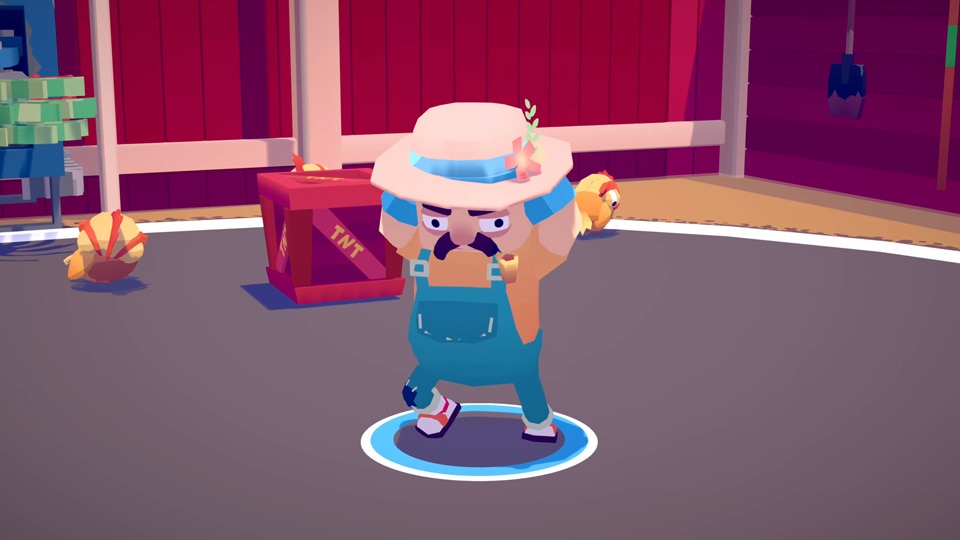 OddBallers is coming to Switch, PS4, Xbox One, and PC, and Luna (and to PS5 and Xbox Series X|S via backwards compatibility) on January 26, when players can dive into fast, frantic dodgeball matches for up to six competitors. Centering on easy-to-learn, tough-to-master dodgeball action, OddBallers will challenge players to throw, grab, and dodge their way through a randomized mix of dodgeball-themed minigames that range from straightforward matches in hazard-filled arenas to sheep-shearing competitions and team efforts to pull fish from the ocean and wield them like clubs to smash up a car.

To ensure all this inventiveness is playable by as many people as possible, Ubisoft and indie developer Game Swing worked together to make accessibility a priority for the party game. To find out more, we spoke with UI/UX Designer Maxime Ritter about the teams’ approach to accessibility and the features players can expect as they try to flatten each other with dodgeballs. 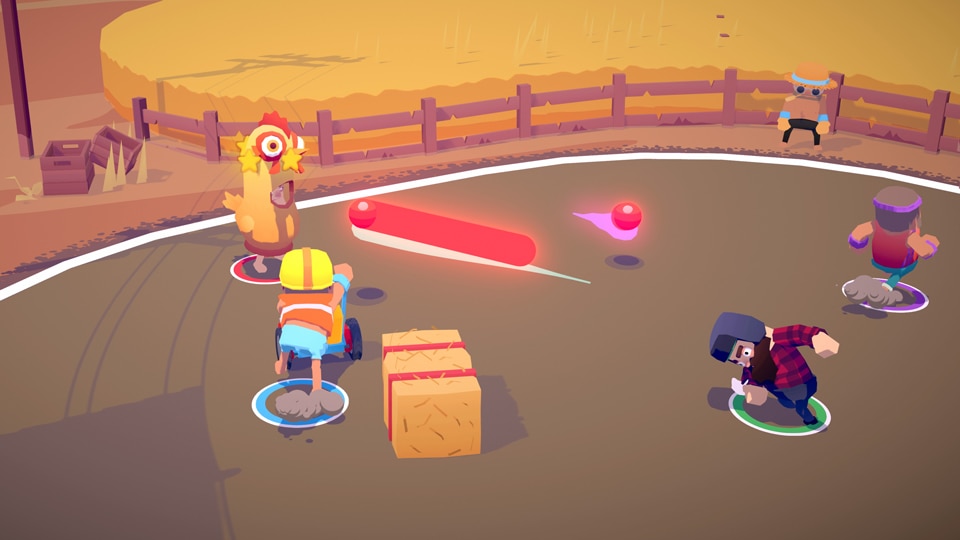 Maxime Ritter: We wouldn't say these are unique to OddBallers, but as a party game, we had common challenges. It needs to be approachable to a wide range of players, and they need to quickly figure out what to do before each game mode and, of course, be able to recognize their character in the middle of the action. The gameplay is limited by design to two main interactions – “throw” and “dodge” – and we do have a more “complex” mechanic of catching the ball while it’s in the air. That is why we allow all players to practice the controls in the lobby, which is a safe area before the game starts.

We have more than 15 different game modes that play in totally different ways. Therefore, it was important for us to have guidance screens before each game mode, using the right tools to explain the rules for the player. For example, using videos for each game mode; sequential text panels using short, direct text and good timing to display one piece of information after another; and a reminder of the controls during this guidance screen.

Finally, recognizing your character in the middle of the action is one of the hardest things, but by multiplying visual feedback, we think it helps you not to lose sight of your character (too much) during the game. For example: One color per player and an option to add a "shape" to each player; a circle around the characters' feet; the nameplate; deep avatar customization; etc.

Is there something you’re particularly proud of when it comes to accessibility in OddBallers?

MR: OddBallers is developed by Game Swing, a small external studio in Copenhagen of about 12 people. For us, all the features we prioritized and added were a challenge, given the short development time and the amount of work needed to reach our quality ambitions on all platforms. Fortunately, Ubisoft Mumbai also helped us in the development of console versions, which gave Game Swing more breathing room. We're very proud that many accessibility features made the cut for the launch of OddBallers to ensure that as many people are able to play as possible.

OddBallers features local, single-screen multiplayer for up to six players (four on PS4); does this present different challenges when designing for accessibility? Is there any difficulty in accommodating, for example, a player with colorblindness without affecting the experience for other players?

MR: As discussed earlier, player identification during the game session is a major challenge in these local multiplayer sessions that we have tried to mitigate as much as possible. In the case of a session with colorblind players, we have colorblind presets that affect the colors of all players, but since this does not impact the entire 3D scene like a full screen filter would, we believe it does not affect the perception of the game when enabled. 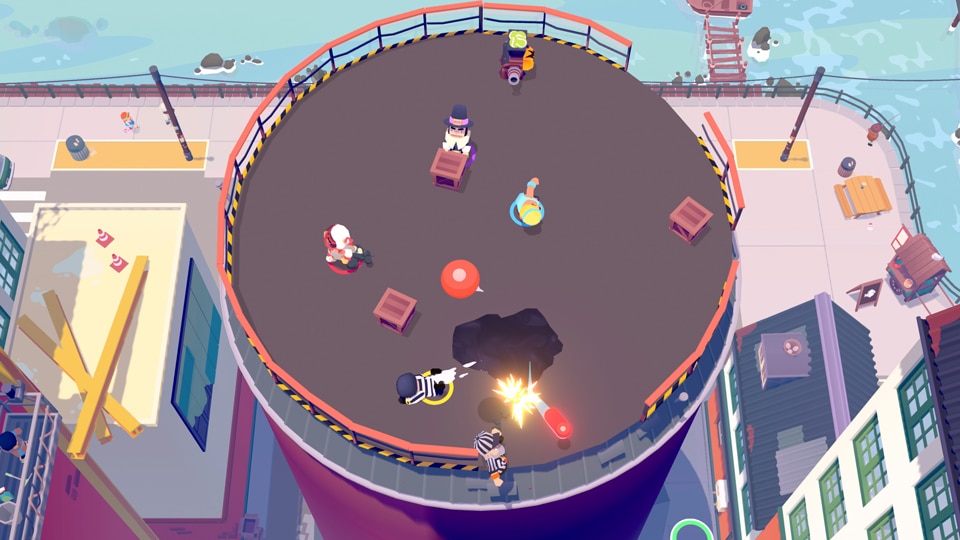 Does having a game spread across multiple platforms, including Switch, introduce any challenges for accessibility? Are certain features easier to implement on more powerful or TV-bound platforms?

MR: To be honest, not really; it was a similar challenge for all platforms, even with the smaller screen size of the Switch. We’ve tried to have a large font size by default to suit the needs of all platforms.

Here is a full list of the accessibility and customization features available in OddBallers: 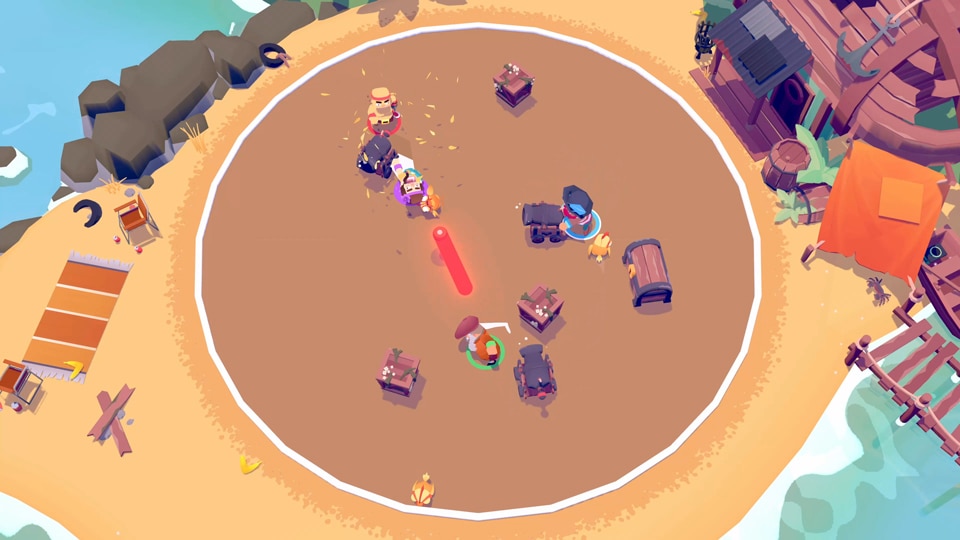 OddBallers will launch on January 26 for Switch, Xbox One, PS4, PC, and Luna, as well as Xbox Series X|S and PS5 via backwards compatibility, and is included in a Ubisoft+ subscription. For more on OddBallers and other Ubisoft games, keep an eye on Ubisoft News.