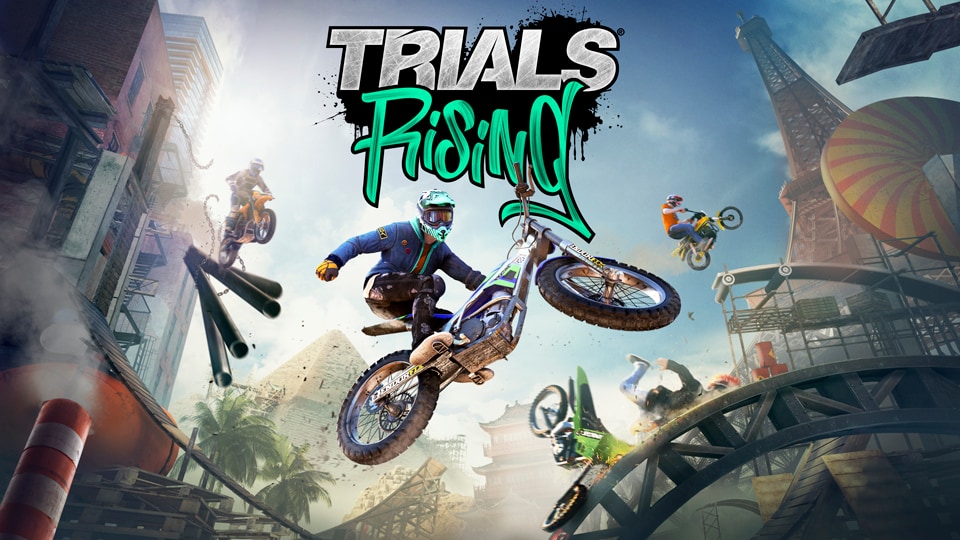 Trials Rising Out Now on Xbox One, PS4, PC, and Nintendo Switch

Trials Rising is available now, giving thrillseekers the chance to ride, flip, and spectacularly crash motorbikes through more than 120 explosive tracks in a series of worldwide events. As they compete to build their rider's international Fame, players will have the chance to tear through stunt courses in instantly recognizable locations, like the Eiffel Tower and Mount Everest – as well as less-famous (but no less dangerous) ones, like the bucking interior of a mid-flight cargo plane.

As you gain Fame, you'll attract Contracts from sponsors, which add special optional challenges that can net you extra rewards. You'll also have the chance to test your skills against other players, either as asynchronous "ghosts" or live in online multiplayer. Four friends can also go head to head on the same screen in local Party Mode – and for an entirely new type of challenge, try tackling a course with a friend on the Tandem Bike, which pushes you to work together to maneuver through death-defying stunts.

Packing new customization options to unlock for your rider and bikes, Trials Rising also adds the ability to share your custom gear and skins with the community, and earn in-game rewards when other players use them.

Trials Rising is available now on Xbox One, PS4, PC, and Nintendo Switch. For more on the game, check out our previous Trials Rising coverage.