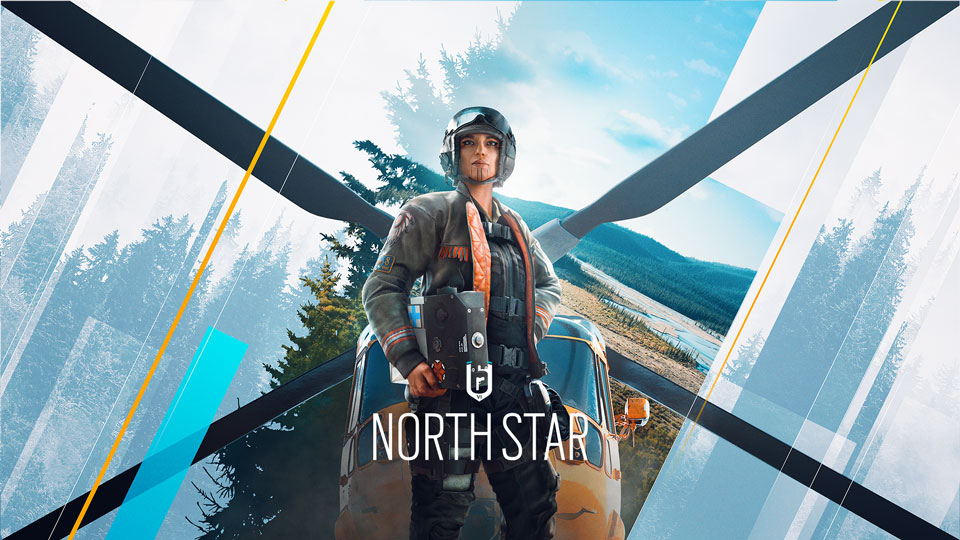 A new healing Operator named Thunderbird is en route in North Star, the second season of Year 6 of Rainbow Six Siege. Her Kóna Stations can deal out healing to Defenders (her allies) and Attackers (her enemies) alike, making them one gadget you’ll want to keep an eye out for, no matter which side you’re on. Thunderbird will be available through the North Star Battle Pass when the season launches, and North Star is delivering some impactful free updates as well. A rework of the Favela map, tweaks to barrel attachments and bullet holes, and gadget updates for Mira, Maestro, Melusi, and Smoke are among the improvements to look out for at launch.

Hailing from the Nakoda Nation — a North American First Nation — Thunderbird is a speedy Defender who offers strong support to her teammates with her Kóna Stations. These deployable devices will shoot out a boost of healing to any Operator who comes within range, replenishing lost HP to damaged players or temporarily overhealing full-health players. After delivering a dose, a Kóna Station goes on cooldown while it prepares the next dose. Defenders will see a timer icon, while Attackers looking to steal some heals will have to look for a blue cone of light indicating the next dose is ready.

Kóna Stations are easy to destroy for Attackers looking to deny healing to Defenders, but if they manage to and clear a path to one, some sweet heals could be theirs. And in addition to healing, a Kóna Station can be used by a downed-but-not-out Operator to get themselves back on their feet, expanding their potential impact. Whether they are supporting roamers as they harry the Attackers’ advance or aiding in a stalwart bomb site defense, Thunderbird’s Kóna Stations are a powerful new support gadget.

Speaking of power, Thunderbird has a formidable choice of primary weapons: either the SPAS-15 shotgun or the Spear .308 assault rifle fitted with NATO sights. For a sidearm, she can pack the Q-929 pistol or the Bearing-9 machine pistol, the latter of which benefits greatly from the tweaks made to barrel attachments in North Star (specifically the flash hider, though the compensator has also been tweaked). Round out her loadout with your choice of nitro cell or impact grenades, and you’ve got a new Operator ready to bolster the defending team.

As part of the free update suite coming with North Star, a single bullet hole in a destructible wall will no longer create a hole you can see through, meaning you’ll have to make your peek holes a bit bigger and more noticeable. Furthermore, when an Operator dies, their body will disappear after a brief interval and be replaced by a translucent Operator icon.

There are a few notable Operator gadget updates on deck as well, the first of which affects the bulletproof glass of Mira’s Black Mirrors and Maestro’s Evil Eyes. Now, the glass will shatter when melee attacked. It won’t fully break or fall out, the Black Mirror’s canister will be unaffected, and the Evil Eye can still open the shutter to shoot lasers. However, the melee attack will crisscross the glass with fracture lines and make it impossible to see through, allowing bold Attackers to severely limit the intel-gather aspect of each gadget. Additionally, Melusi’s Banshee device will now be vulnerable to bullets when active, and Smoke’s toxic gas will now be a bit more translucent and will propagate more naturally (read: it won’t go through walls).

If that isn’t enough updates for you, head over to the PC Test Server starting on May 25 to test out not only these North Star updates and Thunderbird, but also a few work-in-progress changes that will not be launching with North Star. As mentioned in the Future of Siege 2021 panel earlier this year, the Siege team is developing a way to add gameplay after death. This means that KO’d players could still control drones, cameras, and gadgets. This feature will be on the Test Server in an in-development state, as will changes to the armor system and a new bulletproof camera update that adds camera control and a recharging EMP blast to the Defender secondary gadget. Players who own Rainbow Six Siege on PC can download and play the Test Server for free, and if you do, be sure to send the team your feedback on the new features through the forums, subreddit, or social media.

Finally, the Favela map has been reworked and will be free for all players when North Star launches. Night has fallen, fireworks are lighting up the sky, and most of the exterior walls are now indestructible, giving the Defenders more protection from exterior aggression. Attackers will have to infiltrate through the two rooftop stairwell entries or the various windows and doors (as there is no more ground-floor stairwell entry), and then prepare for some close-quarters engagements. The new floor plan is much more navigable and interconnected, opening up more opportunities for both sides to use destruction to their advantage.