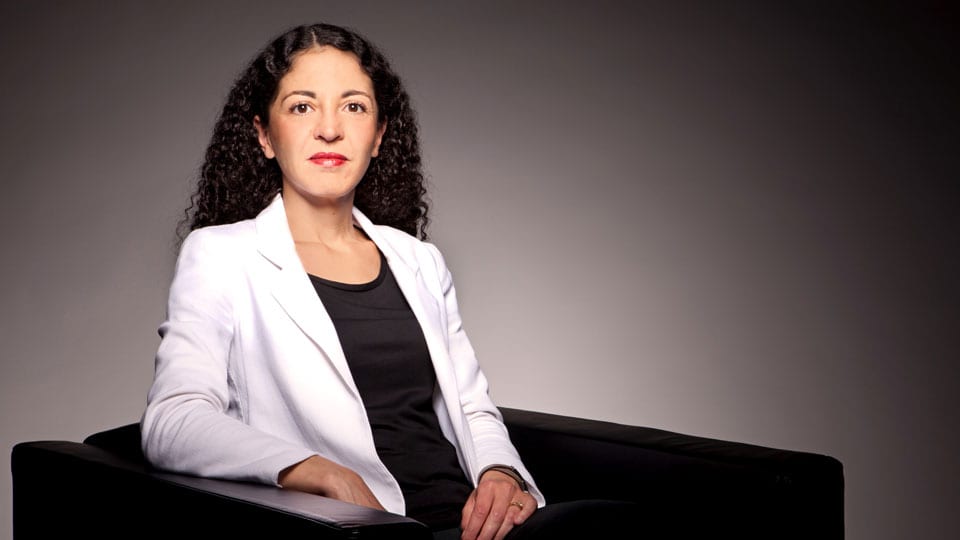 The energy of the Game Developers Conference is unlike any other convention. There's an eagerness bubbling up, as young and prospective game-industry professionals wander around San Francisco's Moscone Center and the surrounding areas looking to network. As I meet with Stéphanie Perotti at the Xbox Women in Gaming Rally, the energy is much more relaxed. This isn't Perotti's first conference, and it shows in her calmness.

Working at Ubisoft HQ in Paris, Perotti is the VP of Online Services & Casual Games, meaning she's in charge of all online services and helps oversee production on Ubisoft's family titles. Before her time at Ubisoft, Perotti studied business management in France. Despite being relatively unfamiliar with Ubisoft as a company when she graduated in 1997, she interviewed for a position and found herself enamored with the culture and people. In an effort to avoid a "boring" job right away, Perotti thought she'd have some fun at Ubisoft before moving on. 21 years later, the industry veteran has spent her entire career at Ubisoft.

While there's no such thing as a "typical" day for a VP, Perotti frequently communicates and coordinates with multiple teams across all Ubisoft titles. She also spends quite a lot of time getting in touch with player communities to find ways they can analyze and act on players' wants and needs. Although she doesn't have the time to play as many games as she'd like, Perotti loves Tom Clancy games. Her favorite Ubisoft game of all time is the original Ghost Recon on PC, and she loves the entire Splinter Cell series, more recently enjoying her time with The Division.

What do you think prepared you most for your job?

**Stéphanie **Perotti: I started like two days after my interview (laughs). At the time, we were growing like crazy and hiring like crazy, and anything was possible. We were building our jobs as we went, and there were a lot of opportunities. I think it was a willingness to grow. They were looking for people that were interested in challenges and new things. I don't think I ever had a job description, especially not when I started (laughs).

SP: It was difficult at the beginning. I wasn't exactly sure what to do at first, but Ubisoft was much smaller back then, so it was easier to get advice and to get to know everyone. We were all together back then, production and business were all in the same building. So we got familiar with all the different layers of the company much faster, because everyone was right next to each other. You hung out with each other and got drinks together. It was nice, but much less organized than it is today (laughs).

What advice would you give to young women who want to do what you do?

SP: Don't be shy. Trust yourself. Any woman in her career reaches a point where she expects or waits for something to happen, but you can't just wait around. You have to make it happen. It's up to you to define what the next step is, how far you want to go, and how much risk you're willing to take. I've had a great career at Ubisoft partly because I managed to take hold of those opportunities as they came, and said "I think I can do it." I was originally in publishing and knew nothing about tech, but I was super interested in production, so I pursued that and it ended up working out.

It's important to speak out and share your views. Talk to others. Create your network, and find other paths throughout the company. There's inspiration to take from so many people, men and women.

Have you ever had any female role models throughout your career?

Looking back on your 21 years, is there a particular accomplishment that stands out to you?

SP: There are many (laughs)! The new things stand out to me: opening new businesses, expanding to new territories and divisions within the company. It's part of my DNA. When we started everything with online games is when I made the transition from publishing to production. It was really a challenge to get into the online space, but we had to figure out how to get into it, and I helped us do that. I really enjoyed evolving and changing our organization in that way.

**Do you think diversity in the workplace is important? **

SP: Of course! All types of diversity is important. Our gamers are incredibly diverse, and we are creating experiences and games, and if we are not true to the audiences then I think we fail. I feel that if we have more diversity, we'll have better games, better experiences. We'll be able to touch more people.

In the workspace, I think it's important to stress that success is based on merit, not anything else. We're a major industry leader, so it's up to us to play a part in bringing more women into STEM jobs.

What does the Xbox Women in Gaming Rally mean to you?

SP: I think it's great that an event like this can happen at GDC. There are a lot of great women in the industry who have never had a chance to meet and share their stories. I think what's really important to me is the chance to be able to help young people and students, and show them that yes, women can be part of this industry. Women can be creators, women can be engineers, they can be anything they want.

Having this network is really important, having a place where you feel comfortable to ask questions that you might not be comfortable asking at your company, or if you're still trying to build your career. For me, this event allows for meaningful exchanges and discussion for a younger generation.