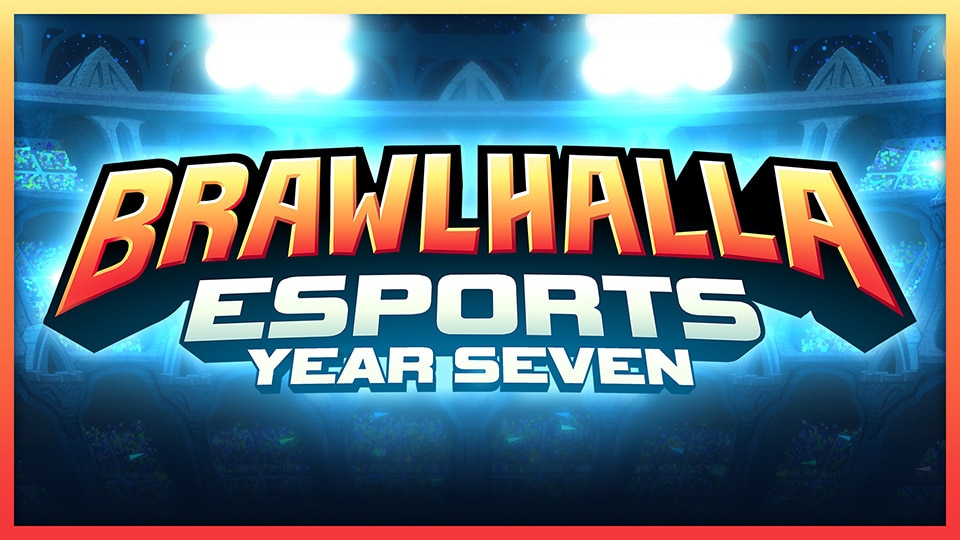 Brawlhalla Esports Year Seven starts on January 28, kicking off a series of seasonal championships where players can earn points in the Brawlhalla Power Rankings and their share of the USD $1,320,000 total prize pool. Players around the world will compete in 1v1 and 2v2 online matches during the Winter Championship, which runs for two weekends until February 6, followed by championships during spring, summer, and fall.

The 2022 season also features other pro player invitationals, starting with the OMEN Oasis Online Championship in February, where the top players in the North American and European Power Rankings will battle it out online in their respective regions. In June, the top 32 players in the worldwide Power Rankings will compete at the Mid-Season Invitational Championship. Year Seven will also host the first official online Japanese tournament in Brawlhalla, and will offer fans new rewards through an improved viewership rewards system.

In November, the competitive season concludes with the seventh annual Brawlhalla World Championship, aka BCX, with the largest fighting game tournament prize pool ever. BCX 2022 will be an open sign-up competition, giving every player, regardless of ranking, a chance to compete for the top title in Brawlhalla Esports and a share of USD $500,000.

Players can register for the Winter Championship and, when the brackets are live, every other open tournament here: https://smash.gg/brawlhalla. Seasonal championship matches will be streamed at https://twitch.tv/brawlhalla and https://youtube.com/brawlhalla. Brawlhalla is available to play for free on Xbox One, Xbox Series X|S, PS4, PS5, Switch, PC, Mac, and mobile devices, and supports cross-play across all platforms. For more on Brawlhalla, check out our dedicated news hub.