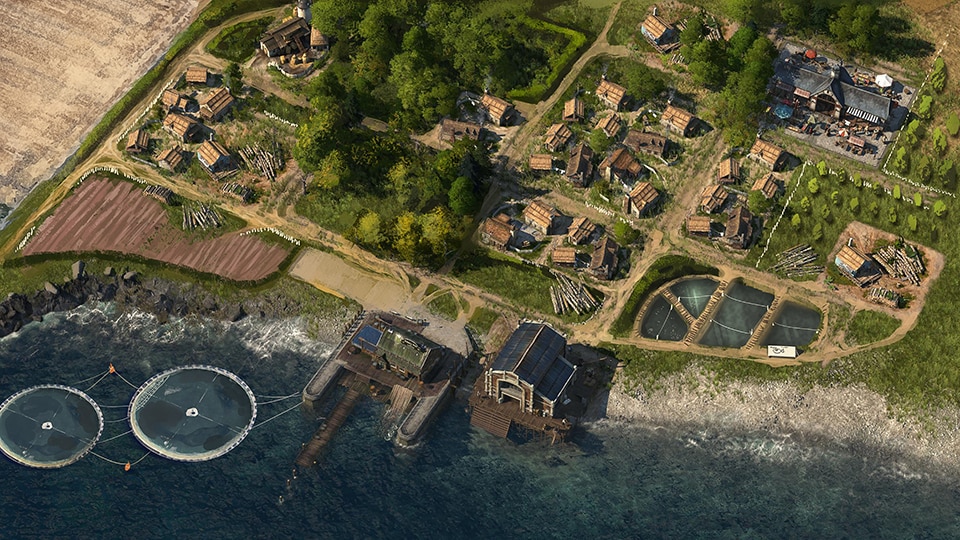 The second annual Green Game Jam – organized by the UN-facilitated Playing for the Planet Alliance – brought leading videogame companies together to create new “green activations” in their games. These activations could include features and messages, such as new modes, maps, themed events, storylines, and in-game messaging with an environmental theme. This year, the aim was to highlight to hundreds of millions of players worldwide the critical role of forests and oceans in the fight against biodiversity loss and climate change. 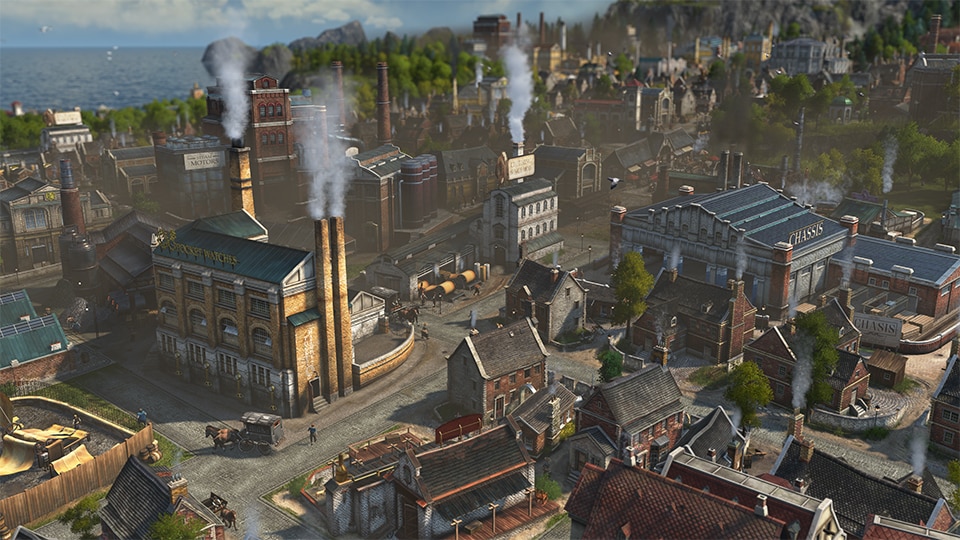 In Anno 1800, which takes place in the era of industrialization, players interact with and take advantage of the environment around them without repercussion. To highlight the importance of sustainability and the interdependencies of ecosystems, the concept the team proposed for the Green Game Jam was the introduction of a new game mode with upside-down game rules focusing on these themes.

We caught up with Christoph Knauz, producer on Anno 1800, to learn more about the team’s participation in the Green Game Jam and the new game mode they are developing, which they plan to release at the end of the year.

How did the Anno team join the Green Game Jam this year?

Christoph Knauz: I was immediately interested when I heard about the Green Game Jam. I sent out an email to the whole Anno team to find volunteers, and about a dozen people accepted the invitation to join. Most of them were programmers and game designers. This team worked on creating the concept for the new game mode, and now it is being integrated in the production pipeline and our content release schedule. 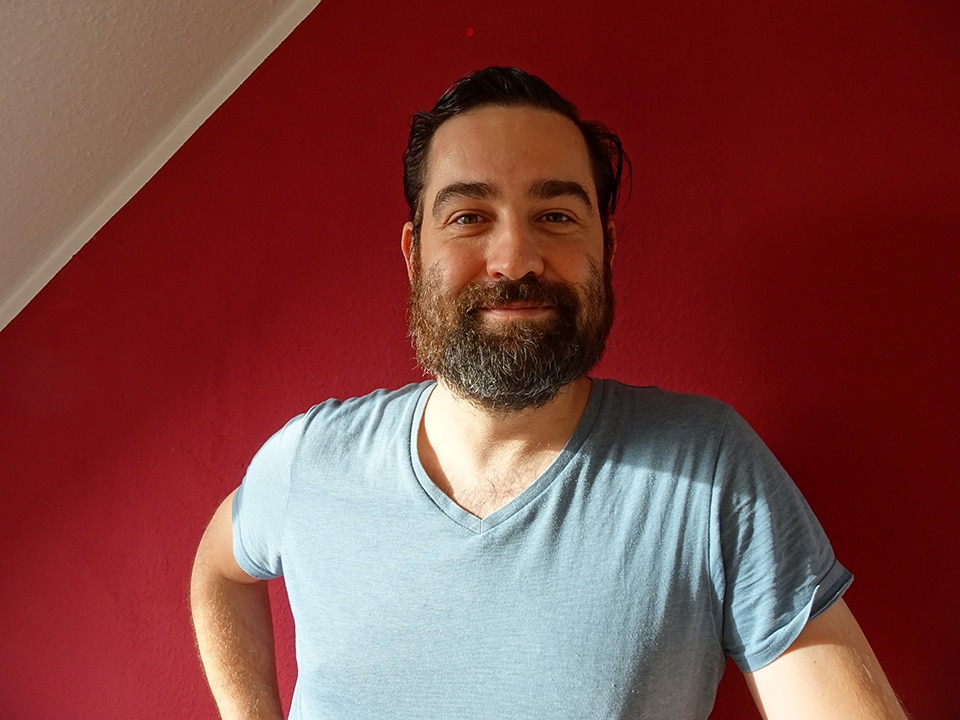 Are environmental topics already a part of the Anno series?

CK: The Anno team worked on environmental topics a lot in the past, for example with Anno 2070, which is set in a world where rising sea levels and climate change have affected the environment and players need to decide how to adapt.

However, talking about environmental issues head-on didn’t really fit in the time period in which Anno 1800 is set. The 19th century was the age of industrialization and increasing pollution, but no one was really worried about it at the time. We don’t make historically accurate games, but it was important for us to make it believable thematically. But now that the game is out, we can be a little more experimental with the content we release. We saw the Green Game Jam as an opportunity to use our game to tell players about these issues that we all need to act on.

How did the team come up with the concept for your proposed game mode?

CK: We started having brainstorming sessions with all the team members to discuss what we could do within the framework of the initiative, and the theme of conserving and restoring forests and oceans. We discussed different options, like re-introducing some past features, but we thought it would be interesting to build a totally different experience from the usual Anno gameplay. We quickly found out that we wanted to create something special outside the lore of Anno 1800, to increase the impact. 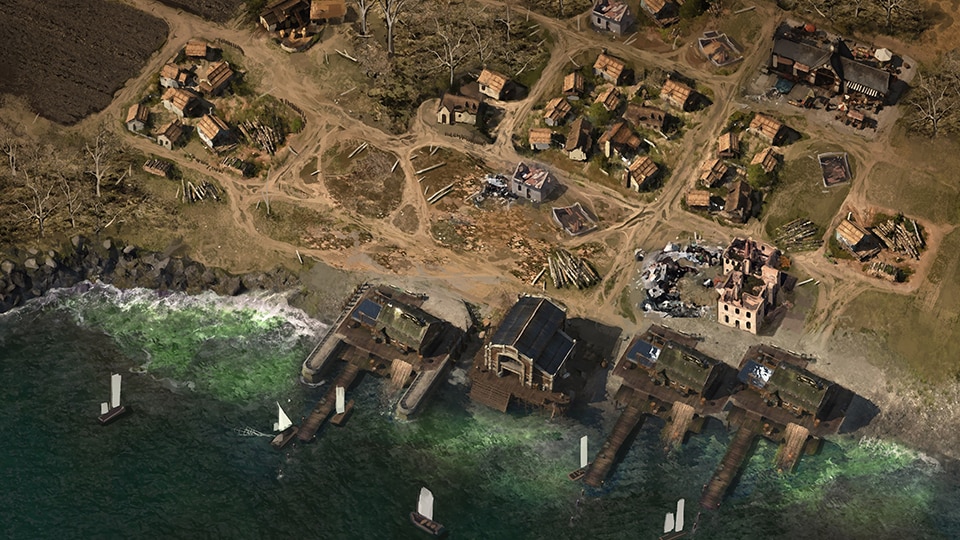 Replayability seems like a major part of your concept. Was it important for the team to create an experience where players were encouraged to fail, learn, and do better next time?

CK: Anno is a good-natured game. It’s quite hard to fail on the easy and normal difficulty levels, and this is intentional, because we want players to be able to progress and build something beautiful. Some people play 500 hours or more in the same save file!

Someone on the team – probably a fan of roguelike games – wanted to test a game mode where it was easy to fail. We thought that would make the message about sustainability even stronger. In this mode, we want the player to try, maybe fail after thirty minutes of gameplay, try again, use what they learned to play for a little bit longer, and keep improving with each attempt.

We are eager to see how players enjoy this new mode!

What kind of research did the team conduct to create this concept?

CK: We participated in different workshops as part of the Green Game Jam. We discussed how to design activations that deal with environmental topics, and we also attended presentations on the climate crisis and the destruction of forests.
There’s also been a lot of sharing and discussion between the different Ubisoft studios who are participating in the Green Game Jam so we can learn from each other. During the process, it was important not to lose sight of the fact that we want to incorporate environmental messaging without frustrating players. We want to give them something to think about and empower them to act, while keeping the gameplay experience fun.

What role do you think videogames can play in educating or engaging players with regards to the environment?

CK: Videogames now reach billions of people, so as game developers we can play a big role in helping people understand and be more aware of the environmental crisis. It’s our responsibility as developers to make the most of that reach, for example, with messaging in our games.

It’s also important to have a look at how we can build and adjust our games technically by, for example, optimizing them to save power. There are many ways the gaming industry can have a greater impact, both in the messages of games and in their design. We hope our game mode will lead players to confront climate change, learn something, and be inspired to act.