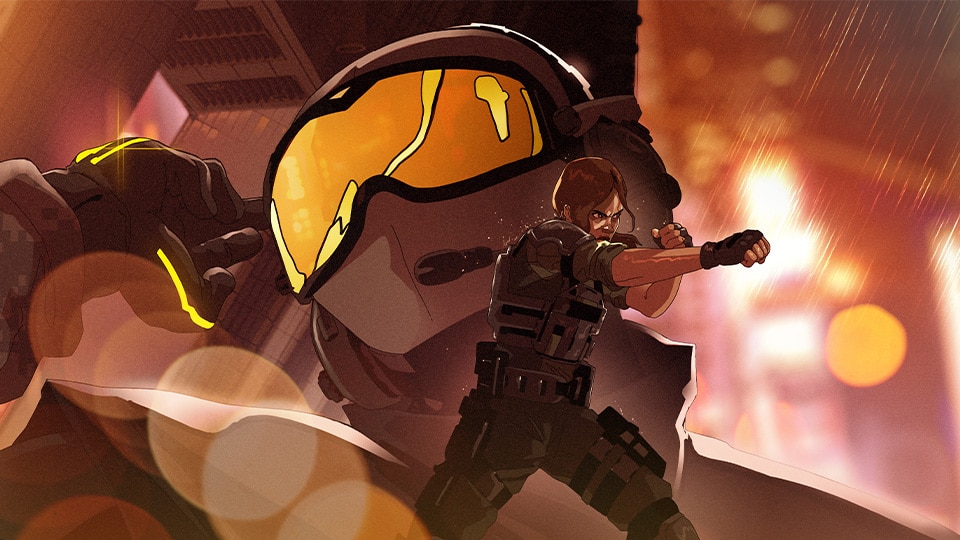 Operation Solar Raid, the final season of Year 7, is now underway in Rainbow Six Siege. This season's free updates for all players include the high-tech Nighthaven Labs map, crossplay (on consoles), cross-progression (across all platforms), a revamped Battle Pass progression system, new anti-cheat and anti-toxicity measures, Ranked 2.0 (a new way to correlate rankings and skill ratings), the removal of friendly fire from the prep phase, and even more updates that you can read about in our Operation Solar Raid Operator and Gadget Guide.

Speaking of the new Operator, her name is Solis, and she brings her SPEC-IO gadget into the field to aid her Defender allies by spotting, identifying, and scanning the Attackers' electronic gadgets. See her in action in the video below, and unlock her now through the premium track of the Solar Raid Battle Pass, or when she becomes unlockable in two weeks with Renown or R6 Credits.

Rainbow Six Siege is available on PS5, PS4, Xbox Series X|S, and Xbox One, as well as on PC through the Ubisoft Store and as part of a Ubisoft+ subscription. Read about the previous season in our Operation Brutal Swarm Operator and Gadget Guide.