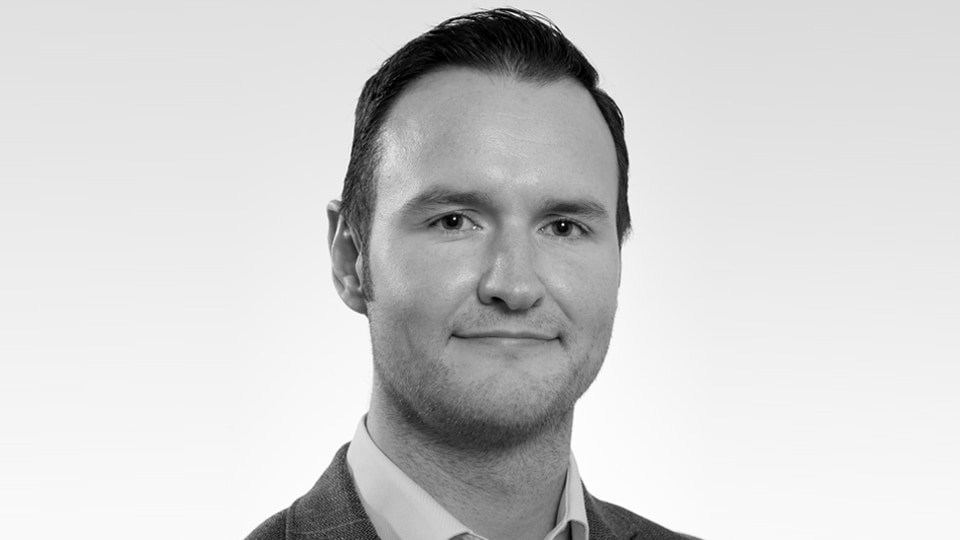 Assassin's Creed Odyssey is the biggest adventure in Assassin's Creed history, with two possible heroes, a gigantic open world to explore, and plenty of potentially story-altering decisions to make. The official novelization, which takes one possible path through the story as Kassandra, is now available. To create the novel, Ubisoft turned to author Gordon Doherty, whose body of historical fiction includes the Legionary and Strategos series. To find out more, we chatted with Doherty about his influences, his collaboration with the game's developers, and how the novelization came to life.

Tell us a little about your background. What draws you to historical fiction, and what was it like to go from writing novels about the Byzantine Empire to one set in Ancient Greece?

GORDON DOHERTY: I'd really, really, really like to own a time machine, and go back to see all the things I've read about and heard of. Of course, a time machine doesn't exist, so writing is my way of getting back to these periods as best as I can, the periods that interest me.

It was initially classical Greece that interested me instead of [Byzantium]; the tail end of the period in which Assassin's Creed Odyssey is set, and the period of Alexander the Great that followed. I used to love, and I still do love, reading David Gemmell's books, and Valerio Massimo Manfredi, an Italian writer, his work on the rise of Alexander. I just found it so evocative; you can come home from work one day, with a pounding head full of neglected tasks and things that didn't go well during the day... and within five minutes, you can be walking down a dusty track in a deep valley, you can hear the cicadas singing, feel the sun on your skin, you can hear the Aegean crashing on the shore. That kind of escapism, for me, was a time machine. That's the closest I've ever felt like I wasn't in the modern world, that I was actually transported back in time.

So when Ubisoft approached me with the idea of writing a story set in the Peloponnesian War, it was a pretty enticing idea. I came to it with a sense that I was returning to the root of what drew me into writing historical fiction in the first place. It was a way of circling back to my original interest.

What experience did you have with Odyssey before writing the book? Did they show you the game script? Did you get to see it running?

GD: It was a mixture of things. My first view of the game was a look at the game's script itself; that was quite a daunting prospect. The team sent over a Word document, and it wasn't a small document – we're talking 1,750 pages. Because they already had quite tight deadlines, I think I had something like three or four days to read and digest the whole thing. That was quite a challenge; I didn't see much daylight for about four days. I was in my office with, like, matchsticks keeping my eyes open for as long as I could stay awake to take it all in. I had a chart on my wall, and I was trying to map out the events, understand the arc of the story, quests, and the characters, and it was quite an intense period.

That was followed up with a really enjoyable visit to Quebec City and Montreal, to actually see the development studio, and meet with the artists, the directors, and the brand directors, and all of the key players on the game. The idea there was I would talk them through how I visualized novelizing the game, and it also allowed them to show me, for the first time, footage of cutscenes from the game, and artwork. [I saw] how the coders, the artists, the story writers, and the researchers actually pull together such a mass of information and ideas, and put it all together into an epic saga.

You have historical details in the book that aren't present in the game; the way a Spartan shield is built with a bronze sleeve on the back, for example. How much independent research did you do for this, and how much were you able to use what had already been done for the game?

GD: I had what I initially thought was a decent understanding of classical Greece, but then I started to research deeply into the specific time period of the game, just around the beginnings of the Peloponnesian War. As when writing any book, I tried to identify maybe five or 10 key [historical] texts, and tried to read them just like I did the game script – intensely, trying to absorb as much as I can, taking notes to build up documents and a catalog of knowledge about the period. And I understood that what I thought was a decent knowledge of the time was actually quite superficial.

So I got a lot of things [from that research], like the sleeve in the shield, and the Spartan spear having a sharp head and also a bronze spike on the base – the thinking being that as they walked over fallen enemies, they could stamp down the bronze spikes and finish them off while keeping the sharp end of the spear up and ready to fight the next person. That kind of detail really fleshes out your picture of warfare, of one aspect of the period.

There's so much to learn about Spartan society; it's a really, really alien culture, and it's intriguing, it really is. The notion of the two kings of Sparta might be familiar to most folks, or things like the 300. But the rest of their government system – they had five Ephors, as they were known, five people who were essentially higher than the kings. They could control the two kings, they could tell them what they could do and what they couldn't do, and it was up to the Ephors to decide whether Sparta went to war or not. So you think that "king" means "all-powerful;" a king can decide what his nation does or doesn't do. But the Ephorate, as they were called, were essentially the power behind the state. There's a good quote about that system, describing it as a two-headed dog, chained by a five-headed master. The two kings are ferocious, they're powerful, they're strong – but really, it's the Ephors who have the ultimate say in things.

I definitely learned a lot from what Ubisoft gave me from the script, but I pride myself on learning everything I can from my own efforts as well. So it's a combination of both. Research is a massive thing for me. There's a big trade-off, always, between narrative tension and historical accuracy. And with my independent work, I'm always faced by points where I have to make a decision between massaging history or [portraying] it doggedly. You don't have to explain everything to the reader [about the period], but you can give enough of a taste to get people interested, hopefully.

Assassin's Creed Odyssey has multiple paths you can take through the game, and two different protagonists. How did you decide on the path the book takes?

GD: It was definitely a collaboration [between me and Ubisoft]. It was fairly clear to me, though, that there were key tasks, and Ubisoft confirmed that there are definitely things that have to happen. There's a spine to the story. They gave me the remit to steer Kassandra through one particular path through the storyline, and not to have to digress and do side quests.

So with that, I put together a story plan – which is quite an abrupt and concise outline of a story – and when I got to the meeting in Canada, I took the team through my plan, and they agreed with certain parts, and other parts they said, "actually no, that's not quite right, you need to take her here instead of there, or she needs to be more sympathetic here, or more ruthless." And I sort of honed and shaped it that way. It was an intense few days, but really, really useful.

The novel isn't a one-to-one adaptation of the game's events; you exercise a certain amount of license to make events more plausible from a literary perspective, for example making Kassandra work for months to earn the Spartan soldiers' trust in Megaris. How did you decide when to go off-script?

GD: It's partly intuition. I put together a timeline of the Peloponnesian War, and the key events that happened throughout the war. Some of them are spread about quite far, and some of them are a year apart, or many months apart. And sometimes, that was the thing which guided me. I knew that the next thing Kassandra would be doing would put her at Athens at a particular point when something happened in history, and she's currently in the Megarid. I didn't want to have her in Athens two days after being in the Megarid. I wanted it to feel like there was a passage of time in which would make it more plausible for her, as a character, to develop and become a little more hardened to the realities of war.

In the game, when she's in the Megarid, it might be, like, a few missions back-to-back without necessarily that sense of becoming, essentially, a kind of hardened veteran through organized warfare. But with the novel, she spends some nights on her ship, watching the dead being buried. She marches to war. I don't want to give too much away, but it really felt like after her time in the Megarid, she'd come out of it callused, with her eyes opened to real warfare. Whereas prior to that, she'd only been exposed to mercenary work, like skirmishing, ambushing, or robbing. It changed her as a character.

Another thing which caused me to speculate slightly, and expand on the game script, was that there were points where we didn't have the [scene finalized in the game at the time]. So the easiest way to fill it back out was with artistic license. For example, at the point where Kassandra has to obtain something from the hideout of the Cyclops – I'll say no more than that – the objective is definitely from the game script, but the sequence and how it plays out are mostly from] my imagination. There were several places where I knew what Kassandra's goal was, and I knew her motivations, but I didn't have more specific details. I was grateful for the blank canvas that allowed at certain points. So there were quite a lot of points where artistic license was the right way to go, I think, to add extra value to the storyline, and also to give that feel of time passing, of several years passing in the story.