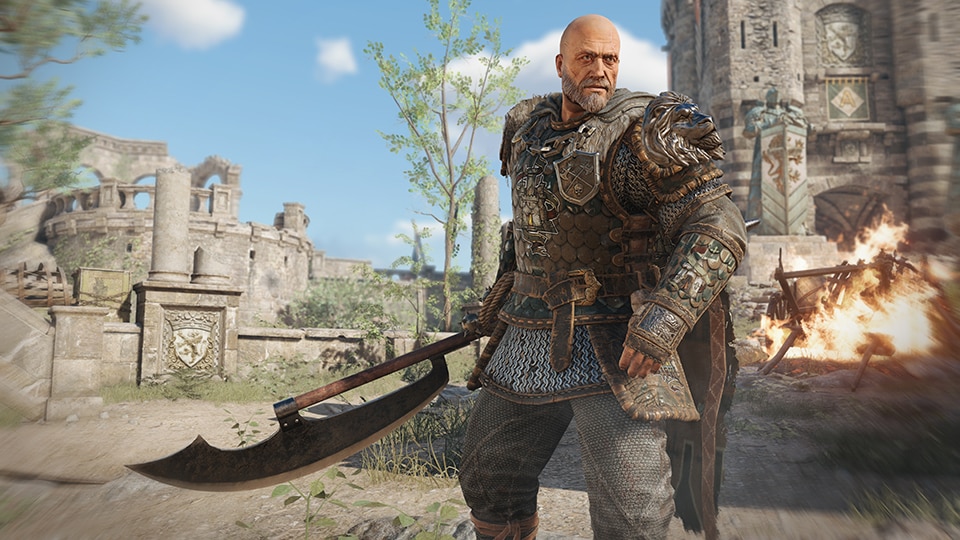 Following the release of the Warmonger, For Honor’s Year 4 marches on with the introduction of a new Hero on December 10. Called Gryphon, this polearm-equipped Hero was originally a part of the Order of the Lawbringers before Apollyon’s death forced him from the Order and drove him to a mercenary guild. On December 10, Gryphon can be purchased from first-party stores as part of a $7.99 package that includes the Hero, one exclusive ornament, one Elite Outfit, three cates, and seven days of Champion Status.

Tune in to this thursday’s Warrior’s Den on twitch.tv/forhonorgame at 9AM PT/12PM ET for a closer look at Gryphon, and to snag a couple of scavenger crates via Twitch Drops. Viewers will also get a chance to receive 100,000 Steel or the new Hero.

For Honor is available now on Xbox Series X | S, Xbox One, PS5, PS4, and PC. For more on the game, check out our previous coverage.