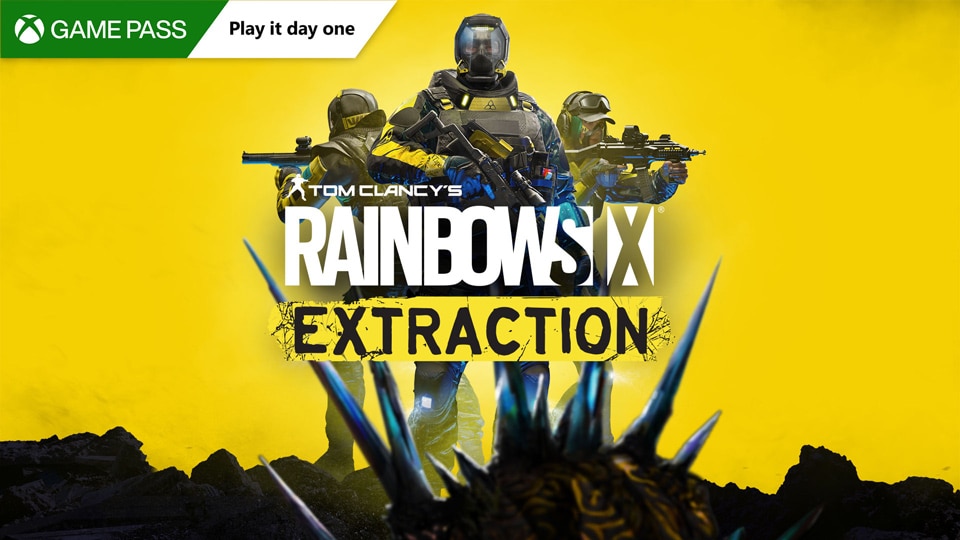 Ubisoft announced that its Ubisoft+ subscription service will be coming to Xbox in the future. Originally launched for PC, the service allows access to more than 100 Ubisoft titles at a single monthly cost, with games and DLC available on launch day, and monthly rewards including cosmetics, boosters, in-game items, and more. But that's not all -- Ubisoft also announced that Rainbow Six Extraction will be a day one addition for Xbox Game Pass and PC Game Pass members, allowing them to play on Xbox consoles and PC right from the game's launch on January 20. Rainbow Six Siege, already available as part of Xbox Game Pass, will be available to Xbox Game Pass Ultimate and PC Game Pass members the same day, giving PC players the chance to squad-up for even more Rainbow Six action with their friends.

Rainbow Six Extraction is a co-operative PVE experience that places players in the shoes of well-known Rainbow Six Siege operators with up to two friends, facing off against a mysterious alien menace that threatens life on Earth. With 18 operators to choose from and a variety of unique gadgets and weapons at their disposal, players will need to communicate and think tactically to take on their otherworldly adversaries and safely extract their captured teammates.

“By making Rainbow Six Extraction available to Xbox Game Pass and PC Game Pass members on the day and date of its launch via Xbox Game Pass, we’re demonstrating that we believe in the value and choice that game subscriptions offer to players,” said Chris Early, Ubisoft’s Senior Vice President of Strategic Partnerships and Business Development. “Rainbow Six Extraction for Xbox Game Pass and PC Game Pass members is just the beginning. Ultimately, we will offer the Ubisoft+ subscription service to Xbox owners so that they can enjoy the full extent of our Ubisoft+ game library, including new releases, on their consoles.”