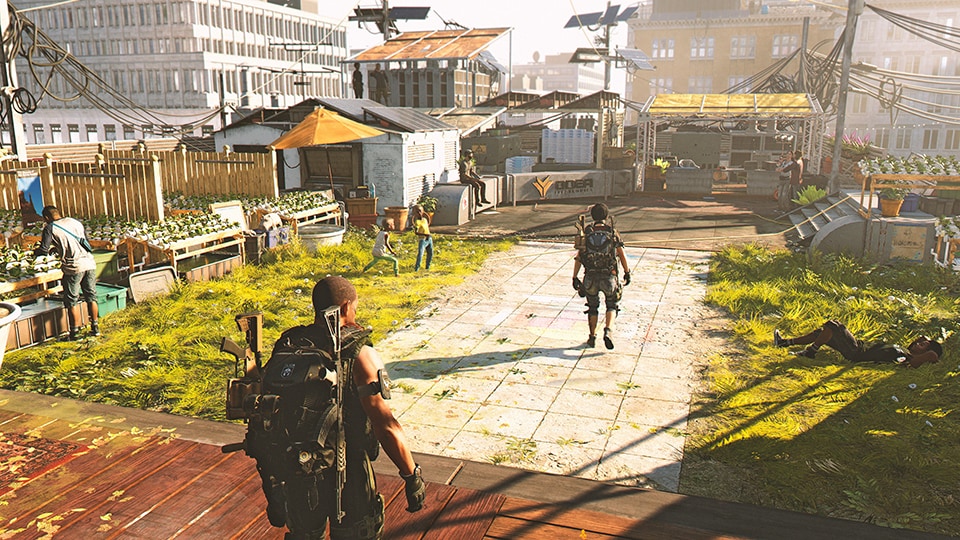 Get ready, Agents. The Division 2 Open Beta kicks off on March 1 on Xbox One, PC, and PS4, and it's packing plenty of chances to battle it out on the streets of post-pandemic Washington, DC. From March 1-4, you'll have the opportunity to play through three main missions – including a new mission not playable during the Private Beta – from early in the game. You'll also have a chance to experience what awaits you in the challenging endgame, and take on other players in multiplayer PvP matches. Just like the full game itself, the Open Beta is playable solo or with up to three other friends.

The Open Beta contains action to keep you busy throughout the weekend. You'll start by taking back the White House and converting it into your Base of Operations. From there, you'll be able to explore the open world of Washington, DC through a variety of side missions, in which you'll help the locals rebuild society and take back enemy-held control points throughout the city.

You'll also get to explore The Division 2's endgame and be given access to one of three Specializations – Demolitionist, Survivalist, and Sharpshooter – which grant you a powerful new weapon. You'll need that firepower, because the endgame reveals The Division 2's toughest enemy faction: the Black Tusks. These baddies invade Washington, DC once the other factions are quelled, and their aggressive tactics and advanced gear mean they won't go down without a serious fight.

While the Black Tusks are challenging enemies, the deadliest opponents are often other players. If you want to test your skill against the best Agent out there, the Open Beta will feature one of the game's three PvPvE Dark Zones and the 4v4 PvP Skirmish mode.

Lastly, players who complete certain tasks in the Open Beta will unlock in-game rewards accessible in the full game. Anyone who participates in the Beta will unlock the DC Patriot weapon skin and Capitol Hill backpack trophy. Complete the endgame Invaded mission and the Dark Zone East introduction mission, and you'll earn the Capitol Hill arm patch and Supply Crate backpack trophy, respectively.

Open Beta preload begins February 28 at 1AM PT, and the Beta will be playable starting March 1 at 1AM PT. The Division 2 launches on March 15 for PS4, PC, and Xbox One. For more on The Division 2, check out our previous coverage.