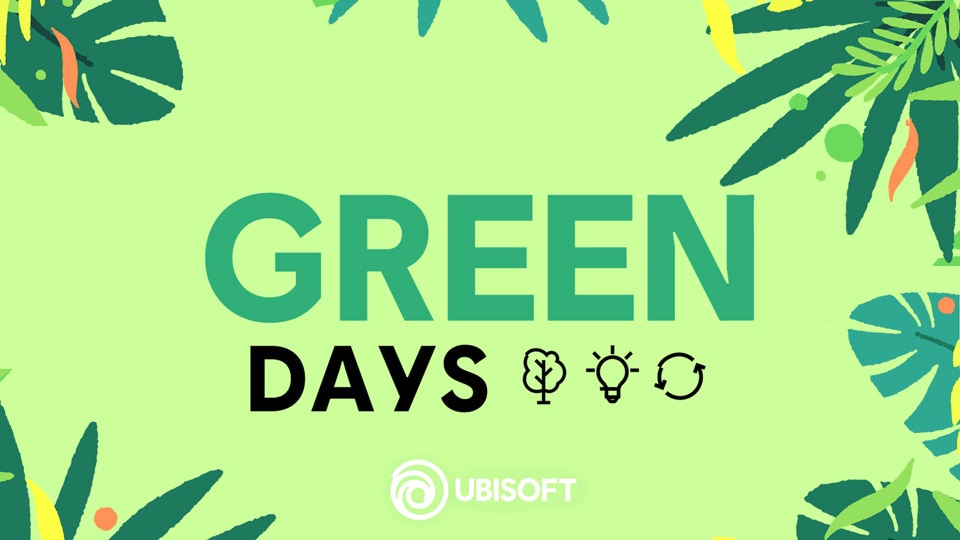 Green Days – A Force for the Environment at Ubisoft

In recent weeks, Ubisoft locations all over France have been taking part in their annual Green Days, concluding on October 1. Set up by an internal group known as the Green Force, the series of informative workshops and discussions are designed to help Ubisoft employees understand the impact of their day-to-day life on the environment, and how they can help.

The Green Force is an employee-led initiative of people passionate about educating their colleagues to reduce their environmental impact through simple, smart changes at work or at home. This year’s Green Days, a local adaptation of the European Sustainable Development Weeks, are a collective effort spearheaded by a trio of organizers who are united in their mission to spread environmental awareness, despite their different roles and backgrounds. Armelle André (Data Scientist), Tiphaine Boulangé (Marketing Coordinator), and Mathilde Tassain (Learning Specialist) have come together and spent the last few weeks coordinating the group, creating and sharing resources and knowledge with the goal of spreading awareness in a meaningful way to promote a healthy relationship with our environment. 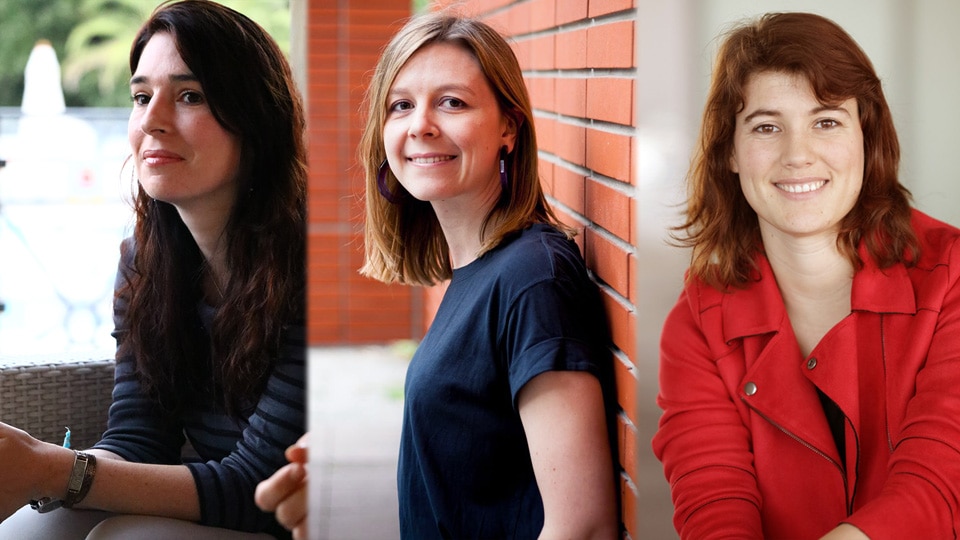 “The origin of the Green Force was in 2018, when Ubisoft colleagues in France received an invitation to the Christmas party,” said Tiphaine Boulangé, “It was an audio tape to announce the theme, which was 90s hip hop. It was a cool idea, but some were concerned with how ecological the invites were.” Soon after, they came together and created a small group on Ubisoft’s internal networking app, growing from there to now include almost 400 members across Ubisoft.

While environmental decline is a vast societal problem that requires action from governments, institutions, and companies alike, individuals also have a role to play. But it can be difficult to encourage change on an individual level, and this is the challenge that the Green Force faces. “The topic is not always optimistic,” said Armelle André, “and in the past it has been a challenge to avoid falling into political conversations. But the debate is no longer whether or not climate change is happening, we can now move forward and discuss solutions.” 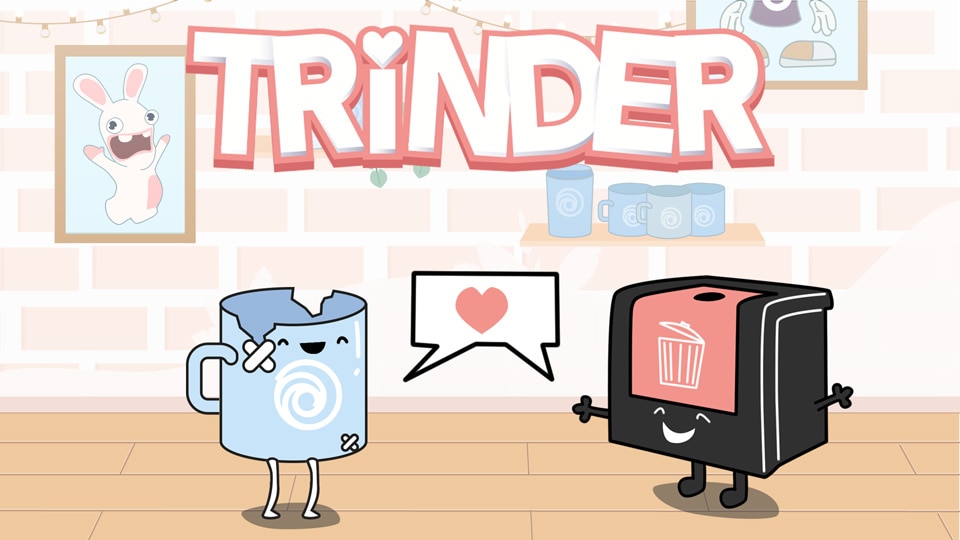 The homemade online game Trinder is a small casual game designed by a group of 7 Ubisoft employees to help teams remember the rules of sorting waste.

Environmental initiatives have been a feature at Ubisoft for years, but a common complaint is that people aren’t sure of the rules of recycling. Many items can be recycled, some cannot, and even recyclable items need to be disposed of correctly. With a new set of recycling bins came some new rules, and the Green Force knew it would be tough to share these in an engaging and memorable way. Their solution? A game that makes it clear in a fun and familiar format. Trinder – a pun on the French word for recycling (“tri”) and the popular dating app – is a set of interactive instructions, asking players to sort recyclable items correctly and grading them on their performance. 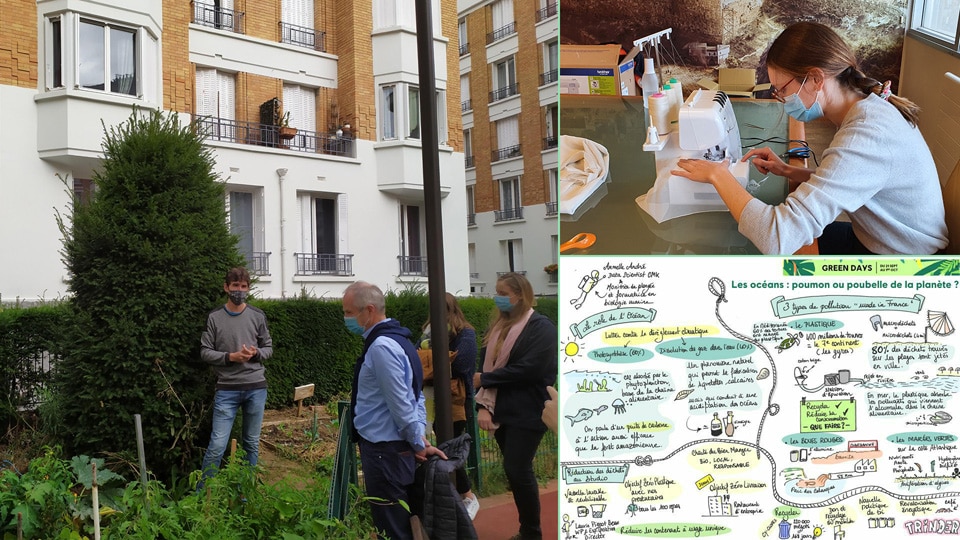 Green Days featured a range of events and conferences, viewed over 2,000 times by Ubisoft employees in a mix of digital and in-person events, with 8 different members of the Green Force leading presentations and discussions on topics such as reducing carbon footprints, and how caring for the world’s oceans can have a positive effect on the environment overall. The event closed with a conference with Olivier Maurel, a specialist on collective intelligence and deep ecology, who gave insights about creating a sustainable and positive future.

Attendance at the workshops was enthusiastic, with places being snapped up quickly by eager learners. The Fresque du Climat workshop – or Climate Collage – took the form of an interactive card game, asking participants to visualize the connections between various elements of our world and environment and how they are affected by seemingly inconsequential actions and choices. Provided by the Climate Collage organization, the workshop has been taught to 8 Green Force members so that they too can lead workshops or teach others to do so, further spreading the positive message. “The power of the workshop lays in the way it brings people together,” said Tiphaine Boulangé, “It is an intense moment of sharing knowledge, emotions, and ideas. We face it together and it can be life changing sometimes, I actually chose to become vegetarian after attending the Climate Collage for the first time myself.”

Though Green Days are over, the Green Force is always looking at new ways they can keep the conversation going and share helpful advice and tips throughout the year. “We want to restructure a bit,” says Mathilde Tassain, “to function more like an Employee Resource Group with clear goals and organization. There will be challenges, like making sure everyone can express themselves and take an active part in initiatives. We hope to continue the Climate Collage workshops and train 5% of our French colleagues to enable anyone to run their own, plus other events and workshops, and continue spreading the green message.”

For more information on green initiatives around the world and other news from inside Ubisoft, be sure to stay tuned to the Ubisoft News hub.