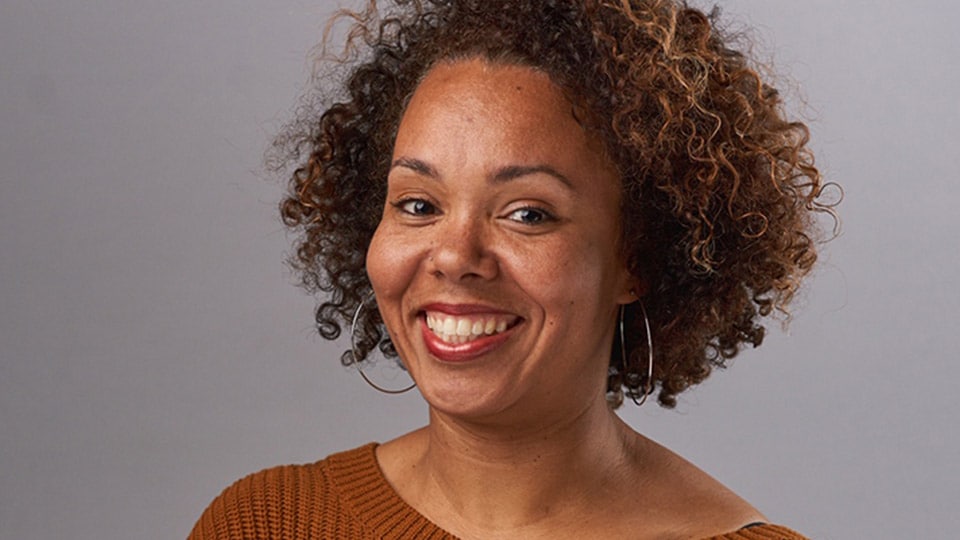 This year's Microsoft Women in Gaming Rally in San Francisco hosted hundreds of attendees, who gathered during the 2019 Game Developers Conference to champion a more inclusive and accepting videogame industry. It was here, amid an atmosphere of positivity and inspiration, that Maimouna Brownrigg opened up about her experience at Ubisoft, and the importance of events like the Women in Gaming (WIG) Rally.

Growing up, Brownrigg always had trouble deciding if she wanted to study arts or sciences. When the Montreal native attended Concordia University, however, she didn't have to choose. Brownrigg enrolled in a computational art program, and was able to simultaneously study graphic design and programming. After university, she put her graphic-design skills to work in advertising before eventually joining Ubisoft to work on Just Dance. Today, she is a UI team lead on Assassin's Creed.

How did you find your way to Ubisoft?

Maimouna Brownrigg: While I was working in advertising, some of my former classmates from university had started working at Ubisoft. They kept bugging me about joining Ubisoft, encouraging me to apply because they thought I would like working there. It made sense, because a lot of our university projects were games, but I didn't really identify as a "gamer," even though I played games. Eventually, I applied and got the job.

My first job was on Just Dance 3, and it really broke my stereotype of a "gamer." I was like, "Wow, I spend all day having people dancing all around me, and I'm working in videogames." It was really outside of what I thought the stereotype of a "gamer" was. It was great to come onto a small project with a fast production timeline, because it was a good way for me to learn quickly. It was probably the best project for me to ease into the industry. The people I worked with were also great; there was a lot of diversity, and a lot of cool and inspiring people. I love being surrounded by people who do something I don't understand, so I can stand behind them at their desk and learn as much as I can from them.

So you made games at university and you played games, but you didn't think of yourself as a gamer?

MB: I don't know. I guess I thought you could make games, you could play games, but those things didn't make you a "gamer." I think it was all just a misconception I had. I thought that "gamers" had to have a certain intensity about them. My perception has certainly changed since then, as more types of people are making and playing games than ever before.

Do you think gender factored into your identification of "gamers"?

MB: I think so. I think society still has this old idea of a "gamer" as a teenage boy in a basement, but that's a decades-old stereotype now, we've moved on. I think even within the industry, it takes time for perceptions to change and the fact that there aren't many women developing games shapes public perception. The more women in the industry, the more change we'll have in the types of games we make, and the more people will be proud to call themselves "gamers," because they're proud of the games they play.

Why did you want to transition from graphic design to UI design?

MB: I realized that what interests me most is how people interact with technology in general. Videogames, for me, are the peak of interactivity. As a graphic designer, you're not in control of the content. I think it's interesting that even now, there are so many ways to perceive information and interact with it, and working in UI lets you help shape that.

MB: As UI designers, we constantly have to have a lot of empathy. We need to try and put ourselves into our players' situation. We're constantly designing interfaces with different player conditions. If we want to have a broader audience, we need to talk to as many people as we can. It's one thing to be able to play our games; it's another to be able to play them without frustration. UI and UX design is meant to remove as much friction as possible from the experience for the player. There are so many different players with different needs, and we need to be able to adapt to suit their needs. We're working to give people different options to enjoy a game the way they want to enjoy it.

Do you think more empathy is needed in other aspects of game development as well?

MB: Yeah, I think everyone should have empathy. We're not making games just for ourselves; we're making games for everyone. We need to understand how other people enjoy their games. I think games will become better and more powerful if we're able to see through each other's eyes.

Empathy has been a big topic of discussion here at the WIG Rally. What made you want to come to this event?

MB: It's nice to know that you're not alone. I thought [the keynote panel] was really inspiring. Everything that was said there was stuff I talk about with my colleagues and friends. It was nice to see big companies like Microsoft, Ubisoft, and EA promote this kind of event, and put their leaders on stage to talk about the same things we deal with every day. It just makes me feel like, "OK, I'm not crazy, everyone feels impostor syndrome." It feels good to hear others say it; it just validates that we're in this together.

Why do you think events like this are important to have?

MB: First, I think it shows people who want to break into game development that there are people ready to welcome them, and it's not just women, but it's at a company level. I think the more big events like this that we have, the more people will feel comfortable pursuing game development as a career. It's a slow process, but big, sponsored events like this show that companies are really putting their money where their mouths are.

MB: I wrote, "show support" because I think support is really important. Not just from women to women, but because there are so many men in this industry, I think it's important for men to support women as well. It starts in small, everyday things, like meetings where you give everyone a chance to say what they have to say. We need everyone on board, not just women.

What is your favorite part of your job?

MB: Coming to work every day. I'm seriously happy to go to work; I don't dread Monday mornings. For me, it's super exciting, my colleagues are a great inspiration, we have fun together. Yes, we're working. Yes, we have deadlines. But in the end, colleagues are the most important thing for me, because they make the difference in your everyday experience. That's what excites me about work.

What advice do you have for people looking to get a job at a company like Ubisoft?

Is there any knowledge or skill set outside of UI design that is helpful for a UI designer to know when working with a large team?

MB: I mentioned the importance of empathy before, and I think that starts within our own team and our own production. You need to have empathy toward other teams, because they have their own deadlines and motivations, but we as a production have to come together to deliver an experience. As a UI team lead, we're always working with all the teams, so it's important to see how we can work together as a team to help each other with our challenges. We need empathy, and we need to talk to each other. You need communication on a big team if you want to make a great game.

You've spoke a lot about empathy in your work, has that affected your personal life?

MB: At our studio in Montreal, there's an initiative focused on bringing girls into gaming at an early age, so I'm a bit more involved in mentorship programs around that. I have three kids, so for me, I want to empower girls by showing them at an early age that there's a woman out there with three kids making games. It changes the perception at an early stage, because it's important not to just think about diversifying production teams, but also start thinking earlier than that within our educational system.