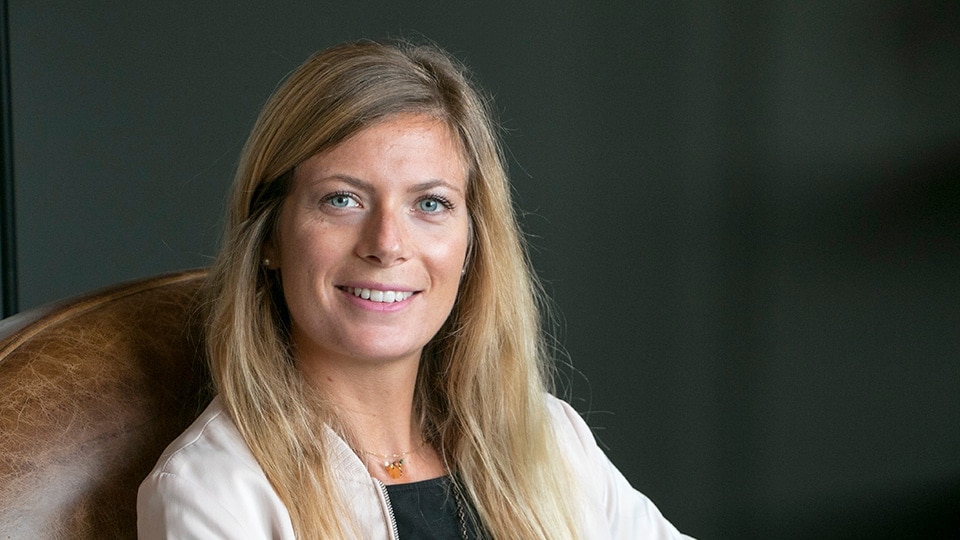 Growing up in the south of France, Astrid Pivot always considered herself more of a casual gamer. A fan of The Sims and Just Dance as a teenager, Pivot's passion for entertainment technology eventually led her to internships at the two companies responsible for her favorite games, Electronic Arts and Ubisoft. While studying business marketing in France in 2010, Pivot applied to an internship at EA and found herself working on The Sims. Her time at EA helped her discover her passion for videogames, and gave her a newfound respect for the industry and her peers within it.

Following her internship, Pivot graduated from business school and wanted to continue working in the game industry. In 2012, she began her career at Ubisoft as a marketing intern working in a department known as "Games For Everyone," which markets titles for a broad audience, like Your Shape or Michael Jackson: The Experience. In 2013, Pivot made the transition to working exclusively on Just Dance. Having worked on the series for more than five years, Pivot is now a live operations manager.

What exactly does a live operations manager do on Just Dance?

Astrid Pivot: This job can mean different things to different people here at Ubisoft. On Just Dance, I work hand-in-hand with the live producer. "Live" means that we are responsible for all the technical aspects and support of the game after launch. On my end, I handle all the editorial and monetization strategy, of the Just Dance streaming services: Just Dance Unlimited and Just Dance Now. For the streaming services, I help make our release schedule, the frequency of new releases, and the types of songs and stages that we release each month, as well as deciding price points.

What is your favorite part of the job?

AP: Overall, I'd say that I like the diversity of my work. Because I work in editorial and monetization, I get to work with all sorts of different teams. I work with gameplay programmers, data analysts, sales and marketing, and game designers. I love the variety of who I get to work with, because I learn so much from them all.

What do you think most prepared you to be a live operations manager?

AP: It's interesting, because I didn't start out at this position. The role of live operations manager was added to the Just Dance team when we decided to launch the live aspects of the game. I'm not sure what really prepared me for it, because we all started from scratch on it; the idea of supporting a "live" game wasn't completely understood at the time, so we've iterated a lot, and learned from it.

I think, because of the business aspects of the job, my educational background certainly helped me a lot. Apart from that, I think a deep knowledge of the game itself, as well as an understanding of our fanbase and what they like and want, has really helped me. We have to shape our live services to what the fans want, so it's important to try to understand what they want most.

What sorts of qualities are important for a live operations manager to have?

AP: You have to be good at multitasking. You need to be able to switch from one task to another quite easily. Like most jobs, there are a lot of skills that you only pick up by learning through doing, but apart from that, I think it's important to remain humble and don't think that your experience with the game is representative of all players' experience. We have so many different player profiles, we know that they're all so unique that you can't really put them all into distinct boxes about how they play the game and what they like. At the end of the day, you have to be patient, and willing to keep iterating and learning.

In school, I was a fast learner, so I was a bit impatient, and I was really much more into science and math than anything else. I was used to the idea that there was one single, correct answer, and I've had to learn that in this job, that's not always the case, and you have to be willing to adapt.

Don't listen to the people who say you can't do something. I wanted to work on Just Dance, and I was able to do that and get myself in the door through my will and motivation. Believe in yourself!

Do you think there was a reason you were drawn to more "casual" games, like The Sims and Just Dance, when you were young?

AP: It's a bit cliché to say, but I think it always felt like videogames were more meant for boys when we were growing up. I remember just being so excited when my brother would let me play with him and his friends. They played videogames, while my friends and I mostly played with dolls. I remember feeling proud to just be able to play with them, even if they always won (laughs). Games like Just Dance and The Sims seemed more accessible to me.

What about games felt like they were meant for boys?

AP: Videogames used to feel very vague and mysterious to me. They were complex and not easily understood, so when I saw my brother playing them, I think I just associated it with men, because I couldn't master them, but he could. I always thought my brother was cool for playing videogames. When the time came for me to pursue a field, I didn't want to get into something that was perceived as overly feminine. I wanted to get into a field that was tech-related, which just so happens to be perceived as overly masculine.

AP: After my internship at EA. I started working for them by chance; I was based in Lyon, and I wanted to stay in that area, and happened to find EA. I enjoyed the experience so much that I decided to cut my summer vacation short to stay at my internship for an extra month. After that internship, I wanted to grow and expand; being a French company, Ubisoft was perfect for that, so I decided to apply at Ubisoft Paris after I finished school.

Since you're able to work with so many different departments, have you noticed a gender disparity between them?

AP: On the Just Dance team, we have many women in all departments, but I have definitely still noticed a difference. For example, I work in business and marketing, where there are lots of other women. The same can be said about the creative fields – level designers, art teams – as well. But when you look at the programming team, there aren't as many women. I don't know the reasoning for this difference, because I truly don't believe in predetermined skills based on gender, but it's sad to see that certain fields seem to attract certain genders.

Do you think it's helpful to have varied gender representation?

AP: Definitely. It's not only about gender, but different cultural and social backgrounds as well. Women tend to be a minority in the industry, but a mix of gender, race, and ethnicity helps you understand how you see the world and understand things. Being around only people who are like you can make it difficult to understand a different perspective.

I mentioned that as live operations managers, we have to understand our player base. People think that Just Dance is a game for young girls, but when you look at the data, we see that about half of our players are male. For the last four years, we've been carrying out the Just Dance World Cup competition, and our recent winners have been male. That is why it's important to look at the data, rather than just perception, because it helps combat the stereotypes that say, "This game is just for boys" or "This is just for girls." The more diversity you have, the more you can help serve the various people who play your game.

When it comes to Just Dance, we're always representing different types of people in our songs, our stages, our dances, and our styles, so it's important to build a development team that is representative of those influences.

What is the best advice you've ever been given?

AP: Fight for what you truly believe in. There will always be detractors and people who tell you you're not experienced enough or not suited for something. If you really want to get somewhere, you'll get there. Don't listen to the people who say you can't do something. I wanted to work on Just Dance, and I was able to do that and get myself in the door through my will and motivation. Believe in yourself!