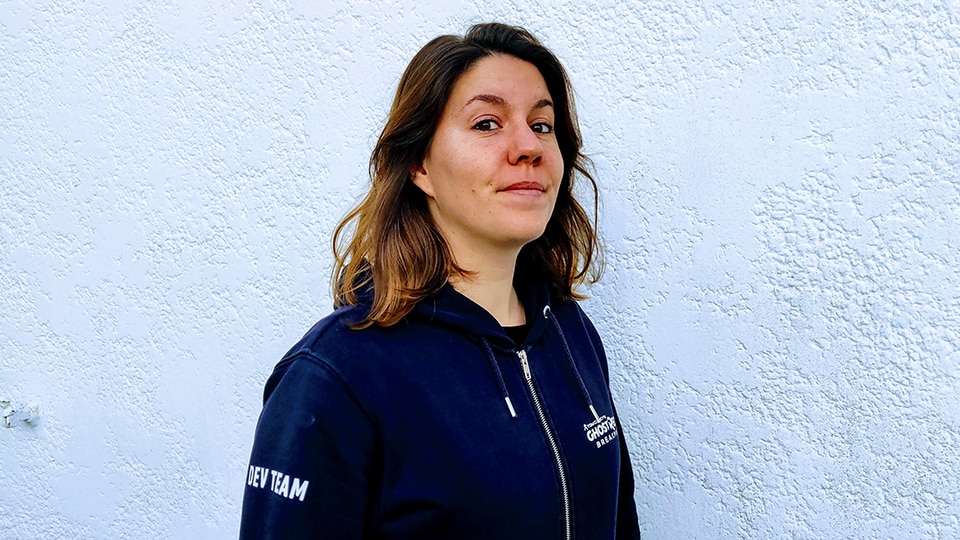 As a product coordinator at Ubisoft Bordeaux, Olivia Forni is responsible for planning the processes used by mission designers in Ghost Recon Breakpoint. It’s her job to create and check the team’s tasks, assign them to the correct people, and to make sure they’re understood and delivered on time. She also handles communications between different studios working on the same project, to make sure that all the teams are working together toward a common goal. We spoke with her recently as part of the Women of Ubisoft series to learn a bit more about her journey and career in videogames.

Tell us a bit about your background. Where did you grow up? What did you study in school? What did you want to be when you grew up?

Olivia Forni: When I was young, I had no idea what I wanted to do. So, like many people, I chose the most basic course of study possible. I was always interested in new technology, and since I was not bad in school, I pursued scientific studies. It seemed like a good choice, and I even began studying robotics at a school of engineering, but I only stayed for three months. The school was far away, the lessons didn’t interest me, and I felt like many people were sexist. It was difficult to bond with my classmates when most of them didn’t want to accept me as a real engineer. At the end of the day, it was not something I wanted to do for the rest of my life.

After that, I found a school in Paris’ La Défense district called the Institute of Internet and Multimedia, and earned a master’s degree in multimedia project management with a videogame focus. It was really cool; we worked in the mornings, and in the afternoon we had time to work on our personal projects. That’s when I made my first Unity games.

What kind of Unity games did you make? What did you learn from the process?

OF: I made a puzzle game with a cube that you had to turn and rotate into different positions to find your way out through the exit. I learned that I’m very bad at 3D modeling and level design (laughs), but that Unity is a really useful tool to prototype really quickly, even if you don’t have much experience. 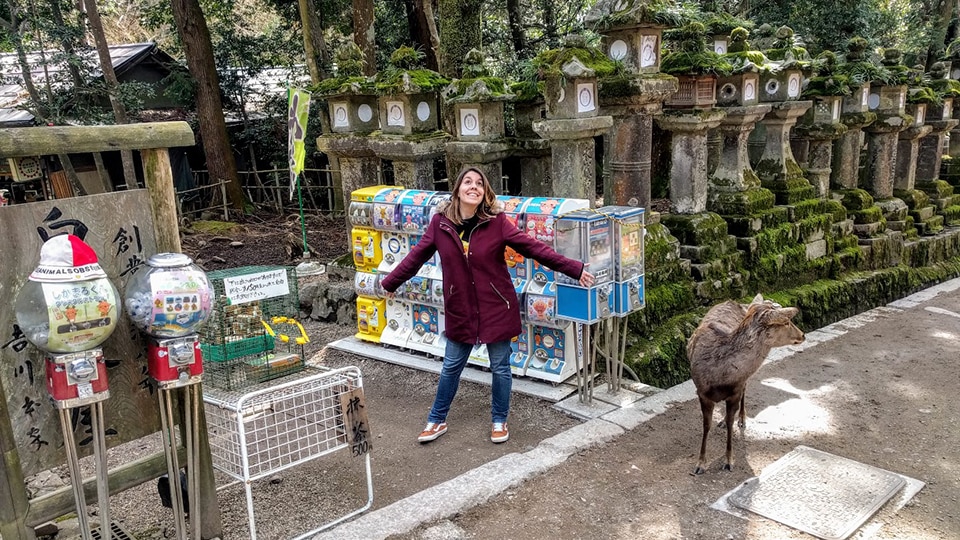 You mentioned that engineering school was sexist; do you think you would have stuck with it if your classmates were more accepting?

OF: I don’t think so, because it was not the main reason that I quit, but it definitely didn’t encourage me to continue.

Have you experienced similar sexism in the games industry?

OF: No, not at all! Quite the contrary, actually. You do tend to stand out a bit more, since there aren’t as many women in videogames. Everyone notices you, talks to you, but from my experience, I think they’re much more aware, and I haven’t had any experiences that were nearly as negative.

How did your career begin, and what led you to Ubisoft?

OF: I began my career with an internship at Cyanide Studio as a project management assistant. The cool thing was that my manager was out on paternity leave, so I was in charge of my first big project, Blood Bowl 2, almost alone. It was a great opportunity to prove what I was able to do, and to see if I liked the job. They hired me on full-time at the end of the internship.

Six months after that, three employees of Cyanide decided to go to Bordeaux to open a subsidiary of the studio, and asked me if I wanted to go with them. I said yes, and so I helped to create Big Bad Wolf, and worked on The Council. It was a great experience, but a bit difficult. We were more like a startup company. It was difficult to implement processes, and difficult to be a project manager knowing that I was the only woman and the youngest employee of the subsidiary.

I left Big Bad Wolf, and after a year of unemployment, I was hired by Asobo Studio. I worked on Rush, Disneyland Adventure, and Zoo Tycoon. I really loved it there; the people were great, and I really cared about the projects. But it was really time consuming. When Ubisoft opened a studio in Bordeaux, I jumped at the opportunity, and applied as a project coordinator.

Why did Ubisoft Bordeaux appeal to you?

OF: I’m really a big fan of Ubisoft games. I love Just Dance, Assassin’s Creed, Rayman, Anno, and Far Cry. I also really wanted to work on bigger projects than the ones I worked before. 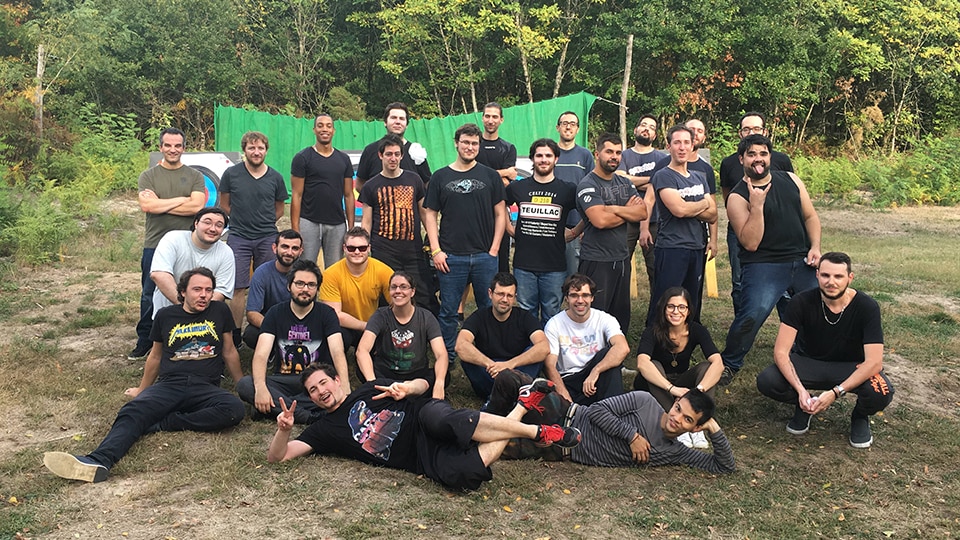 What does the studio work on?

OF: The studio works mostly on Ghost Recon games, but we also help on Beyond Good and Evil 2 and Just Dance. We also have a mobile team and a harbour team that is works on Ubisoft online systems. I was hired to work on Ghost Recon Wildlands and its post-launch content, and then I worked on Ghost Recon Breakpoint.

What’s your favorite part of the job?

OF: What I like the most is being a problem-solver. I like when someone comes to talk to me about the problem, and I’m able to help them. I also really like when we do play sessions with the team, because we can really enjoy the work we’ve put into the game.

What qualities and skills are important to have in your job?

OF: You have to be really organized, because as a project coordinator, you have to deal with many different projects as once, and you can’t forget anything. You also need to have some soft skills, like being patient and able to adapt your way of speaking depending on the people you’re communicating with. I also try to be as joyful and positive as possible, to help motivate the team.

What’s your history and relationship with videogames?

OF: It began at a young age, since I have a big sister. My first console was an Atari ST; I played a lot of Shufflepuck Café on it. I think my real history with videogames began with the Nintendo 64 and Game Boy Color. I loved Mario 64 and Pokémon Red/Blue, which is still my favorite game of all time. Apart from those, I play all types of games: The Sims, Assassin’s Creed, Death Stranding, Tomb Raider, League of Legends, Guild Wars, and so many others.

What is something you wish you could tell all gamers about game development?

OF: I’d say that there’s a big difference between playing a game and developing a game. You don’t always get to decide what game you work on, so you need to be able to see things from a player’s perspective and not just yours. It can be difficult sometimes to just play games and not see all the details, once you know how things work behind the scenes. But you can still be a player and enjoy games, at least for me; I can still play without trying to see every detail developers put in the game.

What advice would you have for someone who wants to do what you do?

OF: Go for it! It was clearly the best decision I made in my life! I really enjoy my day-to-day work, and even when it’s hard, I still have the energy to go see my friends and talk about videogames with them.

For more interviews like this, be sure to check out our Women of Ubisoft series.