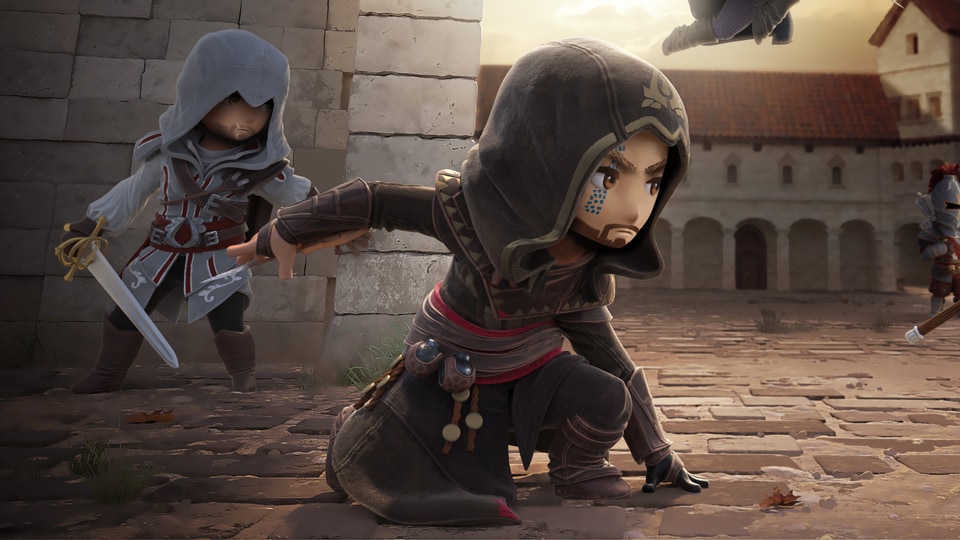 Assassin's Creed Rebellion is available now on iPhone, iPad, and Android devices, giving players the chance to build up their own Brotherhood and battle Templars in 15th-century Spain. A free-to-play strategy-RPG developed by Behaviour Interactive, Assassin's Creed Rebellion challenges players to build a fortress, recruit Assassins, and send them out in three-person squads to sneak, assassinate, or fight their way through side-scrolling tactical missions.

With a roster of more than 40 unique, upgradable Assassins – including new characters as well as familiar faces like Ezio, Aguilar, Shao Jun, Maria, Machiavelli, and Claudia Auditore – Assassin's Creed Rebellion will feature time-limited events that let players explore different eras from across the franchise, such as Ancient Greece. These events will also feature competitive leaderboards and opportunities to earn new characters, including Alexios and Kassandra.