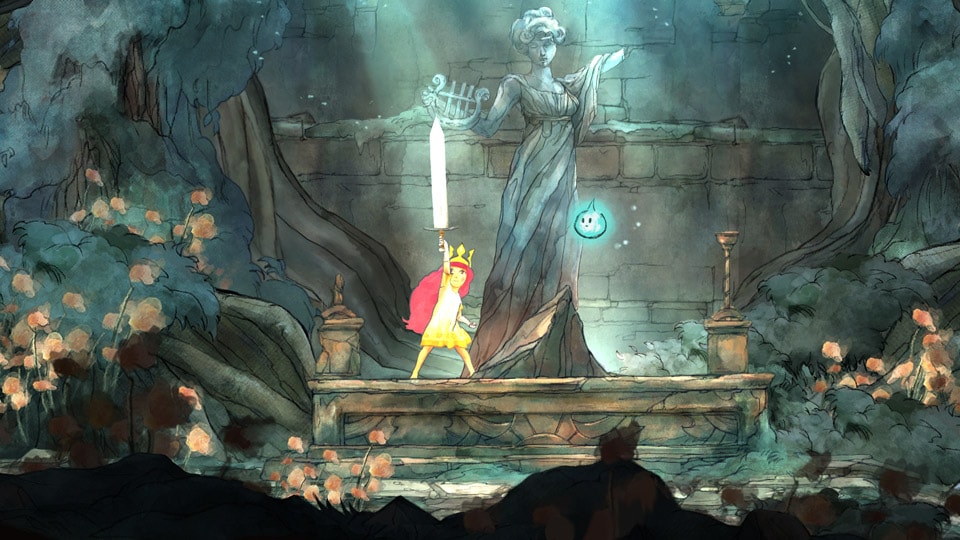 In 2017, Ubisoft's film and television division announced a paid fellowship program meant to attract and highlight female voices within the entertainment industry. The fellowship has now resulted in script deals for a live-action feature film based on Werewolves Within, the virtual-reality game of mystery and social deception, from Mishna Wolff, and a live-action television pilot based on Child of Light, the hand-drawn 2D role-playing game inspired by fairytales, from Tasha Huo.

The program enabled Wolff and Huo to research and take inspiration from Ubisoft's library of IP for potential development ideas over the course of six months.

"[Werewolves Within] is a live-action horror-comedy about a small town who takes justice into their own hands," says Wolff. "I'm just tickled by the idea of private justice, and that sort of got the ball rolling for me as far as what kind of a story we made out of that."

"It was amazing to see how perfectly matched Mishna and the tone of Werewolves Within were," says Director of Film Development Margaret Boykin. "The sort of social commentary of it, and the comedy, it was just a great fit that I personally didn't see coming, and I'm so happy with."

"[Child of Light] is so beautiful, it's so wonderful ... it's a journey of self-discovery, and we don't want to lose that," says Huo "Our story is going to be Aurora on this journey of finding her own strength."

"We wanted our creators and our fellowship winners to come in and really explore these worlds," says Director of Television Development Danielle Kreinik. "Tasha came in with such a respectful vision of the game and her vision for the story for the TV series that they melded so easily. ... It's a really cool take on live-action Child of Light."

During this the fellowship, Wolff and Huo took part in an open-door mentorship program with Kreinik, Boykin, and Head of Film and Television Jason Altman. "I felt like I was really encouraged to be creative, think outside the box, and just go with ideas," says Wolff on her experience with the fellowship. "I didn't feel like there were any limitations were put on my creativity."

"That's the nice thing about the structure of the fellowship: once you have narrowed it down to a title, there's time built in there to sort of play with a lot of different ways into the story," adds Boykin.

The Women's Film and Television Fellowship began in an effort to gain a fresh perspective from talented writers. According to Women and Hollywood, women accounted for only 10% of writing roles for the top-grossing movies of 2017, while they occupy only 28% of creative roles in broadcast network, cable, and streaming programs as of last year. In its first year, the fellowship gave Wolff and Huo the opportunity to adapt Ubisoft IP into a film and a TV series, respectively. "We wanted to find a way to illuminate female voices who weren't getting a chance to be heard," says Kreinik.

The Women's Film and Television Fellowship will continue into 2018, as Ubisoft looks for two more candidates to take part in the six-month program. Those looking to follow in the footsteps of Wolff and Huo may apply for the fellowship from now until the end of January 2018 through their agents and managers.