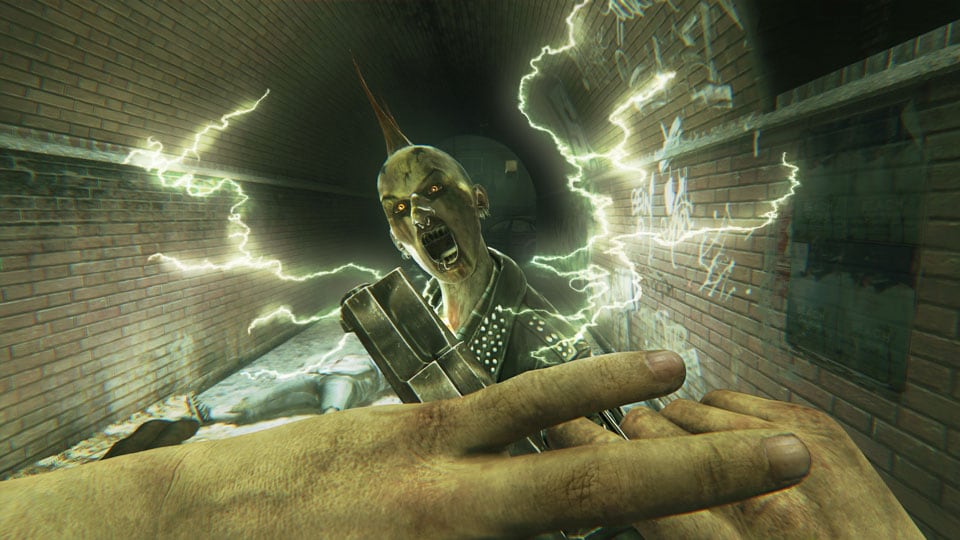 11 Must-Play Games and Special Events For Halloween on UPLAY+

Halloween is almost here, and if you're looking for seasonally appropriate scary games, UPLAY+ has you covered. A monthly UPLAY+ subscription offers access to more than a hundred Ubisoft games on PC, and a quick dig into the back catalog – or a look at newer games running special events – can unearth all kinds of scares. If you're ready to test your zombie survival skills, free a family trapped in a nightmarish simulation, or go toe-to-toe with mummified pharaohs, here's a quick look at some of the thrills you can find through UPLAY+.

How long do you think you could survive in the middle of zombie-stricken London? What if all you started out with was a cricket bat and a backpack? In Zombi, stealth and careful resource management are your best defenses against the city's undead hordes – and if they fail, you'll just have to come back as someone else and reclaim your supplies from your zombified former self. Guided by the voice of the mysterious Prepper, you'll creep through London's dark streets and sewers to find supplies and take control of CCTV cameras, eventually uncovering a prophecy from the days of Elizabeth I. If you can keep from being zombie food, you may even live to see it play out in full.

There's no greater terror than the unknown, and the psychological thriller Transference surrounds you with mystery like no other game on this list. The minds of three family members are trapped in a corrupted simulation of their apartment, and as you solve the puzzles presented by its shifting, recursive pathways, you'll need to piece together what's going on while being stalked by a shadowy, digital nightmare. A VR headset isn't required to play, but is recommended for immersing yourself in the strangeness (and occasional jump scares) of exploring the family's fractured memories.

Set some 20 years after the events of Assassin's Creed Syndicate, the Jack the Ripper DLC – which can be played whether or not you've made any progress in the game's main campaign – imagines London's most infamous serial killer as nothing less than a rogue Assassin hunting down his former compatriots. As Evie Frye, you'll work alongside Scotland Yard to piece together the Ripper's crimes and unravel the conspiracy he's formed to help carry them out. Cooperating with the police means you'll need to rely on (mostly) nonlethal tactics, including stealth, fists, and fear-inducing toxins that can sow panic among Jack's henchmen. The sooty streets of Victorian London have never seemed quite this cold and gloomy, and you'll explore some of their darkest recesses as you hunt down one of history's most notorious boogeymen.

If you prefer your historical boogeymen to be more supernatural and less secretive, Curse of the Pharaohs – the second post-launch story arc for Assassin's Creed Origins – has you covered. Mummies of long-dead pharaohs have risen to terrorize the city of Thebes in broad daylight, and only Bayek can send them back to the underworld. To put them to rest permanently, you'll need to visit the legendary Valley of the Kings, enter the tombs of the pharaohs, and travel into the Egyptian afterlife to battle Nefertiti, Akhenaten, Tutankhamun, and Ramesses on their home turf. These otherworldly realms are big and diverse, and you'll need to contend with giant scorpions and jackal-headed warriors as you enter the dazzling fields of Aaru, stalk the ordered temples of Aten, brave the statue-littered desert of Heb Sed, and creep through the eerie, cavernous Duat.

Guy Marvel isn't exactly an A-list director. Or a B, C, or D-list one, for that matter. But he's creative, and as he ambushes wealthy would-be producers to pitch his half-baked ideas for zombie movies, you'll get to play through each undead-infested yarn as he spins it – and frequently alters the details around you. Far Cry 5's Dead Living Zombies DLC pits you against hordes of zombies, as well as post-apocalyptic gangs and undead wolverines, in seven distinct scenarios set in urban and rural landscapes. The continual narration (along with your ability to play in co-op) ensures that Dead Living Zombies is more goofy than scary, but the action is relentless and the rules can change at any time, so stay on your toes.

Ubisoft's watery foray into survival horror puts you into the bright orange vest of a Coast Guardsman who comes to the aid of a stricken Russian whaler in the middle of a Bering Strait storm. The ship's realistic, rolling movements can knock you off-balance or smack you with unsecured objects if you aren't careful, but the real threats are the mysterious parasites who've turned the crew into murderous zombies. As you explore the ship's narrow hallways and blind corners, keep your guard raised and ready for anything that might lurch out of the shadows.

In addition to tense, horror-themed games and DLC, some Ubisoft games are getting into the Halloween spirit with time-limited in-game events – all of which you can jump into courtesy of a UPLAY+ subscription.

From now until November 6, Rainbow Six Siege will play host to the Doktor's Curse event, which gives the Theme Park map a Frankenstein-inspired makeover, and introduces a new mode, Monster Hunt. In Monster Hunt, the attacking Exterminators are five Sledges, who wield only hammers as weapons and can use three tracker gadgets: Pulse's Heartbeat Sensor, Jackal's Eyenox Model III, and Lion's EE-ONE-D. The Monsters, meanwhile, are Lesion, Kapkan, Ela, Smoke, and Frost, who can only use traps, but gain the ability to turn invisible and run faster as they try to survive the round. Doktor's Curse also introduces new skins and items, while also bringing back the 2018 Halloween skins for a limited time.

From October 24 until November 4, Trials Rising is adding Halloween Crates with a slew of ghoulish new items for tricking out your rider, including a witch outfit, Jack-o'-Lantern headlight, and eerie new helmet accessories. And if you can collect all 10 of the hidden Jack-o'-Lanterns throughout the world, you'll unlock the creepy, wide-eyed Halloween Helmet. Players are also invited to submit a track for the Halloween Homework 2019 Track Building Challenge; check out the forum thread for more details.

The Fangs of the Otherworld event introduces a new game mode, Spooky Slashers, in which players will need to capture zones to gain special boosts, which in turn are used to defeat the demons lurking around the map. Running through November 1, the event is also a chance to pick up plenty of Halloween-themed loot for your favorite Heroes.

Logging in to The Division 2 between now and Halloween will get you a free Haunted Supplies care package, which comes with three pieces of equipment (delivered as caches to your Stash), three Apparel keys, and two new Calavera masks in time for Day of the Dead.

From now until November 5, Steep is celebrating Halloween with weekly challenges and special events that can net you pieces of the Scary Jack outfit. October's Steep World Tour tournament is in full swing as well, and from October 25-27, players who participate in the Final have a chance at snagging the Scary Jack Skis.

Oh, and one more thing:

While not included in UPLAY+, Brawhalla is free to play, and Brawlhalloween gives the afterlife-set fighting game a spooky new makeover, complete with Halloween-themed items. Logging in during the event gets you bonus Gold, which you can put toward macabre new skins for your favorite Legends, as well as new avatars, effects, and more, all of which you can keep after the event is over.

UPLAY+ is available now via monthly subscription for PC. For more on UPLAY+ and Ubisoft games, check out our previous coverage.