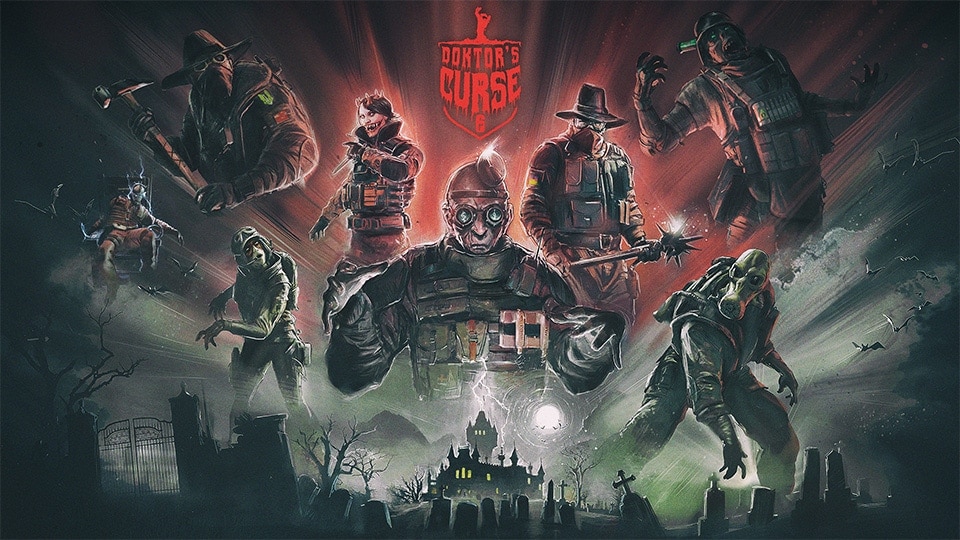 Doc has gone mad, and his sinister experiments have spawned Doktor's Curse, a new limited-time event for Rainbow Six Siege to celebrate the Halloween season from now through November 6. On a Frankenstein-inspired redesign of the Theme Park map, five monster-hunting Attackers hunt five monstrous Defenders in Monster Hunt mode, all while decked out in scary new seasonal skins.

In Monster Hunt, the attacking team is made up of five Sledges; they each wield one of three hammers created for the event, and they can select one gadget, taken either from Jackal (to track footsteps), Pulse (to locate heartbeats), or Lion (to reveal the position of any enemy in motion). The defending team is made up of Frost, Ela, Lesion, Smoke, and Kapkan; each can only use their traps, as well as a special ability that makes them momentarily invisible and quicker on their feet. There are no guns, no drones, and no cameras, making for tense pursuits as the Attackers try to track and kill the monsters, while the Defenders work together to delay and evade the hunters until time runs out.

Seven Operators (Frost, Ela, Lesion, Smoke, Kapkan, Bandit, and Doc) are getting creepy new headgear and uniforms, which are available, along with new weapon skins and charms, in Doktor's Curse packs. Players get a free pack for logging in during the event, and can earn two more packs by completing two special Ubisoft Club Challenges. Packs can also be purchased with Renown or R6 credits.