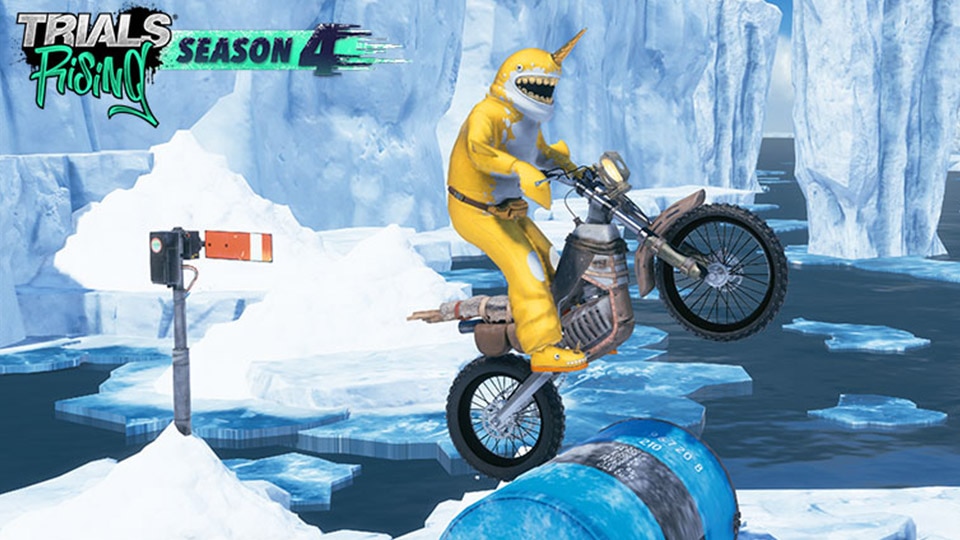 Bundle up, daredevils, because Trials Rising is bound for the Arctic Circle. Season 4, titled Expedition to the North Pole, kicks off on December 12, bringing a bevy of new customization items, a new bike(available on Dec. 26), a new track pack (available on Jan. 2), and a seasonal holiday event (December 12 through December 30). Season 4 also ushers in a new ranked multiplayer season in which riders can climb the ranks to claim pieces of the Golden Narwhal outfit. 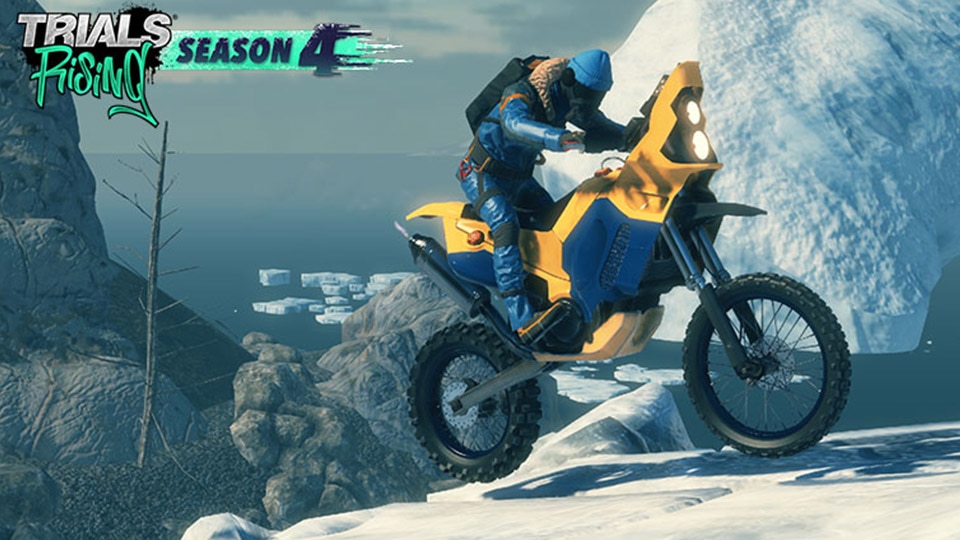 New outfits are also inbound that draw inspiration from some of Ubisoft’s colorful characters, namely the Viking Raider and the Just Dance Panda. There are also two themed outfits — Arctic Explorer and Narwhal — as well as new bike skins, helmet accessories, animations, and poses. Some items will drop in Gear Crates, while others can be purchased from the in-game store.

The new Scarab bike boasts fat tires and a forgiving suspension, calibrated specifically for cruising across snowy dunes in the new Arctic locale. This bike is unlockable with Acorns.

Trials Rising is available now on PS4, Xbox One, Switch, Stadia, and PC, and is included with a UPLAY+ subscription. To stay up to date on the latest events and content coming over the course of Season 4, stay tuned to Ubisoft News.

Update: This article has been updated to reflect a correction. The Scarab bike, like the previously released Shopping Cart & Crawler, is available to purchase for Acorns only. We apologize for this error and any misunderstanding it may have caused.