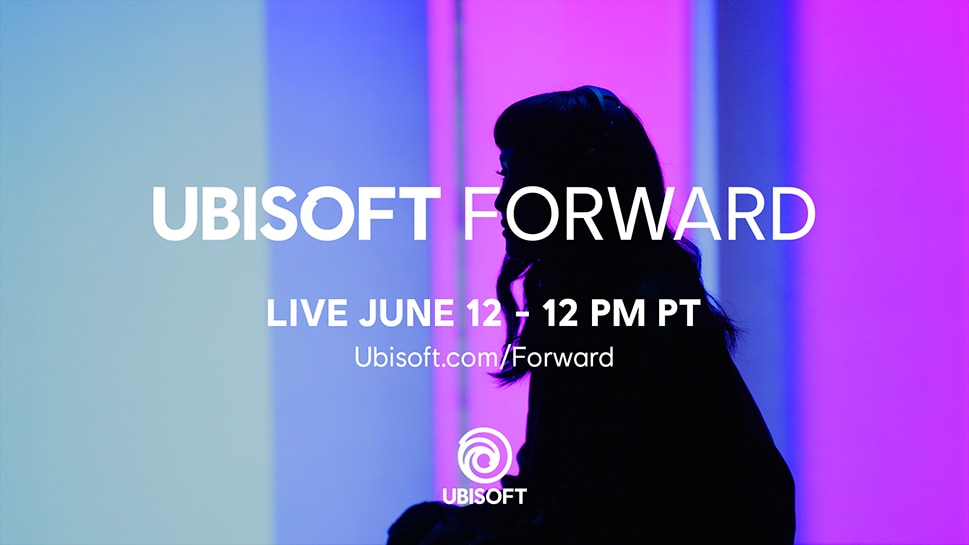 Ubisoft Forward is helping kick off E3 2021 with Far Cry 6, Rainbow Six Extraction, Riders Republic, and so much more on June 12 at 12PM PT. If the promise of more details on these new games isn’t enough of an incentive to watch, you can now earn exclusive in-game items by watching Ubisoft Forward on participating Twitch livestreams.

During the main show, which starts at 12PM PT, watching 15 consecutive minutes will earn you a VIP Key Card Charm in Rainbow Six Extraction, while watching for 30 minutes will net you an exclusive in-game t-shirt in Rider’s Republic. Keep watching into the post-show for another 15 consecutive minutes, and you’ll unlock a Golden Fan Weapon Charm in Rainbow Six Siege. Watch time will be counted separately for the main show and post-show, so make sure you’re tuning in to each part to earn your rewards. 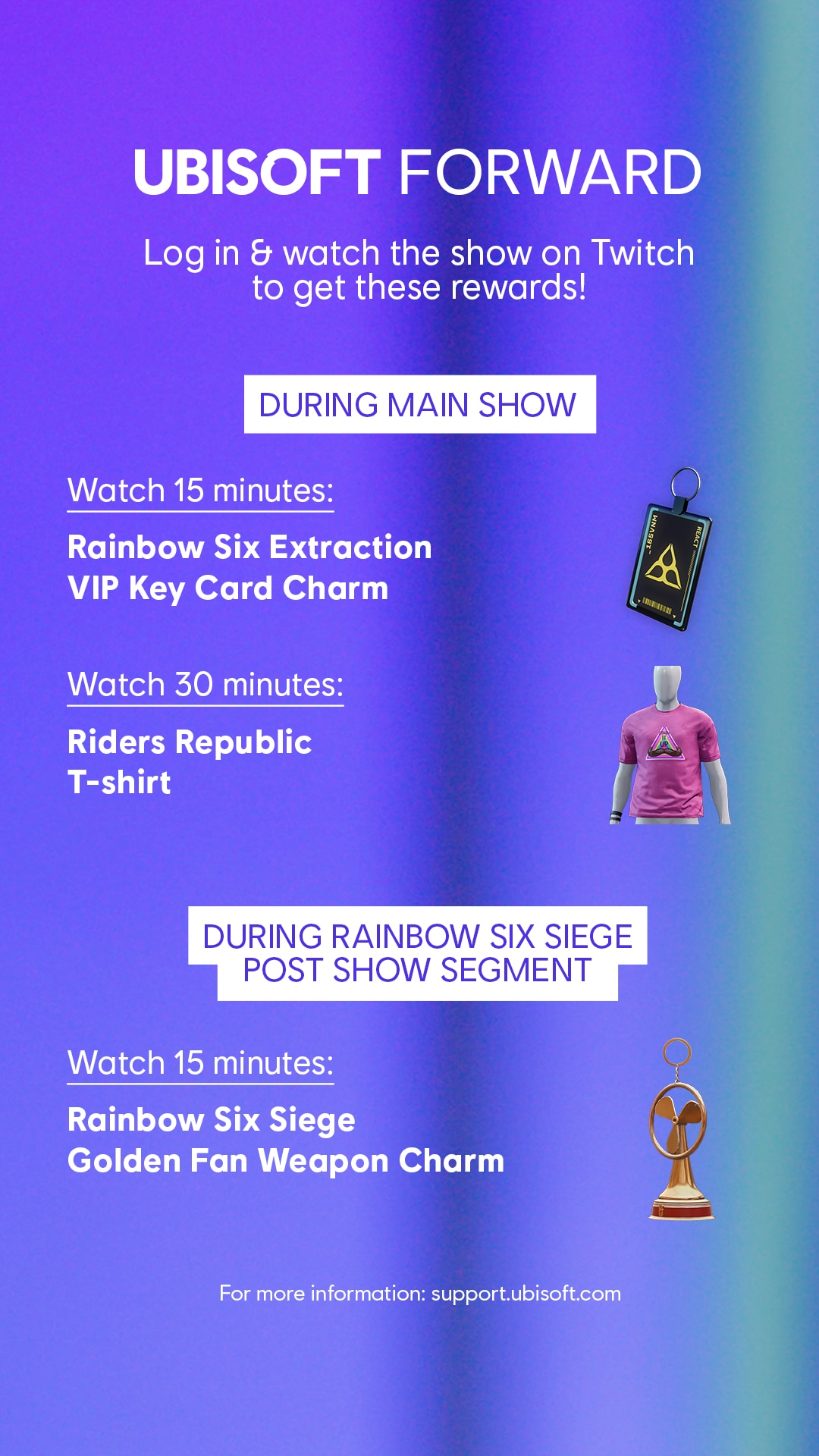 To claim your rewards, make sure your account is set up to receive Twitch Drops. You then need to select the “Claim” button for each reward in your Twitch Inventory within 24 hours of the stream ending.

Rewards can only be earned by watching the stream live. The Rainbow Six Siege reward will be delivered to game owners within 48 hours of the event, while the Rainbow Six Extraction and Riders Republic rewards will be available in your in-game inventory once each game is released.

Purchase of the associated games is required to access your in-game rewards. Age and territory restrictions may apply. Void where prohibited.

Be sure to check back in with Ubisoft News after Ubisoft Forward for a recap of all the exciting announcements.