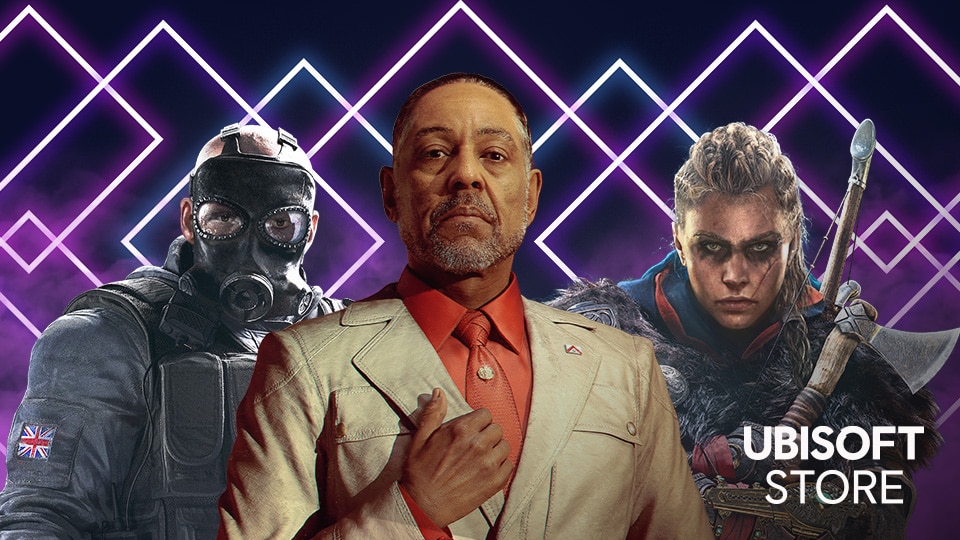 The Ubisoft Store is hosting its Legendary Sale from May 18-31, offering up to 80% off select titles. You can save even more off your cart by using the coupon code LEGEND22*. To celebrate the sale, let’s go on a journey through some of the legends you can experience in Ubisoft games.

The game also incorporates English legends into its story. For example, when a monstrous, moldy force devastates a local village, Eivor must track down the culprit, Grendel, to protect the countryside. Their valiant actions inspire a villager to record the tale (albeit with a few embellishments), to be read for millennia to come as the legend of Beowulf. Sigurd, Eivor’s adoptive brother, also tries to record his name in the annals of history – but you’ll need to play your way through Assassin’s Creed Valhalla to see how that saga plays out.

While Far Cry 6 centers on Dani’s story and their place within the Yaran revolution, they’re hardly the first to take up arms against a corrupt regime. On their journey, Dani comes across veteran guerrillas called the Legends of ‘67, who were key players in Yara’s Revolution of 1967, when they led an uprising against then-President Gabriel Castillo, father of Far Cry 6 villain Antón Castillo. You can find the Legends of ‘67 deep within the Yaran jungle, and if you’re lucky, they may teach you a thing or two about rebellion. That said, the Legends of ’67 aren’t the only legends in the game – you can also hunt Far Cry 6’s mythic animals, whose pelts can get you some exclusive gear. There are five in total, including a devilish pair of wolves, a monstrous crocodile, a hog of mythic proportions, and a terrifying jaguar. Earning all five pelts will get you the Ultimate Predator Platinum trophy, but be warned – these animals are tough to take down.

Legends aren’t just people or stories, however – they can also be items of great renown. Rainbow Six Siege offers a number of skins and profiles that allow players to create a personalized aesthetic, such as the Jade Serpent headgear, Draconic Majesty weapon skin, or Flaming Ryu Operator portrait. These cosmetic items can be acquired through Alpha Packs, which are earned through Renown or through a lottery after winning a match.

Likewise, Riders Republic has a number of elite items that can only be acquired by leveling up or spending in-game currency. Fortunately, Riders can earn major XP by landing intricate legendary tricks during their run. Even Anno 1800, a city-building strategy game, incorporates legendary items into its gameplay, which you can equip to grant huge bonuses to nearby buildings. For example, equipping Cosmo Castelli, the Agronomic Trailblazer, at the Trade Hall can increase your output up to 70% while reducing your needed workforce by 80%. No matter the game you play, these items and skins are tough to find, but worth having in the long run.

All five of these legendary experiences – and many more – await you with major discounts as part of the Ubisoft Store’s Legendary Sale, running May 18-31. If you’re interested in learning more about some of these titles, check out what’s new in Riders Republic Season 2, Far Cry 6’s improved stealth, or Rainbow Six Siege’s samurai-inspired Rengoku event.