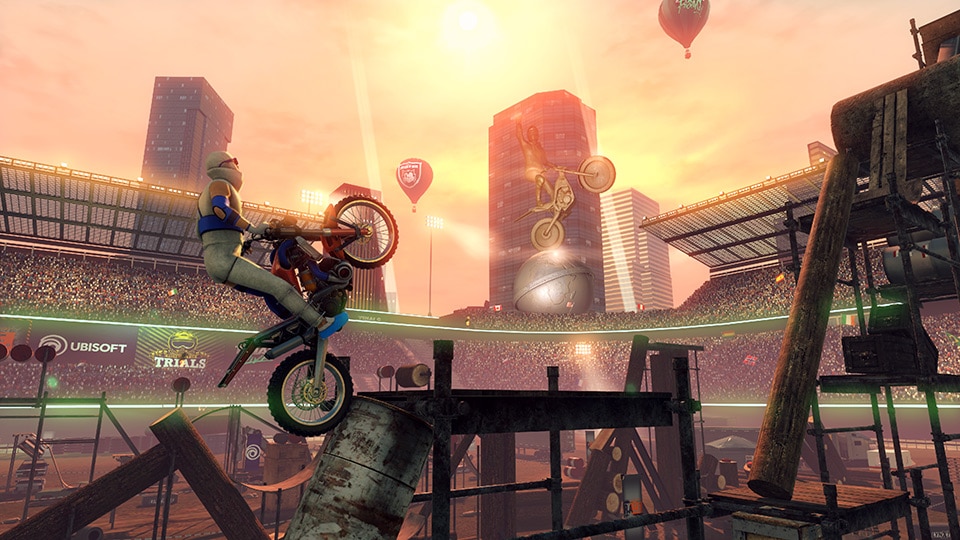 Trials Rising Season 5 Races Out of the Starting Gate Today

Arena of Menace is now live in Trials Rising, following up the fourth season which took riders on an Expedition to the North Pole. Starting today, the battle for leaderboard domination begins anew, and dedicated riders can earn pieces of the Golden Body Cast outfit for ascending the ranks. There’s also a plethora of new customization items, including two other outfits, two bike skins, and a bunch of poses, animations, stickers, and helmet accessories. And if you’re interested in new looks, as well as a new way to ride, the King Crab fun bike is available now, with an unusually low-slung body and a higher reverse speed than any bike before it.

On March 26, the Microtracks Classic track pack will arrive, bringing riders into the arena for 12 very short, very technical tracks that will challenge them to squeeze every last hundredth of a second out of their no-checkpoint runs. Then, on April 2, Easter Event returns, daring you to track down 10 hidden collectibles to earn yourself the chicken helmet. Be on the lookout for the Easter Bunny outfit and other Easter-themed customization items.

Trials Rising is available on Xbox One, PS4, PC, Switch, and Stadia. For more on the Trials series and other Ubisoft franchises, check out the Ubisoft News hub.