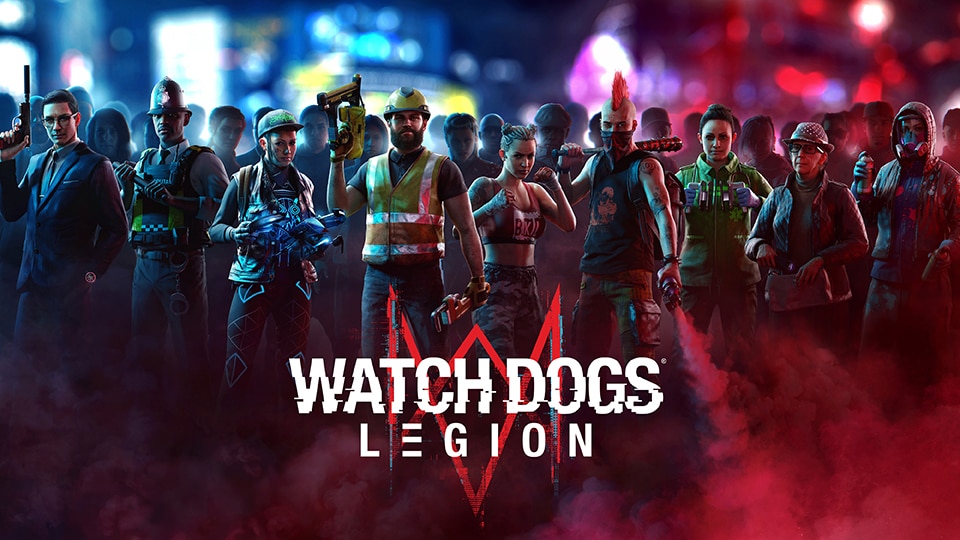 Watch Dogs: Legion will launch with a wide array of gameplay-customization features, ranging from fully customizable controls to directional audio captions. These are part of Ubisoft’s ongoing effort to make its games as accessible as possible, and to remove potential obstacles for those who want to play them. We spoke with Mihai Alexandru Nuta, associate producer at Ubisoft Kyiv, to learn more about the process of implementing these features, what developers learned in tests, and how the accessibility work done in other Ubisoft games has helped establish a foundation to build from.

Why are customization features important for accessibility?

Mihai Alexandru Nuta: A major part of giving games longevity has always been player customization. Giving players more ways to approach a game differently goes a long way towards keeping them invested. Removing barriers for all our players, regardless of their playstyle, inspired our team to push the boundaries of customization.

Is there a foundational layer of options that the team was aiming for and wanted to build from for Watch Dogs: Legion?

MAN: Watch Dogs 2’s accessibility and customization options were the beginning of a love story for our team. First, we started developing options for PC, like a multiple-slot save system, customizable controls page, input adaptation for a variety of devices, and a video options menu. Shortly after adding those, we realized that there is significantly more we could explore and improve on all platforms.

What lessons did you learn from previous Ubisoft games, and how has the feature list for Watch Dogs: Legion grown as a result?

MAN: The most important lesson to remember is that we need to start as early as possible and try to make sure everything can be scalable - the UI, HUD, menus, and options. We also worked closely with other dev teams, including those on Far Cry, Assassin`s Creed and Ghost Recon, to identify design struggles and tech risks. It helped us a lot to point out our limitations in terms of engine, tech, and resources, and to work further to overcome them.

Is there a feedback process for getting these features into Watch Dogs: Legion? How does it work?

MAN: The feedback process is constant. We investigate, prototype, review, submit, test – and then we’re back at it again. Our product directors play a big role in helping us to align the features with the overall game feel and promise. Also, we have a solid playtest schedule that’s both internal and external, so we can identify how different design techniques and decisions affect or improve how the features are perceived. We also learned a lot from community members invited to the Accessible Design Workshop, which we hosted at Ubisoft Montreal in November 2018. They were able to play a very early build and provide their feedback on how we could improve accessibility, years before the game’s release.

Feedback from influencers who played the Ubisoft Forward demo for Watch Dogs: Legion included ideas for possible improvements to accessibility features. Is there a specific example of these learnings that the team is working on for launch?

MAN: Including accessibility in our demos for Ubisoft Forward has been an interesting and challenging experience. The feedback received from our players was extremely useful, and yes, we will address it for launch. To give you some examples of things we learned: There is a cognitive overload of audio captions; auto-aiming and auto-camera prevent shooting from cover; and using the “Esc” key to exit drones, hijacked vehicles, etc. ends up being exhausting.

There are a lot of things going on at once in Watch Dogs: Legion. Did the team consider cognitive accessibility when designing the game?

MAN: We have several systems helping to reduce number of subtitles displayed at the same time. We enabled the option to filter the gameplay events captions to two or four lines at the same time. Puzzles are always accompanied by hints, and there is a new simplified puzzle feature that assists with cognitive barriers relating to hacking puzzles. The UI was reworked many times before it reached a solid result in terms of how the information is displayed, taking into account the multitude of static and dynamic HUD elements appearing during gameplay, and how they can be optimized so as not to create cognitive overload for the player.

In addition to player-activated options, some features are baked right into the gameplay, like Albion guards making a sound when they wind up to swing a baton. How easy or challenging was it to bring that kind of thinking – of looking for ways to integrate accessibility more broadly and subtly – into the design process?

MAN: This question has the answer inside: the most challenging was to find a proper way to identify accessibility barriers in order to remove them before the game is released. To achieve this, we had to follow best practices, try to involve disabled players to provide feedback before release, and ultimately, think about accessibility as a tool that will benefit everyone.

Many players, with or without disabilities, use what we often refer to as “accessibility” features, like subtitles for example, while playing. Do you see these customization features as being beneficial to all players when implementing them?

MAN: Making every feature usable at the player`s convenience and pleasure is one of our targets. Take the Ping feature, for example, which scans and highlights all interactive elements around the player in-game. It benefits gameplay for everyone from low-vision players to glasses-wearers, and also helps players if they become tired or stuck with what to do next.

What do we consider a success when it comes to these features?

MAN: An immediate success is Ubisoft Forward, as it was our first demo baked with accessibility features. The feedback we received is extremely important, and helps us adjust in the remaining time until the game is released. We`ll continue to improve, and ensure our features will provide immersion for everyone in the amazing world of London.

Below is a partial list of customization features designed to increase accessibility of Watch Dogs: Legion. More features and settings will be available when the game launches on October 29 on Xbox One, PS4, PC including UPLAY+, and Stadia. Those who purchase the Xbox One or PS4 versions of the game will also unlock access to the Xbox Series X or PlayStation 5 versions of the games when those consoles launch.

On Consoles and PC:

*Watch Dogs: Legion will launch on PS4, Xbox One, Stadia, and PC including UPLAY+ on October 29, and is coming to Xbox Series X and PlayStation 5. For more information on the game, check out our previous coverage. *