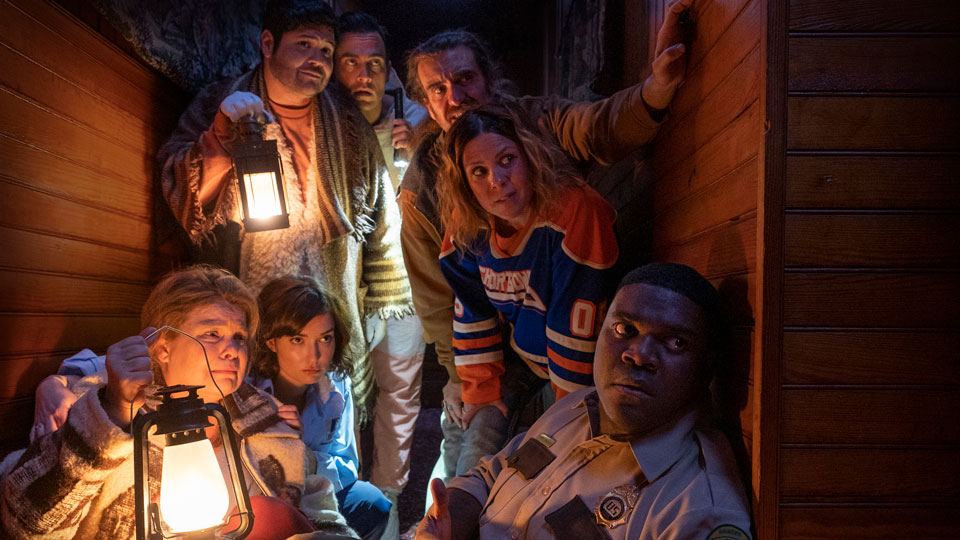 Today during Ubisoft Forward, Ubisoft Film & Television revealed new trailers for the upcoming feature film “Werewolves Within” and for Season 2 of the Apple TV+ comedy “Mythic Quest”. The new “Werewolves Within” sizzle reel gives viewers a first look at a climactic scene from the horror-comedy coming to theaters on June 25*. The 30-second trailer for “Mythic Quest” showcases highlights from Season 2, which is now streaming on Apple TV+.

The Ubisoft Forward sneak peek of “Werewolves Within” features an ensemble cast led by Sam Richardson (Veep) and Milana Vayntrub (This Is Us). In addition to highlights showcasing the dark and comedic tone of the upcoming movie, viewers get to watch a pivotal scene in which the cast first learns about the existence of werewolves from Dr. Ellis (Rebecca Henderson), who claims that one or more of them could be a werewolf.

The new “Mythic Quest” Season 2 trailer spotlights the show’s dysfunctional cast of characters, with references to Ian (Rob McElhenney) and Poppy’s (Charlotte Nicdao) shifting power dynamic as they adjust to life as co-creative directors of “Mythic Quest”, the (fictional) biggest multiplayer videogame of all time. “Mythic Quest”, created by Rob McElhenney, Charlie Day and Megan Ganz, is the first original comedy to come out of Ubisoft Film & Television. The critically acclaimed workplace comedy is well into Season 2, with seven episodes available to stream right now on Apple TV+, and new episodes dropping every Friday leading up until the Season 2 finale on June 25.

Watch Werewolves Within in theaters on June 25*, or on demand and digital platforms on July 2*. You can watch Seasons 1 and 2 of “Mythic Quest” right now exclusively on Apple TV+. Apple TV+ is available on iOS devices, PlayStation, Xbox, Apple TV, Mac, select Samsung smart TVs, Amazon Fire TV, Roku, and at https://tv.apple.com. For all things related to Ubisoft Film & Television, check out our previous coverage.