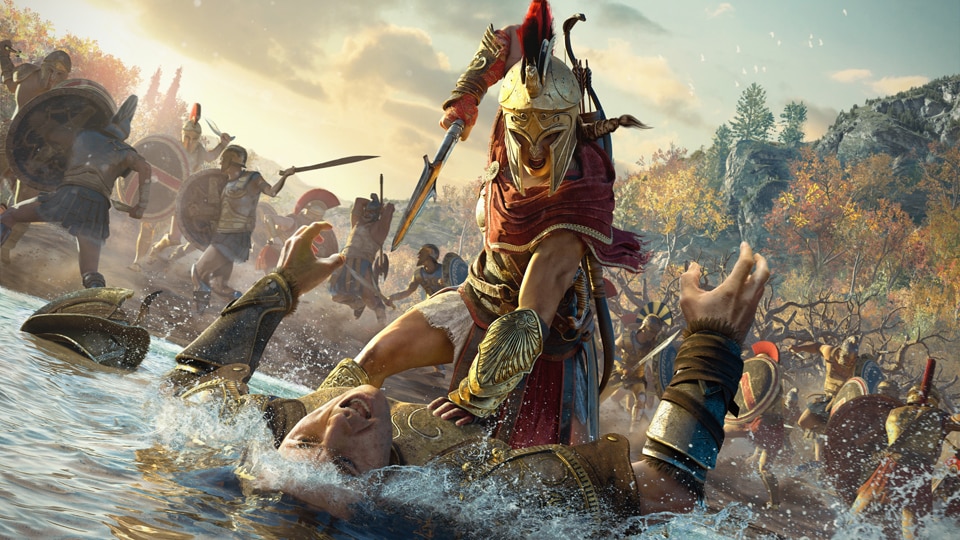 Assassin’s Creed Odyssey gives players a huge, adventure-filled re-creation of Ancient Greece to explore, which you can do for free starting March 19. Available on Xbox One, PS4, and Windows (via Uplay), the free weekend is a chance to experience everything the game’s Standard Edition has to offer, from exploring Athens and Sparta during the Peloponnesian War to sailing the Mediterranean and fighting creatures straight out of mythology.

PS4 and Uplay players can preload the game starting today. The free weekend runs until March 22, and any progress you make during the trial period will carry over if you decide to purchase the full game, which will be on sale for up to 75% off on PS4 (from March 18-25) and Xbox One (from March 20-30), and up to 67% off via the Ubisoft Store until March 26. Additionally, anyone who plays during the free weekend – whether they own the game or not – will unlock Ezio’s Roman Set through Ubisoft Club, which includes the Milanese Sword as well as a Legendary armor set based on Ezio’s outfit from Assassin’s Creed Brotherhood.

Assassin’s Creed Odyssey is out now for PS4, Xbox One, and PC. For more on the game, including The Fate of Atlantis and Legacy of the First Blade story arcs, check out our previous coverage.