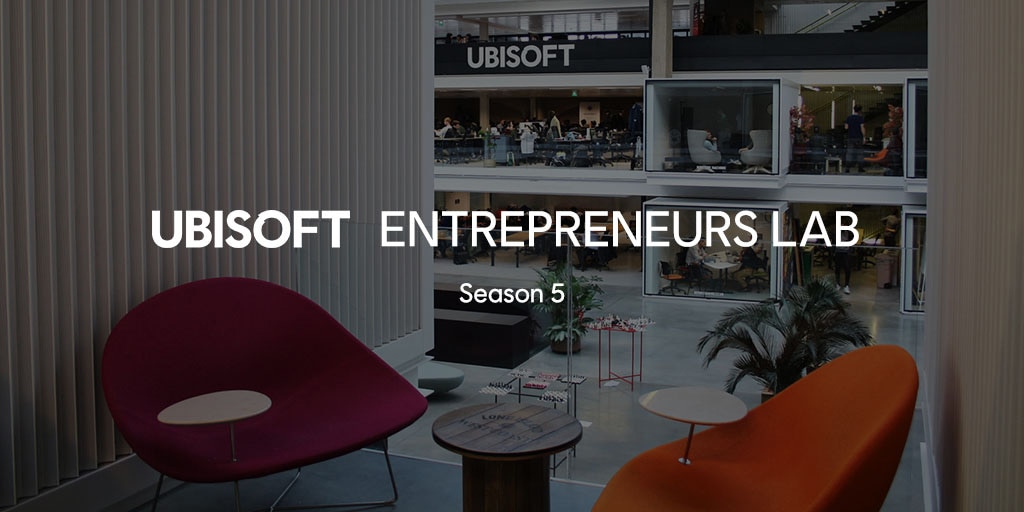 The Ubisoft Entrepreneurs Lab has begun its fifth season of working with technology and entertainment startups, this time under the theme of social entertainment. Since 2017, the program has been based in Paris at Station F, the world’s biggest startup campus, and last year expanded to the IMDA Pixel incubation space in Singapore. Though the collaboration between Ubisoft and startups this season will be mostly virtual, the selected candidates can still benefit from Ubisoft’s experience and expertise to help them achieve their goals and invent the future of entertainment.

Social entertainment is even more relevant now than when the theme was announced back in January, and the program will also continue to focus on blockchain technology and how it can facilitate social connections and empower communities.

Each participant was selected based on their potential to transform these areas, and this season’s lineup includes: Atlantide (France); Sky Mavis / Axie Infinity (Vietnam); Caregame (France); Immersiv.Io (France); Planetarium (South Korea); Sorare (France); Splinterlands (US); and Xaya (UK).Emmeline Biscay, Ubisoft’s Chief Data Officer and sponsor for season five, will provide direct support and advice to each business. “This selection shows that, more than ever, Ubisoft is committed to creating the most engaging, creative, fun and bonding entertainment experiences for tomorrow,” says Biscay. “We are convinced that by joining forces with talented entrepreneurs, we can only enrich each other and accelerate our common efforts for gamers.”

For more on the Ubisoft Entrepreneurs Lab, check out our previous coverage and see below for details on each of the startups involved in season 5.

Atlantide creates educational games based on history to entertain and educate. The first experience developed by Atlantide is a geolocalized game that transforms a place into an XXL augmented reality playground to encourage observation, communication and immersion. Atlantide’s ambition is to blow the dust off of history by making it more concrete, more playful, and more accessible, through professional and general public tools.

CareGame helps mobile game publishers to reach players like never before. Thanks to the new cloud mobile gaming solution that CareGame built, players can instantly access any mobile game without any download. No more smartphone (or storage!) constraint: mobile games can be enjoyed with a few clicks no matter the device, opening doors for better discoverability and wider audiences. CareGame believes the future of mobile gaming should bring publishers and players closer together, by being less centralized and showing more solidarity.

With augmented reality, Immersiv.io team is able to provide sports fans with an unprecedented live experience. Whether watching through their smartglasses or a smartphone, they can access and interact with all the information they need to enjoy the game: video streaming, replays, stats, social feeds, editorial content, and more regardless of their location, at the stadium or at home.

Planetarium is an ecosystem for community-powered online games that live forever through decentralization.

Planetarium’s Libplanet, a blockchain core written in C#/.NET, enables blockchain and game clients to fully share code so that developers can create cross-platform decentralized games in a single Unity project. Game clients based on Libplanet can connect to each other to power an online world together without centralized servers.

Planetarium is also developing Nine Chronicles, a fully decentralized RPG based on Libplanet which will launch in 2020. To encourage experimentation, this game will be open sourced at launch and updated with support from the community.

Axie Infinity is a digital pet universe where players raise, battle, and trade cute creatures called Axies. In Axie Infinity, players can experience the benefits of blockchain technology through 'Play to Earn' gameplay and a player-owned economy. The game is created by technology company Sky Mavis, which specializes in creating products that allow anyone to truly own their digital identity and game assets.

Sorare is a global fantasy football game where managers can compose their teams, trade official digital collectibles, and compete for rewards every week. Launched in March 2019, Sorare is on a mission to bringing crypto to fantasy sports fans through the most popular sport in the world: football. Sorare’s game has attracted 10,000+ users with a monthly volume of $150,000 in March 2020. Based in Paris, Sorare is funded by Tier 1 venture capital firms such as Seedcamp, ConsenSys, and Kima Ventures.

Splinterlands is a next -generation collectible trading card game. By building the game on blockchain technology, the developers create the ability for players to play anytime, trade anytime, and earn every win. Over 20 million games have been played. Over $100,000 has been awarded to players through tournaments. Thousands of accounts battle every single day, and over $1 million USD worth of cards have been traded back and forth between players since Splinterlands launched less than two years ago.