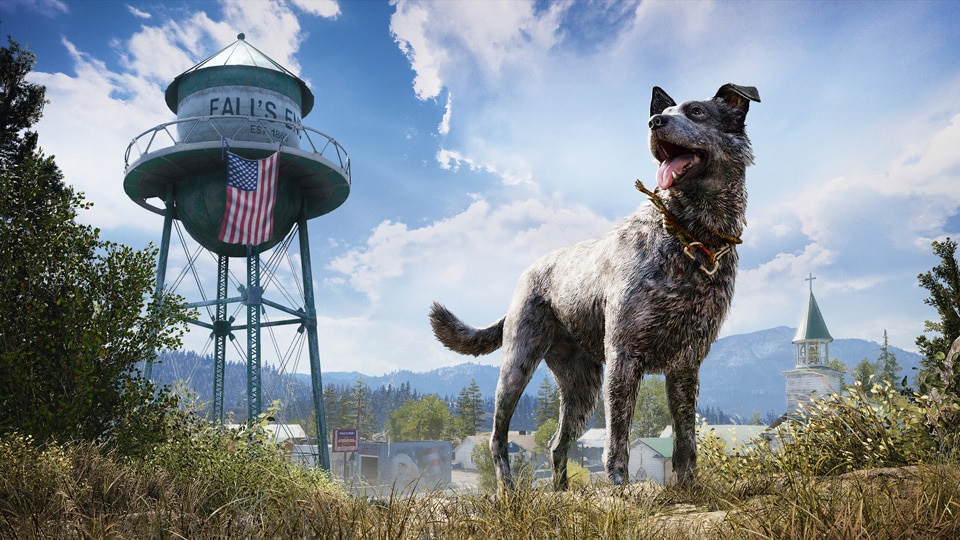 Ubisoft+ Classics is your ticket to dangerous new worlds starting on December 20, when Far Cry 5, Far Cry New Dawn, and Far Cry Primal are added to its growing library. When they arrive, PlayStation Plus Extra and Premium members can test their wits and skills against apocalyptic cultists, post-apocalyptic bandits, and rival Stone Age tribes in three unique open-world adventures.

Far Cry 5, released in 2018, unfolds in Hope County, Montana, a remote, rural landscape where The Project at Eden’s Gate cult has taken over. The cult is dead-set on kidnapping and brainwashing Hope County’s denizens, and you – as the nameless Deputy – need to survive long enough to dismantle their operation with a wide array of firearms, human and animal companions, and a whole bunch of throwing shovels.

2019’s Far Cry New Dawn is also set in Hope County, but years after nuclear war destroyed most of human civilization. Breaking from the bleak desert wastelands typical of post-nuclear fiction, this Hope County is bursting with color following a radioactive superbloom. It’s also bursting with neon-clad bandits out to violently use up the last of the county’s resources in an extended post-collapse party. As you battle the Highwaymen, you’ll help the citizens of Hope County rebuild, conquer outposts (and then re-conquer them at higher difficulties for better rewards), and travel to far-flung locations across the US for special loot-grabbing missions. 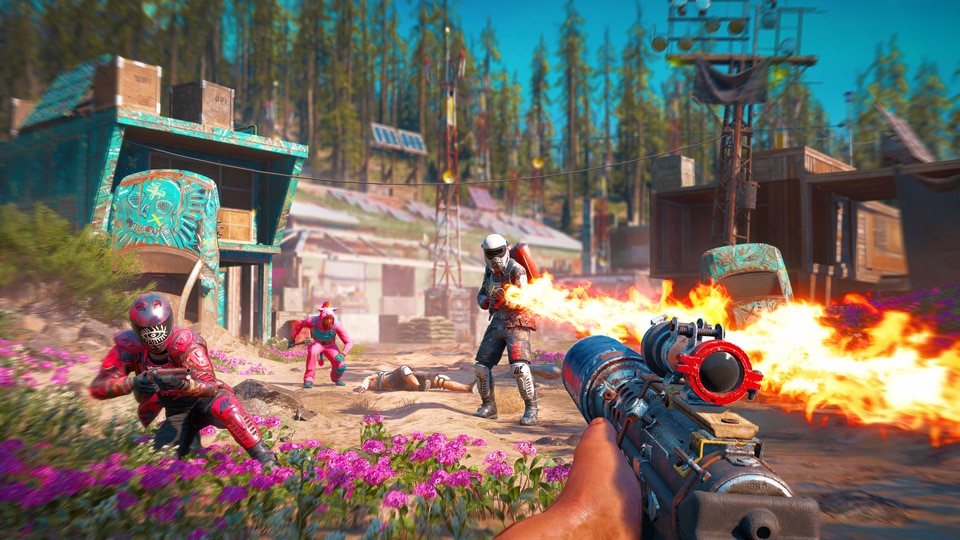 Far Cry Primal brings survival back to its basics in 10,000 BCE, where scrappy Stone Age hunter Takkar wields spears, clubs, and bows to battle deadly prehistoric creatures and two rival tribes on a quest to make a home for the scattered Wenja tribe. Released in 2016, Far Cry Primal carried the seeds that would become the Fangs for Hire in later games, as Takkar can gain the ability to tame and recruit dangerous animals as companions and mounts.

Ubisoft+ Classics is included with PlayStation Plus Extra and PlayStation Plus Premium memberships. In addition to the three games arriving on December 20, members get access to the following Ubisoft titles:

Find out more about Ubisoft+ Classics and its included games, and for more on Far Cry, check out the new Lost Between Worlds expansion for Far Cry 6, find out how AI helped animate Far Cry 6, and discover Ubisoft’s rich tradition of putting cats on boats.