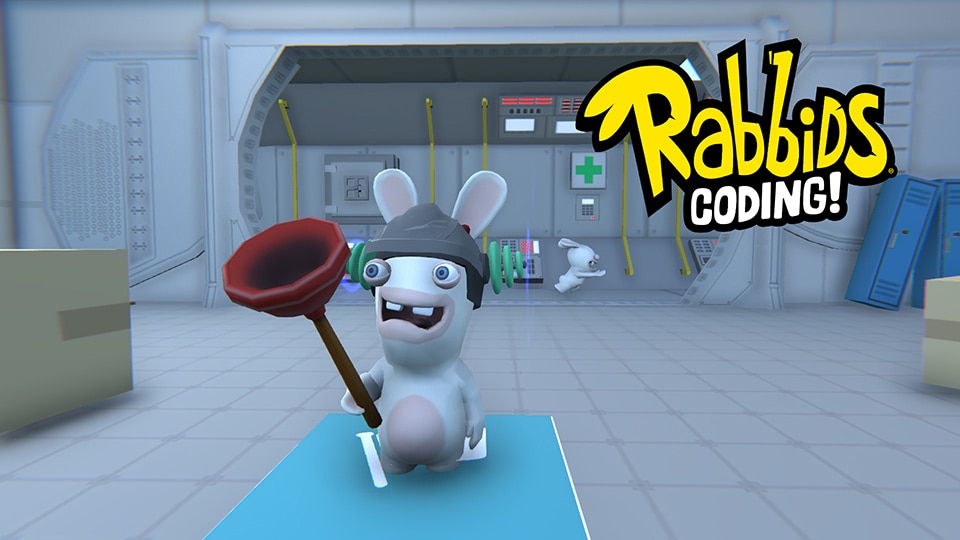 Rabbids Coding is a free game that teaches the basics of programming and computer logic. Players are tasked with providing sequential instructions to Rabbids who wear mind-control helmets, "encouraging" them to clean up the spaceship they have invaded and preventing them from making more of a mess. Created by Ubisoft Montreal, the aim is to give players of all ages the tools to get interested in programming and learn more about the logic of computers.

Anthony Kozak, a programmer at Ubisoft Montreal and the leading force behind Rabbids Coding, has a background in education and game creation. His own journey through teaching and game development inspired and informed Rabbids Coding.

What is your background, and what do you currently do at Ubisoft?

Anthony Kozak: For around 10 years, I was a self-taught, independent developer in the web and videogame industries. I also used to create training courses on making games for companies, students, and job seekers. I am originally from France, and when I moved to Canada, I turned my courses into a website with fun coding exercises that anyone could access. Right now, though, I am a developer, and Rabbids Coding has been my main project. I developed the game, as well as the tools used to create the levels and translate the game into different languages. I also planned the actual teaching content in each of the levels. My years of experience as a freelance developer and teacher certainly helped with that!

Where did the idea come from to create a game about learning to code?

AK: The idea was jointly conceived by Ubisoft Canada and Ubisoft's CSR (Corporate Social Responsibility) team to create a small educational game to teach programming for kids using well-known Ubisoft characters. At first, I came up with the initial concept as an external consultant, but eventually I joined the Ubisoft team to work on the project, as it fit really well with my past experience and skills.

Why did making this game matter to you?

AK: It's actually quite personal to me. As a child who grew up with a visual impairment, it was explained to me quite early on that jobs working with computers and technology might be a good fit for me. I found programming quite appealing, but at the time, I had to learn by myself, and with resources that were not suitable for children, let alone someone with a visual impairment. Rabbids Coding is a game that I would have loved to play as a kid. I am very proud to have created it, and so thankful that the CSR team have made it freely accessible worldwide. 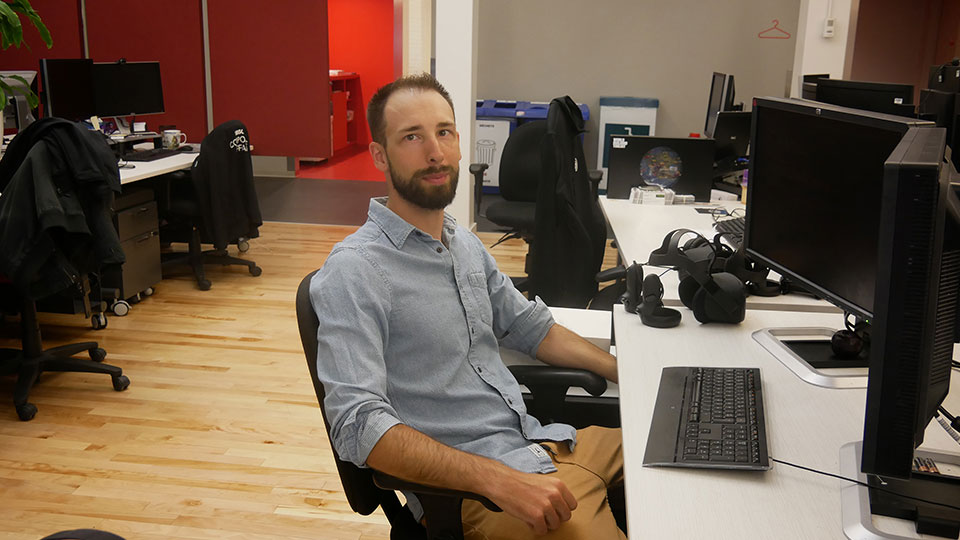 So who is the game for? What will players learn?

AK: The main target I had in mind while creating the project was children aged 6 to 14, but really it's for anyone who wants to have a fun and easy introduction to programming. When Ubisoft started to hold programming workshops for employees, I was really amazed at how much adults enjoyed the game as well! It's for anyone who wants to learn, as long as they have the basic reading skills to understand the task of each level.

Why is it important to teach people about programming and how computers "think?"

AK: Programming is all about logic, and even if you don't plan on making a career for yourself in this field, the skills will always be useful. Even if you're not a programmer, you might work with a few! Programming is also an ever-evolving and changing field, so it's really good to start young and understand the core concepts. It's also good to train your brain not to stay in its comfort zone, and programming is a great tool for this, whether you're just starting to learn or have been doing it for years.

In the game, the Rabbids have trashed a spaceship, and the player is tasked with cleaning it up. Where did the idea come from to have the Rabbids run wild on a spaceship?

AK: In the Rabbids cartoon, we saw that they really wanted to go to the moon. They finally managed to get themselves onto a spaceship, so what did they do? They trashed it, of course. They're Rabbids, after all! They were probably having so much fun they forgot why they were even on the ship in the first place. 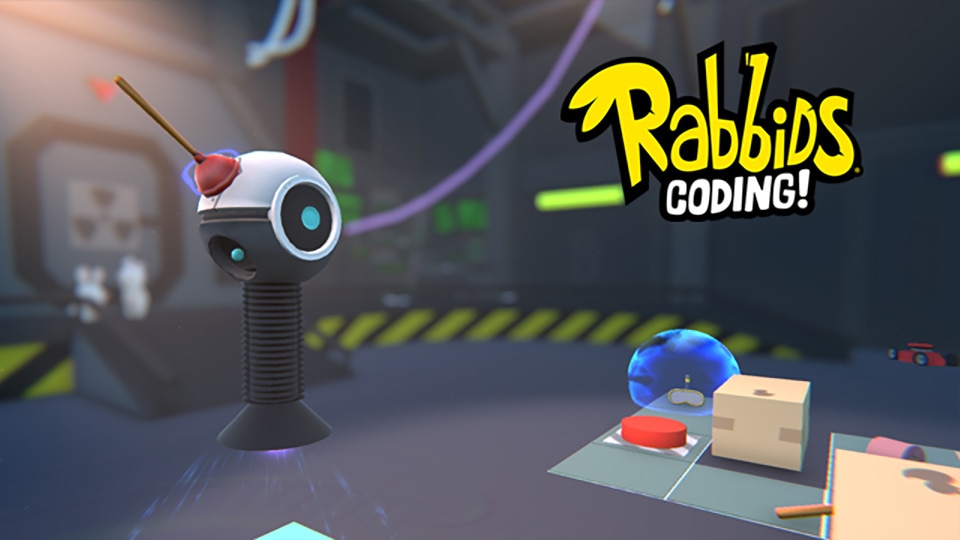 AK: Traditional learning is not dead at all. It's still very useful, and always evolving into new and different approaches. It has been shown that learning through a more interactive and engaging medium, such as videogames, can be very effective, because kids are more focused and directly engaged in what they are studying. There's no reason the two can't be combined, and Rabbids Coding was designed to be used both in the classroom and at home. We even created guides and a special classroom version of the game that doesn't need a UPLAY connection, so that teachers can plan lessons around it.

What are the challenges in making something like Rabbids Coding, something designed to educate?

AK: Educational games require a lot of groundwork, especially in researching the teaching methods that can be applied to the game. You need to find the right balance between fun gameplay and the educational part. You're playing with the Rabbids, but it can't be too silly; you need to make sure that people are having fun, but learning as well. Making any game comes with challenges, like making sure it's fun, and making sure the level and game design are engaging. An educational game adds more complexity, as it's still a game, but you are trying to teach something.

Is there anything that creating Rabbids Coding has taught you?

AK: I feel like I've found my true calling, as this project combines my two passions: making videogames and teaching. I have also learned that you should never, ever leave Rabbids unsupervised!

Rabbids Coding is available free from UPLAY; pick it up now and start learning to code! For more on Rabbids Coding, check out our previous coverage.