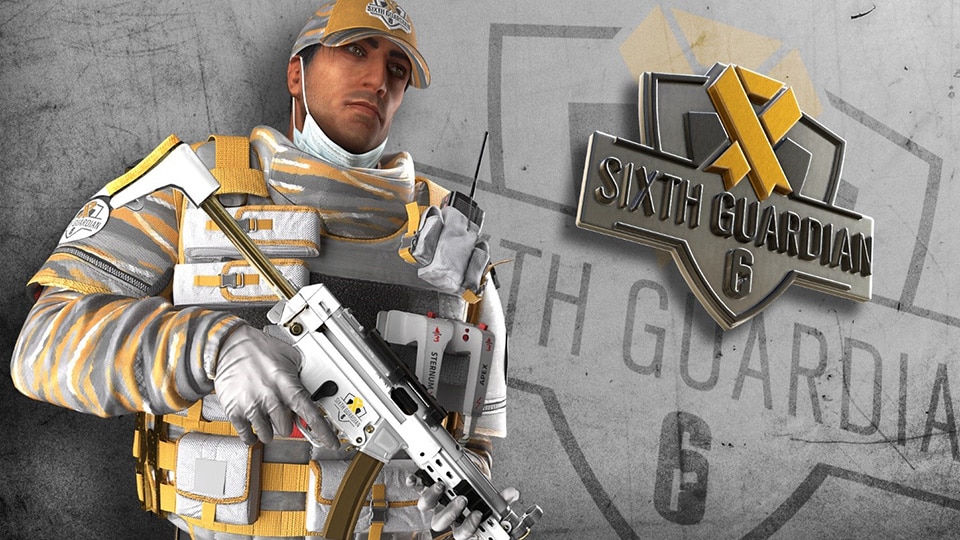 Rainbow Six Siege is no stranger to lending a hand for charitable causes, and with the launch of the Sixth Guardian program, players will be able to support charitable efforts through the game while netting exclusive gear for their Operators. The Sixth Guardian initiative kicks off in Operation Neon Dawn with the AbleGamers Operator bundle for Doc, with more bundles to be announced for future seasons. Best of all, 100% of net proceeds from the sale of the bundles will go directly to the organization they are in support of.

The first of the Sixth Guardian bundles will allow players to deck out heavily armored healer Doc with some headgear, a uniform, a weapon skin, and a weapon charm, all designed in collaboration with AbleGamers and themed around their logo and colors. The bundle launches alongside Year 5 Season 4, and will cost 1200 R6 credits through the in-game store, with all net proceeds (set at a minimum of $6) going to AbleGamers to support players with disabilities. 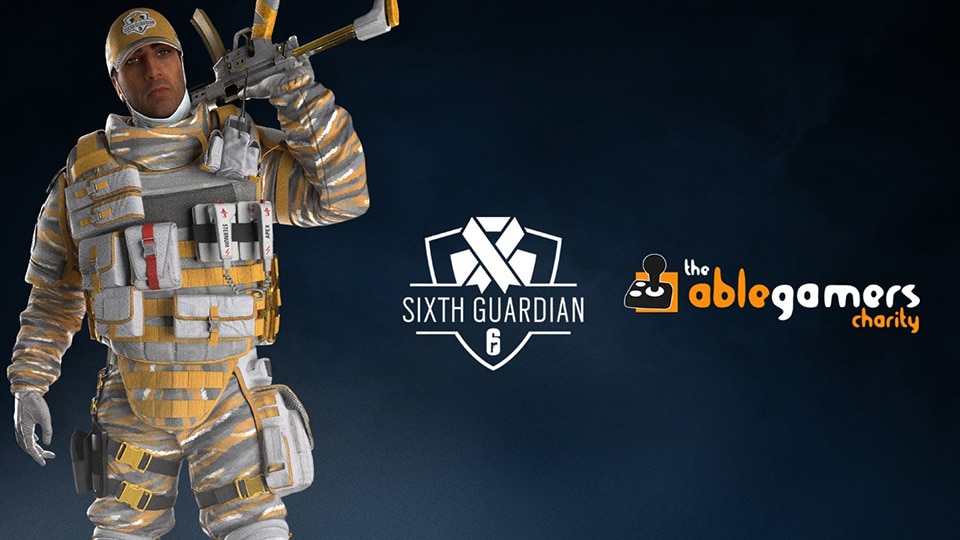 The AbleGamers charity was founded in 2004 to assist players with disabilities in playing video games through the use of individually customized controllers and inputs. Even players with the same disability can have a range of different needs, and AbleGamers works with people on an individual basis to provide the right solution for them to get them playing and enjoying their favorite video games.

“AbleGamers is honored to partner with Ubisoft to support players with disabilities,“ said Steve Spohn, AbleGamers’ director of peer support. “We couldn't be more thrilled to have the ranks of the Rainbow Six community joining our quest to combat social isolation and improve the quality of life for people with disabilities by providing the equipment and knowledge they need to play in the virtual worlds we love so much.”

“The community team loves to find ways to engage our players and rally them together,” added Karen Lee, lead community developer for Rainbow Six Siege and creator of the Sixth Guardian program. “We’ve seen in the past when we’ve held charity show matches or donated money to causes relevant to our community that they want to get involved and give back. The AbleGamers Charity is a wonderful organization; they’ve done a lot to open up discussions about accessibility in gaming and had a positive impact in that space and on a lot of individuals. We’re very behind what they do and really happy to be working with them on this bundle.”

Keep an eye out for the Sixth Guardian bundle in Operation Neon Dawn, launching soon. Stay up to date with the latest news from Rainbow Six Siege and more games with Ubisoft News.