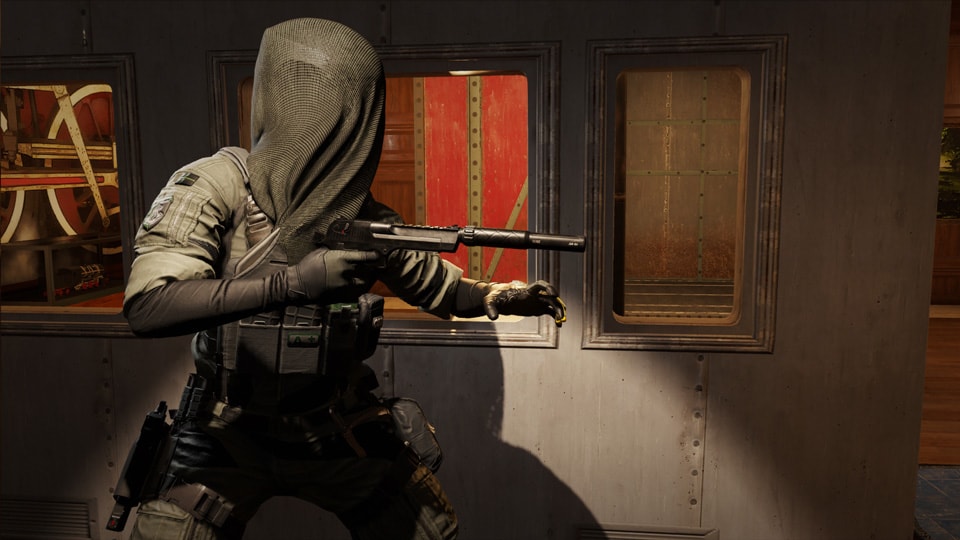 Players dropping into Rainbow Six Siege today will have two new Operators to contend with, because Operation Phantom Sight is now live. Warden, the new Defender, resists flashes and can see through smoke with the power of his Glance Smart Glasses, while Nøkk, the new Attacker, uses her HEL Presence Reduction gadget to cloak herself from camera feeds and silence her footsteps. These Operators are playable now for Year 4 Pass holders, and will be available in seven days for anyone to purchase in-game using Renown or R6 credits. Watch the video below to see their gadgets in action, and read on for more on what's new this season.

As part of the development team's dedication to reworking the current maps to make them more competitively viable, the Kafe Dostoyevsky map has been renovated, and the new version is now free for all players. The Reverse Friendly Fire feature introduced during the previous season, Operation Burnt Horizon, is being updated as well, to better fulfill its purpose of punishing players who intentionally teamkill their squadmates. And the new Lesion Elite set—which includes a uniform, victory animation, gadget skin, weapon skins, and chibi charm— will help players look even better while jamming their opponents' meridians.