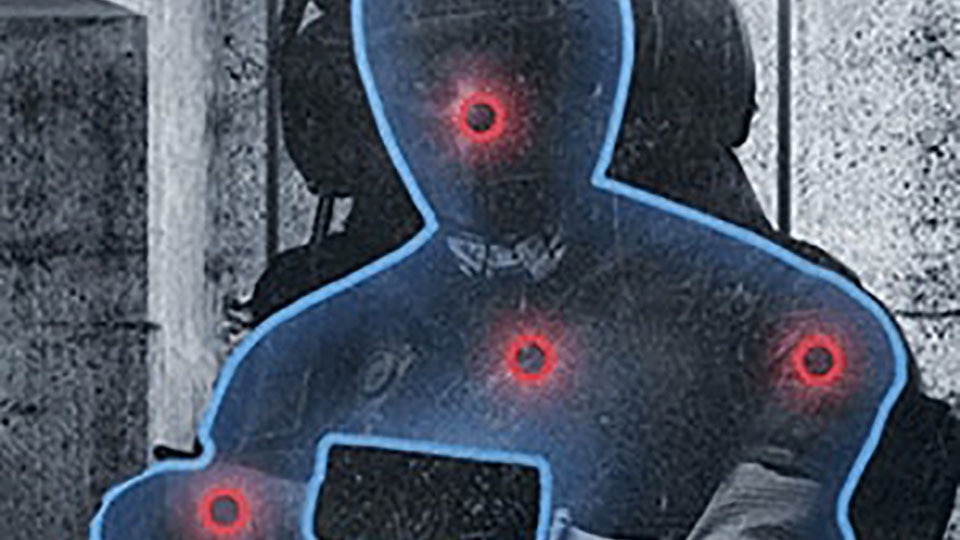 After serving time on the technical test server, Rainbow Six Siege‘s Title Update 2.1 (also, rather confusingly, known as version 2.2.1 – but we'll stick with 2.1 here) has its wide PC release today, June 7. The tentative date for the update's arrival on PS4 and Xbox One is June 20 (the reasons behind the differing PC and console release dates were discussed in the Operation Health panel.)

Alongside the faster and more reliable one-step interactive matchmaking which we've already discussed, the update brings some interesting gameplay changes.

First up, there's a spot of hitbox refactoring. The hitbox is the area of an operator's character model that – when hit – registers damage. Early in Rainbow Six Siege's development, the designers settled on a broad mantra that "everything should react." As well as destructible items in the game-world, this applied to the operators – anywhere they were hit, they took damage.

As the number of operators in the game increased, it was necessary to make sure that their designs were easy for players to tell apart. Efforts were made to ensure their silhouettes differed, so many of the identifiable features of the characters ended up being accessories which fell outside the lines of their bodies. The designers began to realize that this put some operators at a bit of a hitbox disadvantage.

However, as the potential for hitbox-related problems wasn't clear until the range of operators increased post-launch, efforts to address the issue led to inconsistencies. For example, Blitz was part of the original operator line-up, so his chunky earmuffs are part of his hitbox. Frost was added later as part of Operation Black Ice, so the developers knew that her hitbox shouldn't include that big fluffy collar.

These inconsistencies proved frustrating for precise players, and also had the potential to cause trouble in a competitive environment. With that in mind, the team decided to use some of their Operation Health time to bring all operator's hitboxes in-line, following a new sub-mantra: "only human body parts count."

This means, should the developers choose to add an operator wearing a beer hat and a giant foam hand, that character won't be damaged by bullet his to the cans, metal hat frame, rubber pipe-work or enormous foam fingers.

This change takes effect in Title Update 2.1 – but that's just the first step in the hitbox refactoring process. The second is intended to bring this redesign back in-line with the "everything should react" philosophy. This involves the team adding audio and visual cues which trigger when parts of the character model outside the hitbox take bullets. For example, hitting the metallic frame of the hypothetical Beer Hat Man's beer hat might cause a spark and a ricochet noise, while hitting one of his cans might cause a puff of yellow liquid and an audible slosh. This will ensure players instinctively know when they've hit a character but haven't caused damage. 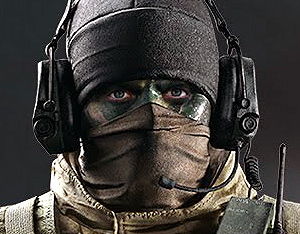 Next up, there are the Glaz tweaks mentioned in the Operation Health panel.

As you might remember, in order to make Glaz more useful, his rifle was updated with a scope which could see through smoke. These changes were intended to make him more effective as a sniper, but had the side-effect of leaving him over-powered in shorter distance encounters. In order to bring the big Russian back into line, changes have been made to the effectiveness of his rifle: bullet damage has been reduced slightly, and the gun's recoil and "elastic time" (the time it takes to re-center after firing) has been increased.

The ability to generate smoke has also been shuffled around the operator load-outs, with Ash and Thermite's Smoke Grenades swapped with Fuze and Jackal's Stun Grenades.

No one wants to be taken out before they have a chance to take the fight to the bad guys, so the 2.1 update takes the first steps to fixing maps where it's possible to spawn-kill. The developers have reworked areas of the Chalet, Kanal and Consulate maps to address areas where the defenders could get fast line-of-sight on the attackers spawn points.

These are just some of the fixes and changes from Title Update 2.1; the first fruits to fall from the Operation Health tree. For the full run down check the Rainbow Six Siege site.