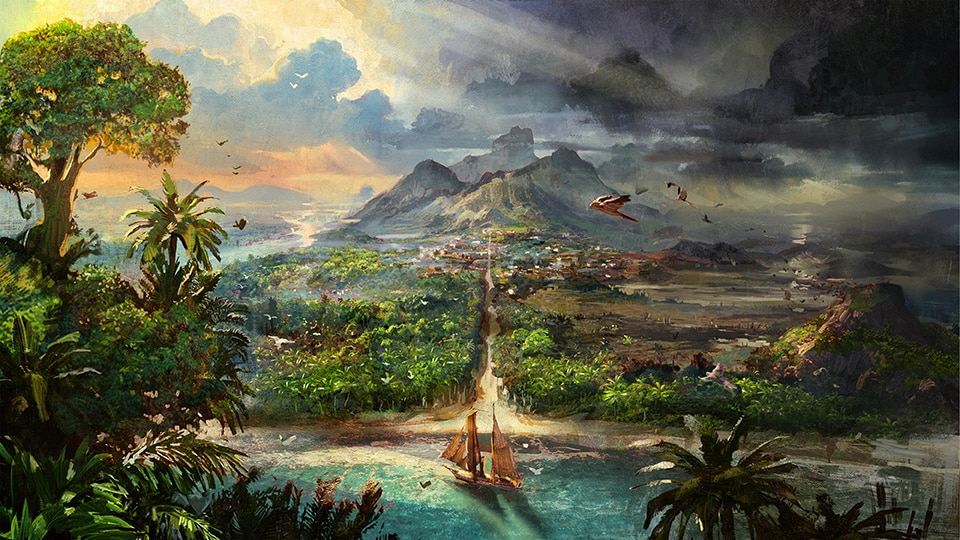 Anno 1800 will kick off Season 4 – which includes three new DLCs – in 2022, but new, free content is just around the corner. On December 14, players will get a new mode, Eden Burning, for free, which will challenge them to clean up after polluting invaders and build a sustainable source of energy, all while doing minimal damage to the ecosystem of a remote island.

Created for the 2021 Green Game Jam, where it won the UNEP Choice Award, Eden Burning introduces Scenarios, self-contained game sessions with their own victory conditions – in this case, building a hydroelectric dam on the island of La Xultuna as quickly as possible, while managing your own pollution to keep the local ecosystem healthy. Taking a roguelike approach, Eden Burning encourages players to experiment, and even fail, so that they can see the effects of different approaches and learn for their next run. More Scenarios are coming with Season 4, with at least one new Scenario released alongside each DLC.

Also on December 14, players can buy the Plant A Tree DLC for $2.99 USD, which adds an ornamental tree for their cities and contributes a minimum of $1 USD from each purchase to Ecologi, a social enterprise that funds reforestation and other carbon-reduction projects. The DLC will be available for purchase until March 31, 2022, and will return later in 2022 as a free item.

Eden Burning will launch with Game Update 13 on December 14, which also includes two free ship skins – one for the Battlecruiser and one for the Ship of the Line – to celebrate Anno 1800 surpassing 2 million players. And speaking of free gifts, Anno 1404 History Edition is now available for free on PC until December 14 as part of Ubisoft’s 35th anniversary celebration.

Anno 1800 is available now on PC, and is included with a Ubisoft+ subscription. For more on the game, check out our dedicated news hub.