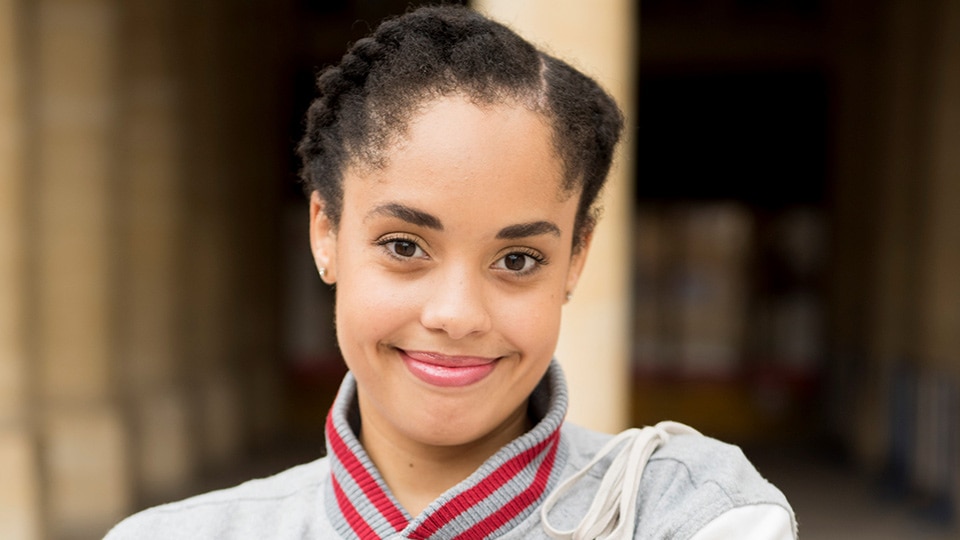 As a development coordinator at the Paris division of Ubisoft Film & Television, Claire Rieuneau is responsible for helping oversee the studio’s current projects and developing ideas for potential new ones. It’s a job that’s equal parts creative and organizational; without her and her team’s creative input, shows might never be made, and without their pitching to broadcast networks and streaming services, they might never be seen. We spoke with Rieuneau to learn more about her career, what she hopes to achieve in the future, and how women in animation have inspired her. 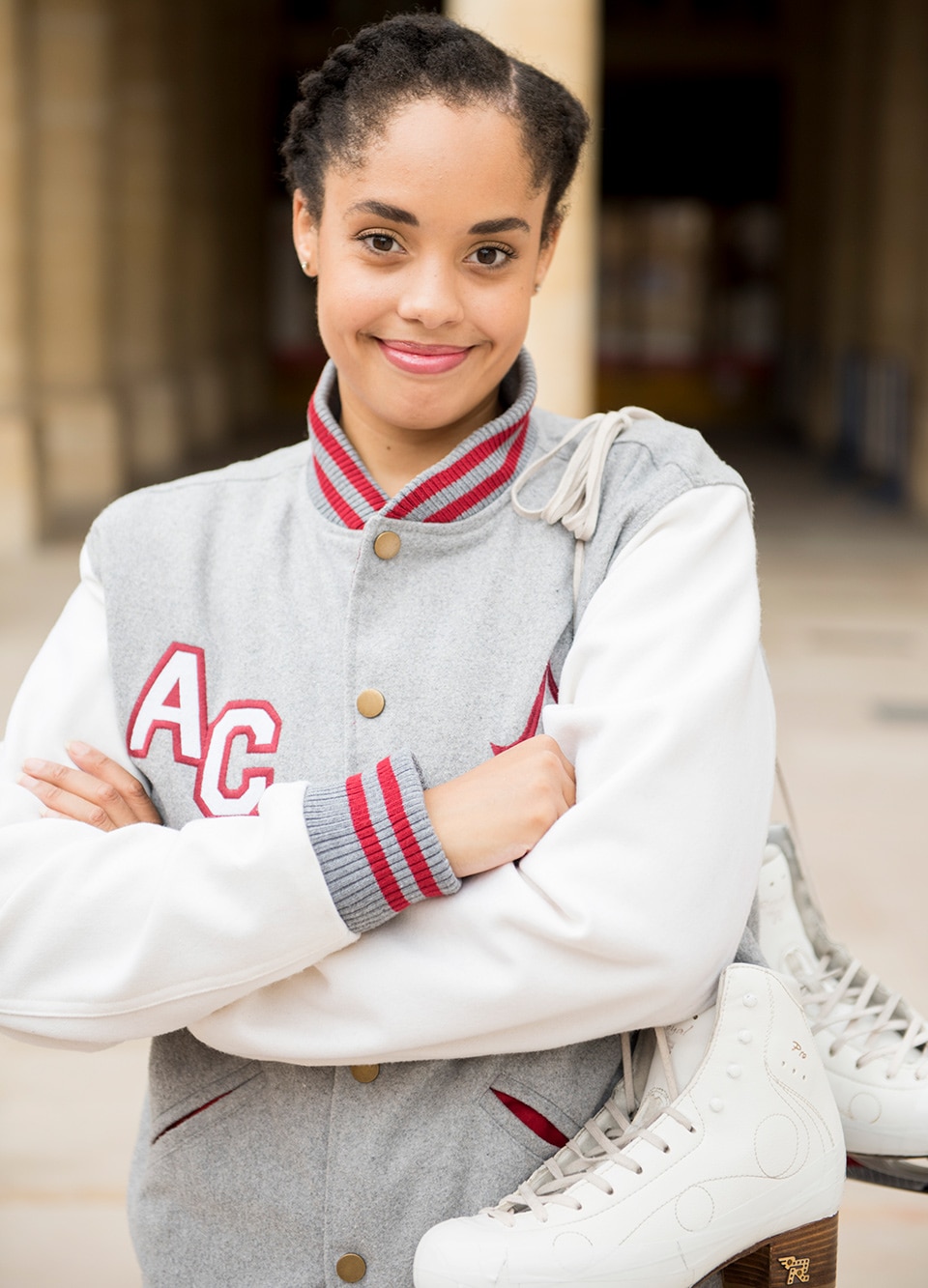 Tell me a bit about your background.

Claire Rieuneau: I was born near Paris, but when I was 12, my family moved to Normandy. I’ve always been curious about a lot of topics. I wanted to do so many different things when I was young, but I always loved music, and thought that I’d love to end up working in music. I played the Viola in music school for about 10 years, and at one point I thought I would do that professionally. After high school, I was considering going to art school, but I wasn’t quite sure, so I moved to Germany and started to study music production. I thought anything related to music or art would be fine. Eventually, I realized that I needed to look outside of music. It was a real passion, but I couldn’t do it for a living, because I didn’t want to lose my love for music. Music school had already starting robbing me of my passion for it.

I considered music journalism for a time as well, but then I discovered production. To be a producer allows you to be in music, but still be in the background. I loved the idea of being able to touch so many different aspects of the industry. Slowly, I’m not quite sure how, my focus changed from music to film. I decided to come back to France and study marketing, because every industry needs marketing, and I wanted to be able to change my mind if I wanted. In my last year in school, I focused on film production.

When I graduated, I really wanted to work for Ubisoft, because I had always played games, and Assassin’s Creed was one of my favorites. But I didn’t know how. Ubisoft wasn’t really fitting with my wish to work in film. Then I discovered Ubisoft Film & Television, and I knew it was the perfect opportunity. I got an internship and now here I am, five years later.

__What made you switch from music to film and television? __

CR: I think I maybe just wasn’t that aware of them. My parents were never really the type to go out to the movies, so it wasn’t until I started discovering them on my own that I really appreciated them. The same goes for television. I’m not a big fan of sitcoms, and that used to be a lot of what TV was, but now there’s so much more than that. Then I discovered the role of a producer in films, which I thought was so interesting, even more so than a music producer. 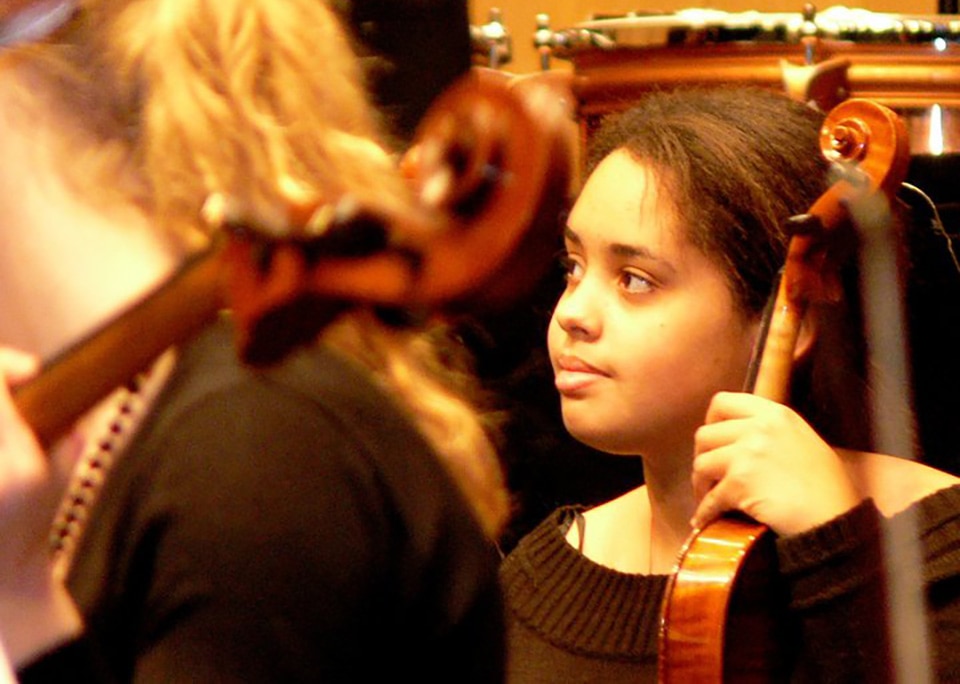 How did you get to your current role?

CR: When I first started at Ubisoft Film & Television in Paris, I was a production administrator. We didn’t yet have a development division. When I finished my internship, my manager told me that they were creating a development division, and that they were creating a role for me so that I could stay with them. It was a bit lucky because the timing worked out, but I had expressed interest in working in development because that’s the start of every TV and film project.

In the Paris office, we’re more focused on animation, and most of the animation projects are TV series. But I can work in both film and television now, and to be honest, these days, the two are so close to each other in terms of production. I think TV series allow for even more writing and character development, so it can be a great way to tell a story.

You mentioned that you were afraid to work in music because it might ruin the passion you had. Have you found that working in film and television has changed your opinion on them?

CR: It’s made me discover and appreciate the industry even more. I’m happy I chose to work in film and television. I discover new things every day; there are always new projects to work on, different types of production. I don’t feel like I’m working on the same thing day-to-day. I’m pretty happy here.

What exactly does a development coordinator do?

CR: We try to expand the world of Ubisoft’s properties, and also create original ideas within the videogame space or that feel right for Ubisoft. We’re always trying to come up with ideas that make sense for Ubisoft.

The daily life of a development coordinator involves following up on the status of all in-development projects. When it comes to developing new projects, we often start by checking the videogames we have at Ubisoft, and see if we have a way to tell a unique story set in that world. It can’t just be a retelling of an in-game story; we have to find what a different type of media can bring to a brand. We also have to find talent to help make it. Since we do mostly animation at the Paris office, we’re mostly thinking about writers, artists, and designers.

Once we’ve come up with an idea for development and have potential talent associated with it, we can pitch it to our boss, Gerard Guillemot, and if it’s accepted, we go into active development. Then we have to approach broadcasters and streaming services to try and sell them the project. There’s so much to the role. It’s why I don’t get bored. 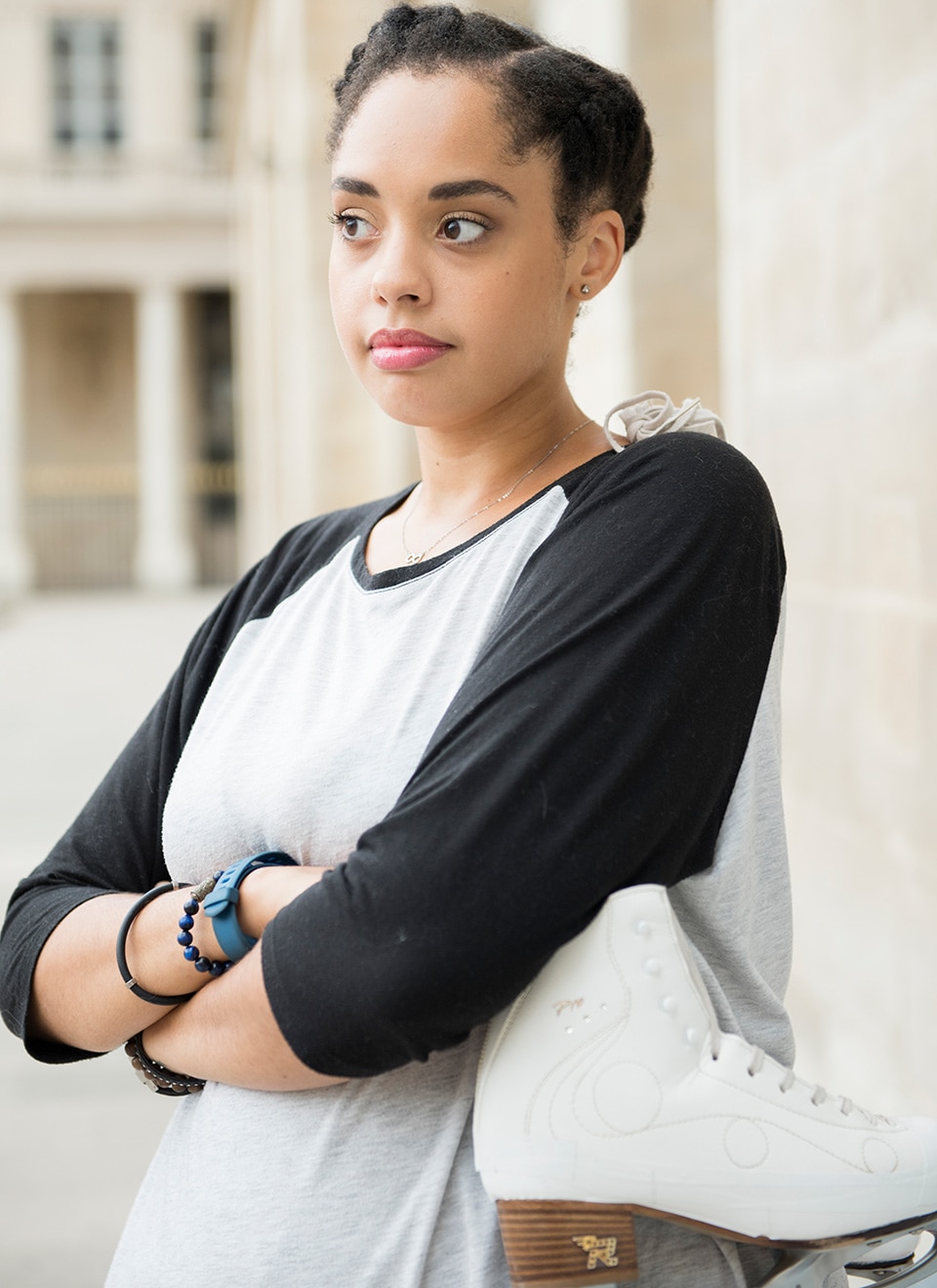 Is there a specific part of the job you like best?

CR: I really like everything that has to do with the creative part of the job. It’s the most interesting part for me. The writing, the designs. But at the same time, the business side is also interesting. I love to see how art can find its audience, and the business aspect of our job is really important in that. You can create beautiful things, but if there’s no one to see them, then you sadly can’t share that beauty.

Do you feel that your experience as a gamer helps in your job?

CR: I think it helps, but it certainly doesn’t do everything. For development, you need to be curious about so many things, not just games. Where it helps is making sure we stay faithful and close to the source material and making sure it appeals to a gamer audience. I’m a gamer, and I wouldn’t want a series based on a game I love to ignore the core material.

Is there a difference in adapting a videogame into a TV series versus adapting it to a film?

CR: At the end of the day, the challenges are the same, and your characters and story still need to be well-written. I think for a long time Hollywood had trouble with adapting videogames to films because they tried to adapt the exact stories of games. Games can be 30 hours, 60 hours, 100 hours; you can’t adapt that into a two-hour movie, it’s impossible. Films also need to appeal to a broad audience that’s not necessarily all gamers. There’s a difference between being inspired by a game and trying to be the same as the game. It’s getting better and better. I think it’s a bit easier for a series, because you have more time to develop your story and world. Maybe we’ll see more series adaptations.

Are there any examples of an animated series that you aspire to?

CR: In animation, I recently discovered the new “She-Ra” series on Netflix. I liked the first season, but as it went on I started to appreciate it even more. The series is so refreshing in how it builds its characters and the relationships between them. It goes beyond what you’re used to seeing in a series for kids, and it’s the type of thing I want to do at Ubisoft.

Speaking of that, what is your ultimate career goal?

CR: My goal is to be a fully accomplished producer. Not only to be a developer, but a full-on producer. I’d love to have my own project and take it from the very beginning to the very end. I want to continue to work internationally as well, not just for one particular market. I love to imagine things, I try to write things, but I’m not a writer, at least yet. 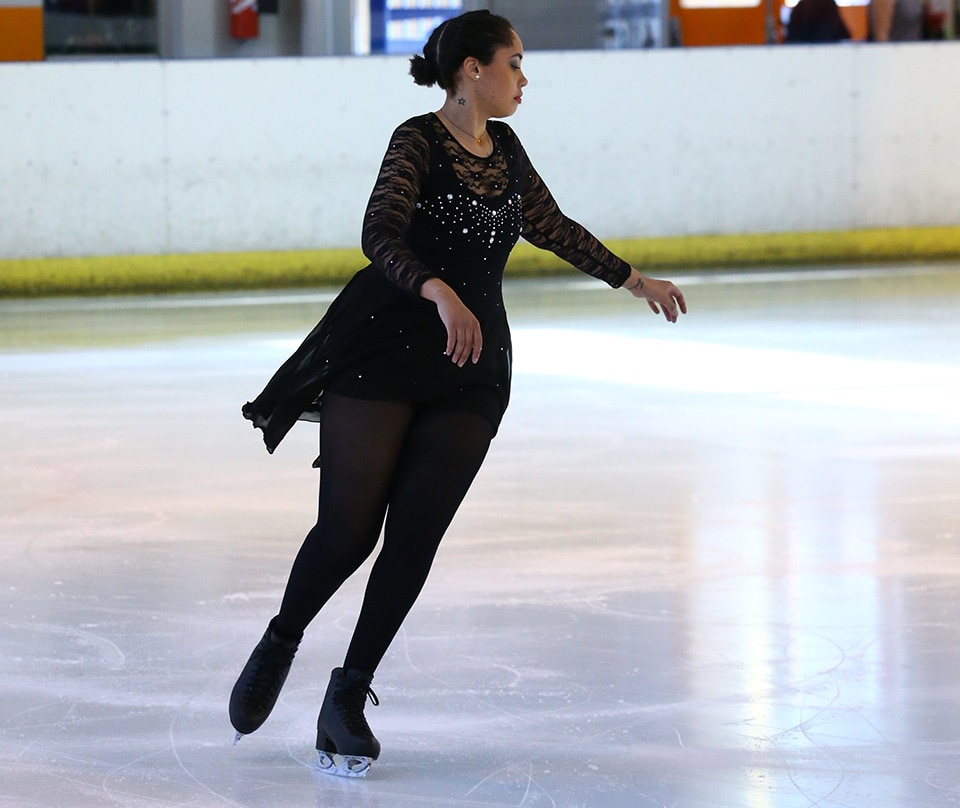 You mentioned She-Ra earlier; do you think there’s a movement towards more women-led animated shows?

CR: Yes, definitely. I think Legend of Korra is a great example, because they kind of lead the way in terms of animation with a female leading character. I think it’s also helped by the fact that we have more and more female writers in this space. Look at “Steven Universe”; it’s written by Rebecca Sugar. She was a designer at one point, but now she has her own show, and is able to express her own ideas. The same for “She-Ra”; it’s led by Noelle Stevenson. I think the more space we give to allow women to express themselves as directors, writers, and producers, the more we’ll have strong female characters. Not even just main characters; it’s not mandatory to have a female lead character, but it’s necessary to have strong female characters. They have the same rights as male characters. I think “Steven Universe” is a great example: the hero is Steven, but he has so many well-written strong female characters around him.

It’s not just animation. You see the same in books, movies, and live-action film. I think as we have more women in production studios, you’ll start to see more good female characters. Not just stereotypes.

Is there any advice you’d want to share with a young woman who wants to do what you do?

CR: Never give up, take all the opportunities that are offered to you. You will always learn something from it. There is no good path, there’s no bad path. We all find our own paths. All experiences are good, no job is too small. Never be afraid to try new things, and don’t be afraid to ask for help or things you need. The worst anyone can say is “no,” so it’s always worth trying.