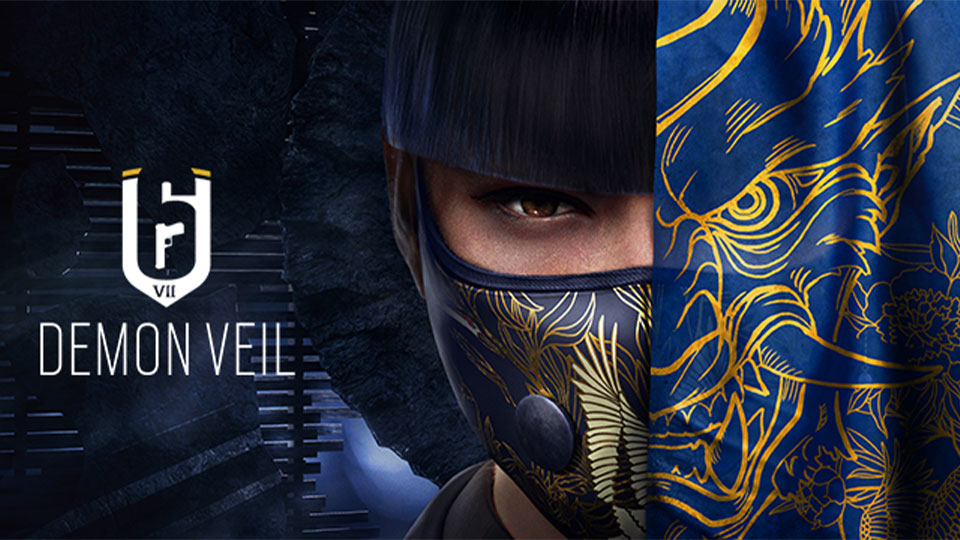 Demon Veil is the first season of Year 7 of Rainbow Six Siege, and it’s bringing an impactful new Operator, a Team Deathmatch mode, and the Attacker Repick feature. Azami is a Defender hailing from Japan and armed with kunai-shaped Kiba Barriers. She can throw them into almost any surface and a large disc of foam will rapidly expand outward from the point of impact, creating a bulletproof barrier that can block off entry points, peek holes, or create some extra cover for her allies. Azami will be available at season launch through the premium track of the Demon Veil Battle Pass, and will be available for unlock two weeks after launch with Renown or R6 Credits.

Later in the season, Demon Veil will add a new map to the Siege pool. Emerald Plains is set at a posh country club in Ireland, and will make a sophisticated setting for Siege’s tactical showdowns. Coming at season launch, a new Team Deathmatch mode will allow players to pick almost any Operator (shield mains are excluded), regardless of what which side they play for or if someone else has already picked them, and then duke it out in firefights with only weapons and grenades (and respawns, of course). Additionally, the Attacker Repick feature will enable players to change which Attacker they’ve picked during the Prep Phase to adapt to their team’s scouting intel; if your team didn’t bring Thatcher and you spot some electrified reinforcements, you can now do something about it.

Here's a quick rundown of some more updates launching with Demon Veil:

Now let’s talk more about Azami and her gadget. The Kiba Barriers look like kunai – throwing knives from Azami’s home country of Japan – but instead of sticking into people, they stick into surfaces. Once embedded, they deploy a rapidly-expanding substance that hardens almost immediately into a bulletproof barrier. This substance expands outwardly from the center to create a large rigid disc that can extend along a wall or into open air. If Azami throws it into a surface that it can’t deploy on, like a gadget or a shield, it simply won’t deploy, and you can pick up the gadget and try again. It may also form only a partial barrier depending on nearby surfaces, but sometimes, a little bit of a barrier is all you need. 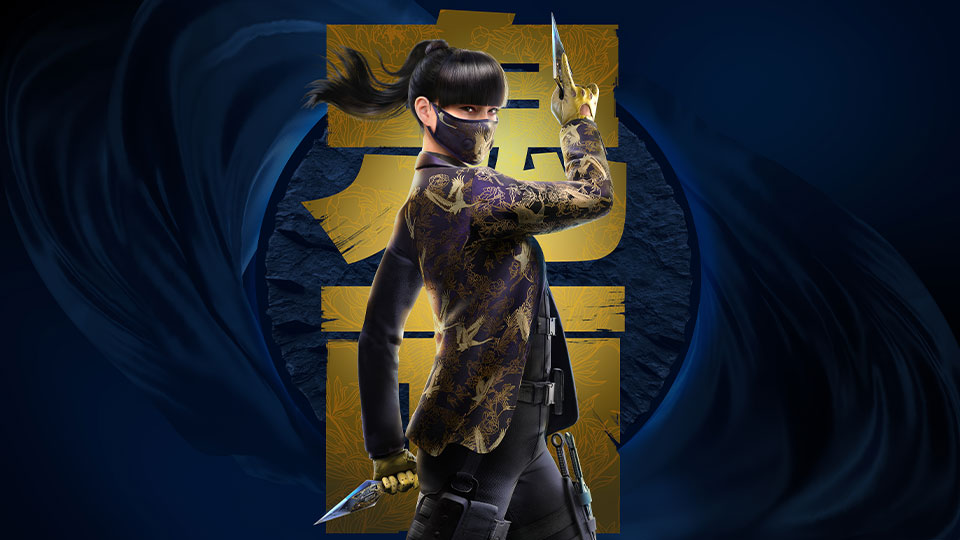 From drone holes and doors to hatches, floors, and all make and manner of breach holes, if there’s a gap you want sealed up, Azami has got you covered. She can also create cover in so many different places that if you expect your usual angles to be there waiting for you when Azami’s in the round, you’d better get on your drone and double-check.

If you want to dream a little bigger, why not put a Kiba Barrier on another Kiba Barrier to create an extra-large barrier? You could also place one below a Mira window on a soft wall, so Attackers thinking they can shoot through and hit whoever is watching the window will be foiled. Why not put a couple of barriers in a hallway to create a labyrinth of facades to lure your foes in? Whether you use Kiba Barriers to pre-place fortifications or reactively respond to threats, the beauty of Azami’s gadget is in its creativity and how it allows you to truly play with the geometry of a Siege map to surprise and outwit your opponents.

Unless your opponents blow them up, that is. Kiba Barriers are bulletproof, but not explosive-proof. To counter Azami’s influence on the match, bring Flores or Ash or Zofia to destroy her barriers from a safe distance. You can also break the barriers with a few melee hits, though the visible cracks that appear on the barrier will be a clear warning to any observant enemies.

Then there’s the matter of corners. Most buildings in Siege are full of 90-degree angles, but Kiba Barriers are circular, so deploying one on, say, the side of a doorway will block off a lot, but not all, of said doorway. This can make for some tricky peek holes, and we all know those go both ways. Azami doesn’t rewrite the rules of Rainbow Six Siege; she expands the possibilities, breathing new life into each map and new unpredictability into each encounter.

Azami’s loadout includes the 9x19VSN submachine gun or the ACS12 shotgun as a primary, and the D-50 as her secondary. Take some barbed wire for extra obstruction, or impact grenades to add another map-reshaping tool to your kit.

Be sure to catch up on the current season, High Calibre, before the upcoming release of Demon Veil, and stay up on the latest news in our Rainbow Six Siege news hub.