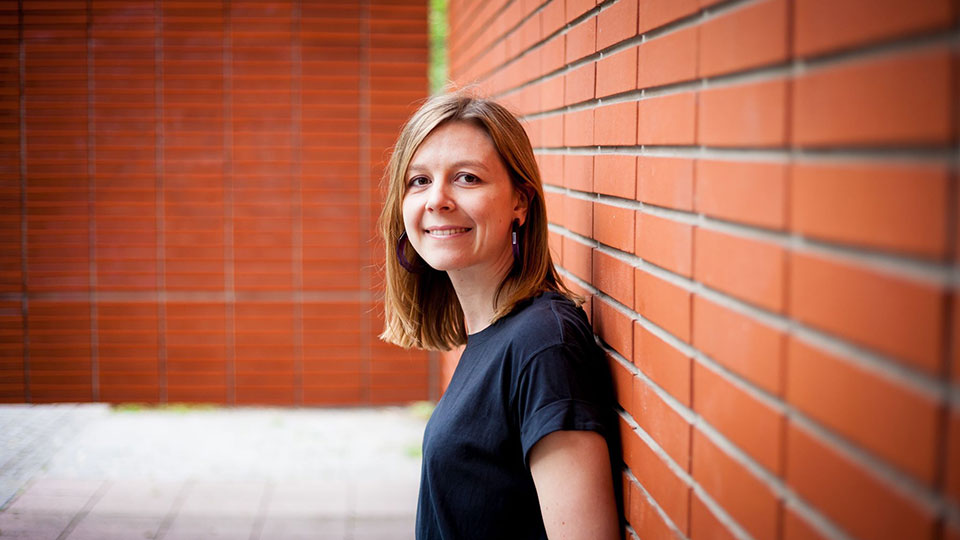 If it weren’t for those zany Rabbids, Tiphaine Boulangé might not be where she is today. A few years ago, Boulangé was finishing up her final business school internship at Ubisoft and working in licensing primarily on the Rabbids brand. That experience paid off four years ago, when she applied for a role as a marketing coordinator at Ubisoft Film & Television’s (UFT) Paris studio. At the time, the studio – which focuses on Ubisoft’s animated properties – was known largely for its Rabbids Invasion show. Being intimately familiar with the brand, Boulangé was a perfect fit for the new role.

At first, she analyzed television ratings and helped create marketing assets for the show. But before long, her role shifted to different shows and brands. UFT was looking to make more shows, and Boulangé began working on more and more in-development projects across a wide range of IPs, including Far Cry Blood Dragon, Rayman, and Hungry Shark. Her job now focuses on creating introductory assets to pitch broadcast networks on the themes, visuals, and core values of each new project. To find out more about her role, projects, and aspirations, we spoke with her for this entry of Women of Ubisoft. 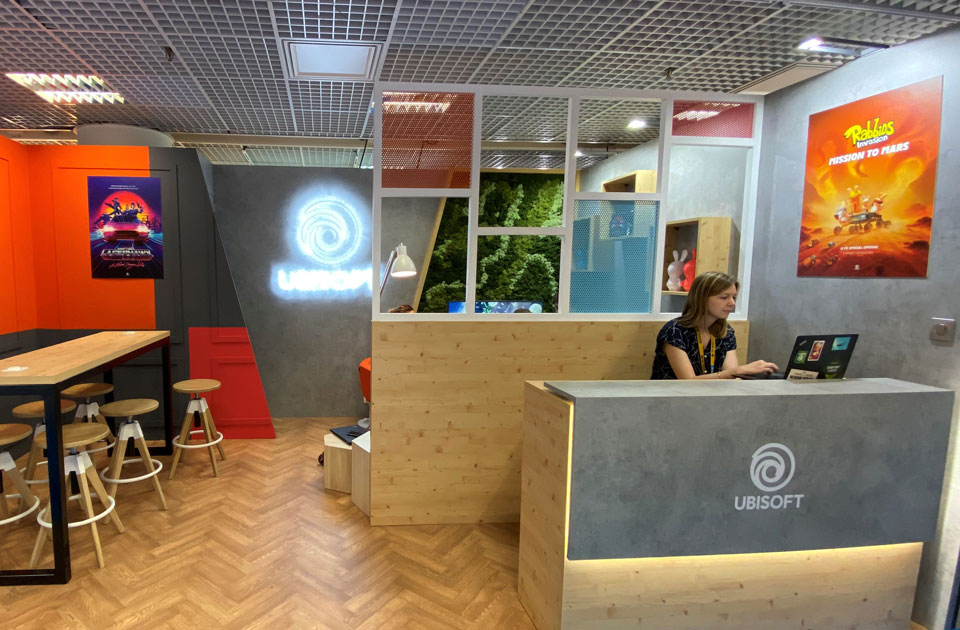 Tiphaine Boulangé: I originally thought I wanted to be an English teacher when I was growing up. I was really into American culture and TV when I was young. I also loved literature, so I went to prep school so I could teach English literature. Eventually, I found myself studying and reading old authors, and felt like I wasn’t in touch with the real world because I was too focused on the past. That’s why I applied to business school so I could work on things relevant to my time. I felt a bit out of place in business school as well, but I managed to figure it out after my first internship, because I understood what my role could be within a company.

I did a six-month internship at Warner Bros. in France, and was able to work on a collection of old movies from the 30s on DVD. It was a realization that I could work in marketing and on projects that I really love, and it wasn’t far from what I was looking for in literature. That’s when I knew I wanted to work in entertainment. After the internship, I applied exclusively to movie and videogame companies. I did another internship in the movie division of Disney France, and I was hooked. I needed to stay in this industry.

Eventually, I had an internship at Ubisoft, and along with my other experiences it was easier to find a full-time job. I’m so happy I stuck with it, because so many people thought I was picky - and a bit delusional - for trying to make a career in entertainment. I ended up finding the perfect job here.

How familiar were you with Ubisoft before your internship?

TB: I was actually trying to work at Ubisoft for videogames [laughs], but I ended up in the Paris Film & Television office. I’ve always played games; I was a huge Nintendo nerd. I’ve played Ocarina of Time at least 15 times by now. I love Pokémon, Zelda, and Mario, and I was thrilled when we announced Mario + Rabbids Kingdom Battle. I wanted to work for a videogame company because it’s a form of art that has always interested me, but I think I’m a better fit working on TV shows based on the games, rather than the games themselves.

What’s your favorite part of your job?

TB: I love overseeing the creation of the key art for a project – the one image that has to sum it all up to someone who doesn’t know the shows yet. I like brainstorming and thinking, “What’s the message of the show? What are its main values? How do you represent that in an image?” My favorite project from last year was working with a creative agency on our poster for our animated cyber mystery series inspired by the Watch Dogs franchise. It’s a show about a teenage girl who is a super hacker. On the poster, you have these two worlds mirroring each other: her real world, and underneath, the digital world. It’s very vibrant, and I love what the agency came up with. The clever use of one-point perspective focuses all your attention on the character while teasing a digital world with endless opportunities.

I love working with graphic designers and concept artists. I write the brief with directions, and when the creative person on the other end just gets it and gives you a real visual translation of what you had in mind, it’s truly rewarding. 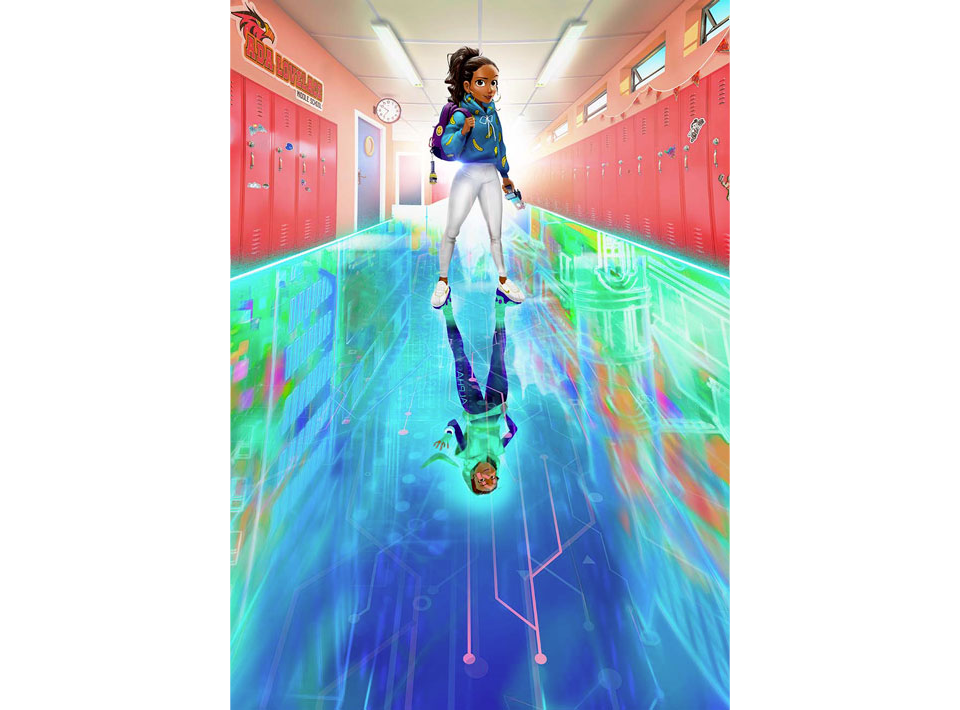 Is there a gender disparity at the Paris Film & Television studio?

TB: Here at UFT Paris, we have an internal production studio of between 30 and 100 people, depending on the projects, and many of the artists and animators here are men, but I think it’s gotten better since in the time that I’ve been here. The head of the studio, Helene Juguet, is a woman and we’re seeing it get better every day. The people that are starting to enter this industry are much more diverse. I’ve been visiting art schools as a representative of Ubisoft during final reviews of student’s films, and I’ve seen that the next generation already looks much more diverse. We gone on recruitment trips to nearby film school, and about half the directors there were women. It’s exciting to see women in lead creative roles.

Why does it excite you?

TB: Ubisoft put together a diversity manifesto about two years ago, and it was very inspiring to me, because I’ve always thought that the healthiest way to bring about inspiration and innovation is through diversity. The statement said that homogeneity is boring and too redundant, and I completely agree. When you have different people with diverse backgrounds, you have more original ideas. We’re trying to have more diverse creative leads on our projects and in our content. In our TV shows, we’re working on representing diverse characters. Again, if you look at our cyber mystery project, our main character is a teenage Latina. I haven’t seen a character like her in a kids’ show yet, and I’m so happy we’re bringing her to the world and showing a female character that is tech-savvy. I hope she inspires others.

How can companies elevate the voices of underrepresented people?

TB: When it comes to entertainment companies, I think there’s an imperative, as content producers, to have more diverse figures in the content itself. I think Netflix does it really well; they are offering a level of freedom to so many people who haven’t had a platform before. Netflix is giving people who traditionally haven’t had a voice the opportunity to tell their stories. We should all be fighting for more diverse content and figures in entertainment. I think it’s crucial for making a society and a company more inclusive. It’s important for people to feel included, and for people who aren’t in a minority group to understand the issues facing those who are a part of these groups. There is still so much we can all do to be more inclusive.

One of my favorite shows, which I think does such a good job with representation, is Steven Universe. I’ve actually attended a panel with the show’s creator, Rebecca Sugar, and it was inspiring hearing her talk about creating a show that allows people to be themselves. For me, Steven Universe really illustrates inclusion and diversity. It’s saying, “It’s OK to be who you are, to love who you want; you are not in a box.” I think the show does it in such a subtle and beautiful way. It’s such a strong and positive message. I don’t have kids, but when I do, I want them to watch it. If we can do our shows just like Rebecca did, then we’ve won.

For more interviews like this, check out our entire Women of Ubisoft series.