Recently, Ubisoft held its annual, internal meet-up known as the Ubisoft Developers Conference (UDC). This event provides a platform for developers from more than 40 Ubisoft studios to meet, present advances in tech, and discuss and share the latest innovations in a variety of fields in game development. UDC was held virtually this year for the first time, but the spirit of sharing and collaboration was as present as always. We spoke to a few of the speakers and attendees in the lead-up to find out more about UDC and what it means to them, as well as why it’s important to have a chance to collaborate and share with their peers all around the world. 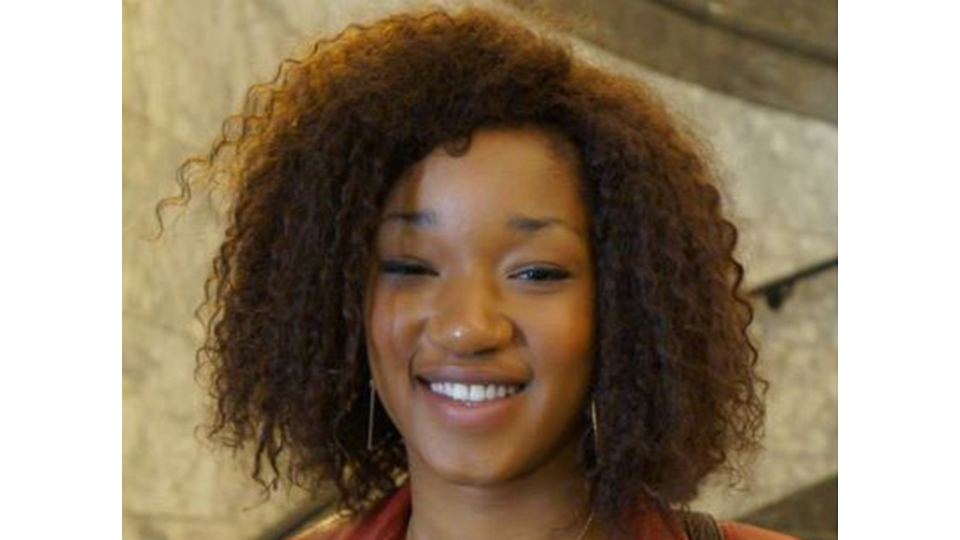 My name is Kathleen Eugene, and this is my very first time attending UDC. I have been working as a data scientist at Ubisoft’s Paris Studio for two years now. Though I am new to attending this event, for me it’s great to have a good overview of what’s going at Ubisoft studios all over the world. Sometimes you can catch snippets of a conversation held over a coffee break and miss the finer points, or not fully understand the topic as it isn’t part of your everyday role or expertise, and UDC offers a chance to hear directly from experts in their field, and to put a face and name to a project while getting all the details and a chance to ask questions and deepen understanding. This is especially important in an ever-growing global network like Ubisoft, and it provides opportunities to not only learn about what’s going on across Ubisoft, but also to form connections and collaborate with colleagues I may not otherwise have met. 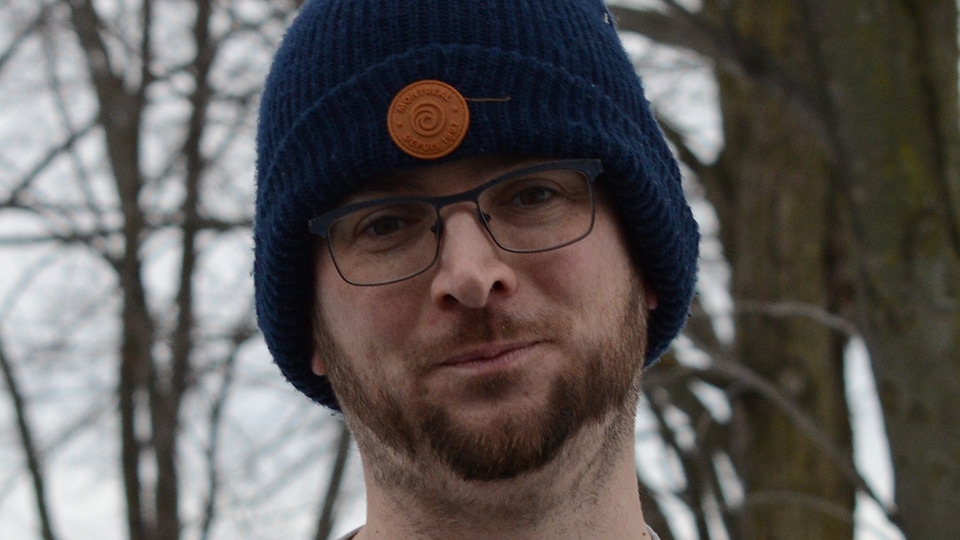 I’m Alan Quayle, a 3D Programmer on Rainbow Six Siege, and I’ve been working at Ubisoft Montreal for the past 10 years. I’ve spoken at the past five UDC events and attended the past nine of them. UDC is important for bringing people together, and having so many talented people gathered in one place – even virtually – can lead to a range of new ideas, projects, and collaborations. In fact, some of the rendering technology we use on Rainbow Six Siege came from when the 3D team met our counterparts at Ubisoft RedLynx for a drink at a past in-person edition of the event. They already had the tech implemented within the Trials games, and we were able to learn a lot from those discussions. It still forms the basis of some of our rendering tech almost seven years later. I’m excited to see what we can learn from this edition, particularly on the technology side and the panel discussions around this. Hopefully we can continue to expand on the collaborations and teamwork in those areas. 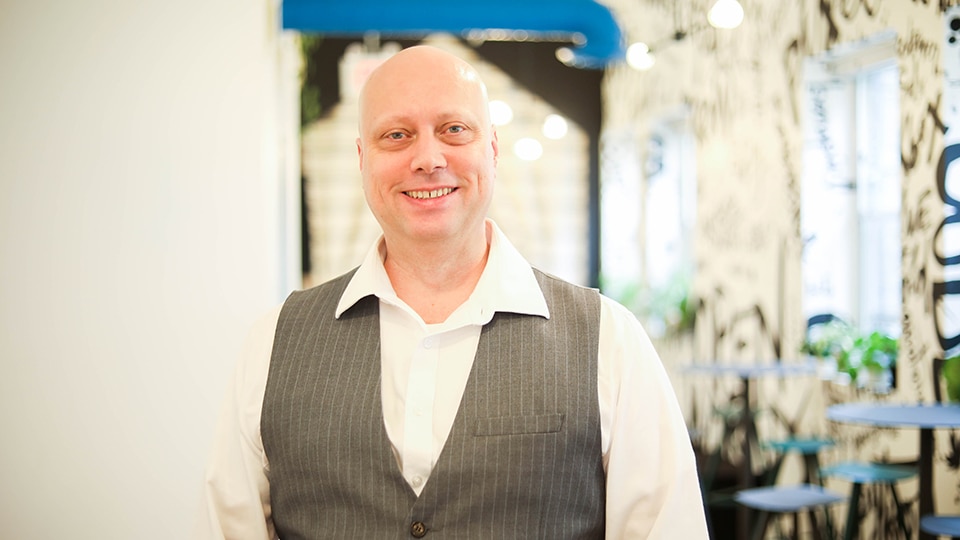 I’m Ryan Fitzgerald, a Game Designer at Ubisoft Winnipeg. I’ve been here for two years now, and this will be the second time I attend UDC. I love seeing teams come together in the way that UDC allows, and my love of this kind of collaboration is immeasurable. First and foremost, you can accomplish a lot when you get a lot of really smart people working together under a shared vision. We have some great game directors who can champion these shared visions and the sheer potential of all these smart people, and it’s truly inspiring. Game development attracts passionate people who prioritize their passions, and we have some extremely intelligent people and teams who are extremely enthusiastic about that shared vision. When these kinds of teams come together, they can put their shoulders to the wheel, and it can have a huge impact on the world. This value is multiplied many-fold when the team is diverse and cross-pollinating each other’s creativity with new perspectives and compelling personal experiences. This year, I’m presenting some new technology developed here at Ubisoft Winnipeg, and even though we haven’t done any proactive outreach about what we’re working on, we’ve received a lot of interest in the tool already. When we present it to the wider Ubisoft community, we’re hoping to keep that momentum going, and increase the already-growing client list we have from word-of-mouth. 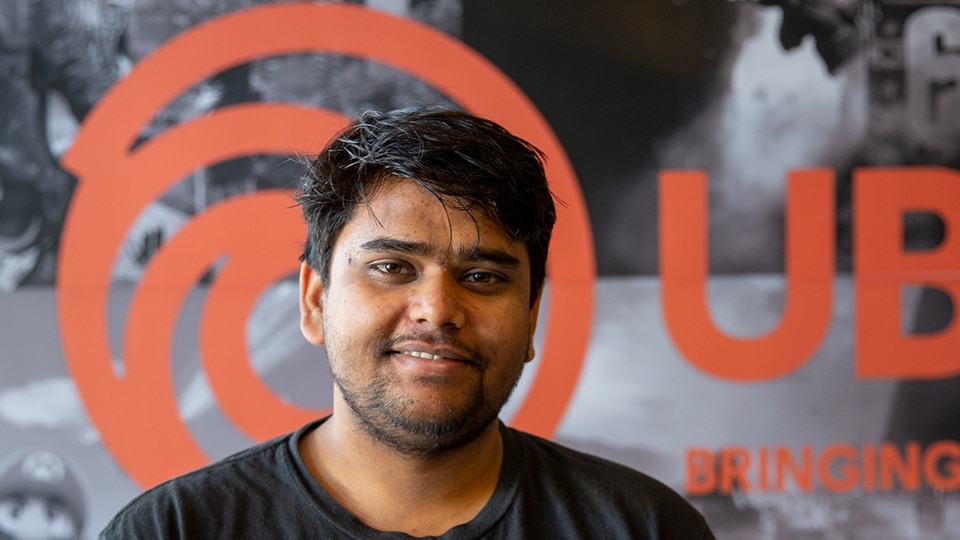 My name is Aditya Prakash, and I am a Research and Development Engineer working on machine-learning-based tools at Ubisoft Mumbai. Apart from this, I also act as an interface between our teams and professors at the Indian Institute of Technology, with whom we collaborate on technical aspects of the development process from time to time. I have been working at Ubisoft for two and a half years now, and this is my first time attending UDC. It’s an event that acts as a great interface for a lot of teams to come together and get a deeper understanding of the development being done across various Ubisoft studios, and it provides opportunities to spark collaborations with new teams and interesting new ideas. Events like this help teams not just to share their work, but also to find solutions for things that they may not have even considered before the event. I am looking forward to interacting with people from a wide range of domains and getting their input on the work that we have been doing. During this event, I would also like to discover what other teams are working on in the field of machine learning, and get to know their workflows and solutions. These interactions can serve as building blocks for improving our current and future solutions, or introducing us to people whose brains we can pick in case we come across a problem they have already encountered and have solutions for.

To learn more about the Ubisoft Developers Conference and other news from Inside Ubisoft, stay tuned to the Ubisoft News hub.