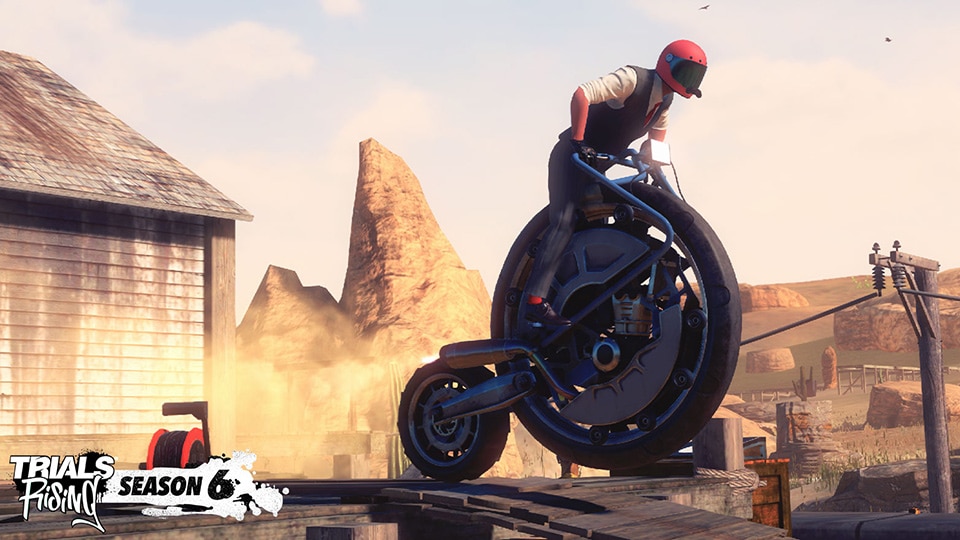 Journey of Trials is the name of the sixth and final season of new tracks and bikes for Trials Rising, and it’s bringing back a franchise legend befitting the name. Embark on a new epic journey in the return of the Gigatrack, the longest official track in Trials history, which will be free for all Trials Rising players starting July 16. The new season will also bring a plethora of new customization items, including the Evo Rider (a Trials Evolution throwback), The Journeyman, and everyone’s favorite septuagenarian assassin from Watch Dogs: Legion, Granny Helen. The return of the summer event and the addition of a new fun bike with a colossal front wheel round out the Journey of Trials season, but rest assured that after the season concludes, competitive multiplayer and events will continue in the same seasonal structure, and servers will continue to be live for all your leaderboard-climbing needs.

Gigatrack debuted in Trials Evolution, and challenged players to speed their way through a very lengthy course that tested their endurance as well as their skill. In Trials Rising, Gigatrack now spans five different environments, and riders will need to zip through it in around 14 minutes in order to earn the platinum medal. The track will be released for free on July 16 as a thank you from the development team to the community.

Journey of Trials brings new outfits as well, starting with the Golden Evo outfit (a special version of the Evo Rider outfit, which will also be available), which is this season’s reward for climbing the competitive multiplayer rankings. The Journeyman outfit will get you in an adventurous mood for the endurance challenge of Gigatrack, and the Granny Helen outfit will transform your rider into the tough-as-nails senior citizen who made a splash at E3 2019’s Watch Dogs: Legion demo. New helmet accessories, poses, animations, bike skins, and headlights are also inbound to give you more ways to show off in style.

As fun bikes go, the new Tevatron certainly makes an impression; it’s a juiced-up take on the classic penny-farthing bicycle, with a gigantic front wheel that generates most of the bike’s torque (and makes it very front-heavy to boot). The Tevatron will be available on July 2 for 45 Acorns.

Journey of Trials will also include the return of the summer event, in which players can hunt down hidden ice cream cones across 10 existing tracks in order to unlock the Smiling Sun helmet, while also looting special customization items from last year’s summer event.

Though this season marks the end of new tracks and bikes for Trials Rising, seasonal multiplayer rankings and events will continue to offer players an outlet for competition and a chance to earn seasonal items. Servers will remain active, including leaderboards and sharing of player-designed tracks and cosmetic items. And the Trials team will continue to stream regularly on the RedLynx Twitch channel.

Trials Rising is available now on PC, Xbox One, PS4, Switch, Stadia, and is included in a UPLAY+ subscription. For more information on past seasons and expansions, check out the Ubisoft News homepage.