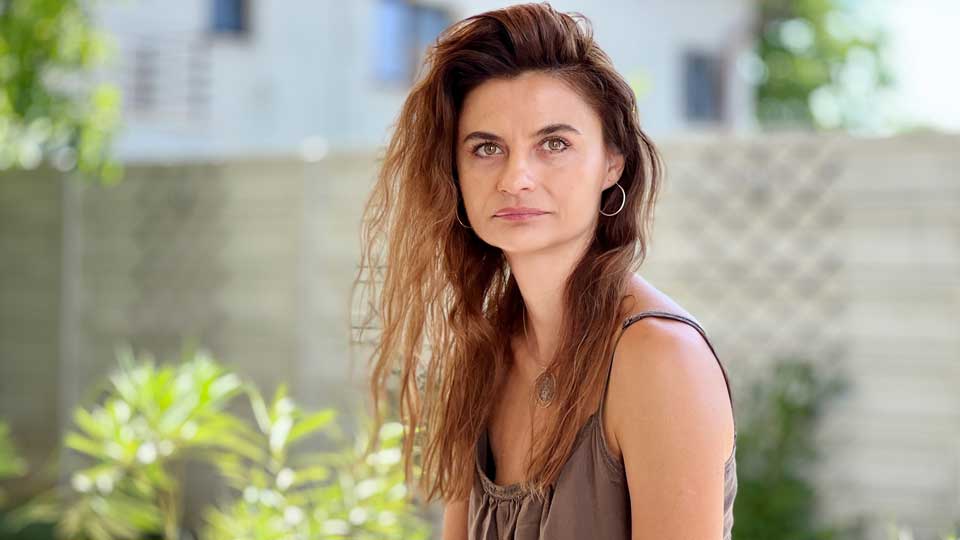 Last month, more than 4000 attendees travelled to Amsterdam to attend the 2022 European Women in Technology conference.  The two-day conference featured more than 250 speakers celebrating the power of resilience by shining a light on the people, businesses, and technology driving positive change in the world. One of those speakers was Roxana Tudor, Programming Technical Director at Ubisoft Bucharest.

Tudor's session, titled "How Video Games Are Shaping The Future of Tech and Entertainment" was intended for those who are generally unfamiliar with the videogame industry, but interested in the impact of games on the wider tech and entertainment sectors. Tudor focused on the cultural reach of videogames, what goes into making a game, and how games can play a role in the future of technology. We caught up with Tudor to learn more about her, her talk, and what value videogames can bring to other industries. 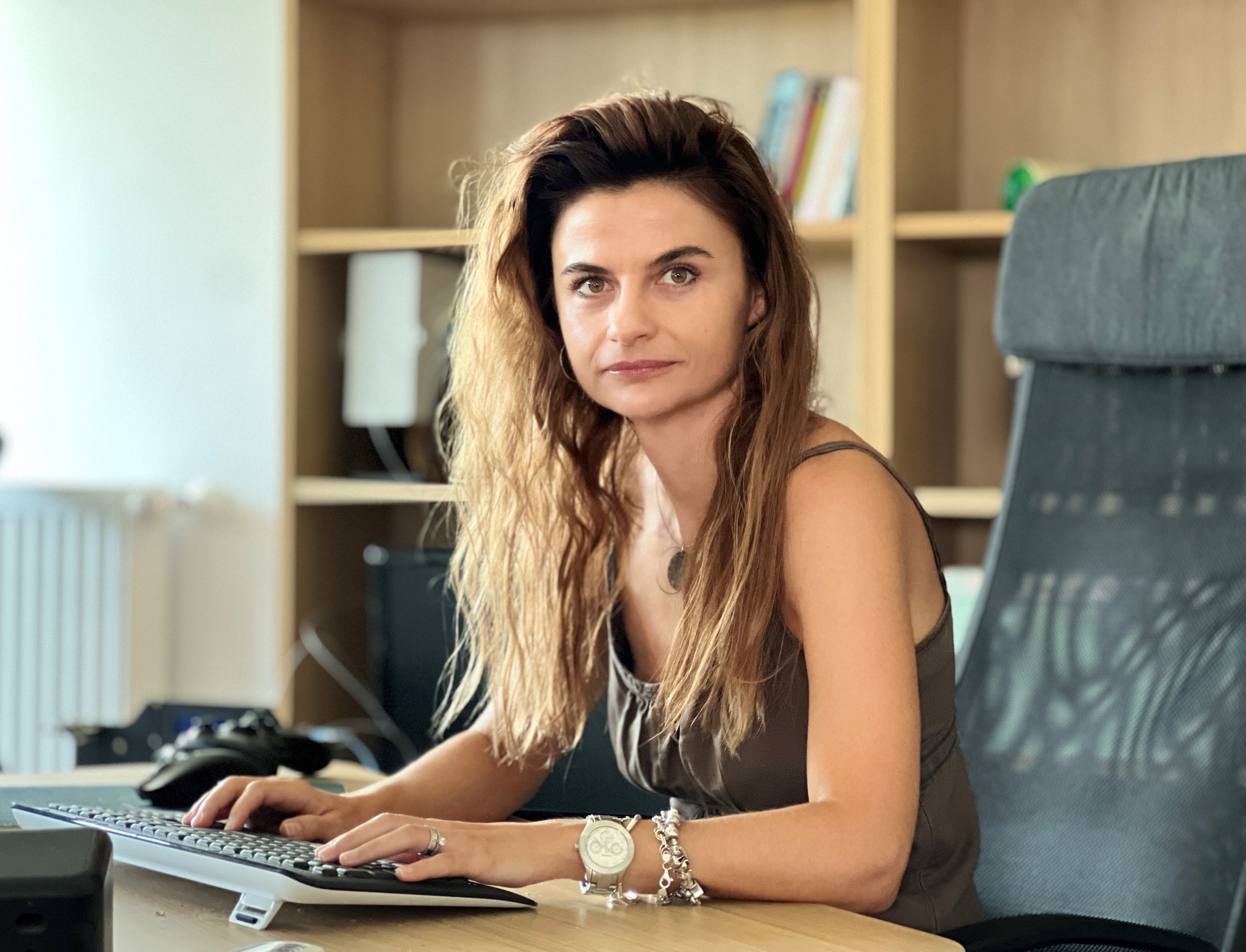 Tell us about yourself and your background! What do you do at Ubisoft?

Roxana Tudor: I am a Programming Technical Director in Bucharest, currently working on Star Wars. My day-to-day job is all about creating games that are both visually pleasing, but at the same time running at peak performance. Pushing the latest visual technologies, the most detailed artwork while keeping the performance in check is something that takes a lot of determination and effort.

From time to time I am also one of the voices and faces of Ubisoft that aim to represent the collective passion of our teams for making great games.

I was always drawn to exact sciences, math in particular. I've checked all the boxes; since 5th grade, I was in advanced classes in school for math, going all the way to college. I used to attend competitions like the math Olympics growing up, too. It's always been a constant in my life. I started programming for the first time when I was about 11, when my dad bought me my first computer.

As an adult, I've worked pretty much all my life in gaming. Before Ubisoft, I worked at a small game company where I learned how to make games and got hooked for life. I joined Ubisoft over 11 years ago now, working along the way on the Ghost Recon franchise, Just Dance, and now Star Wars.

Your talk was intended for folks who aren't familiar with videogames or the videogame industry. Why should someone like that be interested in games at all?

RT: For a start, because games are a part of mainstream culture these days; you may not play them, but it is impossible to not hear about them. The second reason, perhaps even more important, is that the technology developed or perfected in games has now made its way into everyday life. For example, surgeons plan for complex operations using VR; medical students learn and patients experience healthcare via remote consultations; museums adopt the technology to deliver a more immersive, educational experience; even Toyota is using VR to teach people about the dangers of distracted driving.

There are also 3D reconstructions of historical sites. NASA even has a Spacecraft 3D app meant to teach STEAM subjects - these all have their roots in games' tech. Kinect started its life as a peripherical device for Microsoft's console, and today is used to create wearable devices that use gesture control to record hand movements of sign language, then translates them into words that are played back using a voice synthesizer on the user's smartphone. Game tech is everywhere around us.

What do you think the tech industry can learn from videogames?

RT: I think the two most important things are to constantly evolve, and to create communities.

Games are an incredibly dynamic world. Tech that was cutting-edge a couple of years back is ubiquitous today, so you are constantly forced to push for more optimized algorithms or more immersive, fluid experiences. Tech as a whole is also dynamic, of course, but I would argue that there are very few areas of it that surpass games in the speed with which it changes.

The second point is related to the sense of community and belonging games create. You have games that have communities of millions of players, all very invested in the game; people who spend hours each day customizing characters and talking with their online friends about topics they may not even have the courage to discuss in reality. This level of passion and involvement is unprecedented in the tech industry, I would say.

You spoke about the cultural impact of games. Do you feel there are things other forms of media can learn from videogames?

RT: I think that games and other forms of media offer similar experiences today, creating huge communities of fans. Maybe games have the extra advantage of being very interactive and immersive.

For those in the gaming industry, much of this knowledge feels ubiquitous. Why do you feel it hasn't permeated into nearby fields?

RT: I don't think people outside of the industry treat games very seriously. Often, when I talk to people about the size of the industry and how its revenues are larger than all the other forms of entertainment combined, I am met with awe and disbelief. People still think, to some extent, that making games is something that is happening in garages by a small bunch of nerds and not a "real" job. In recent years that has started to change, but we still have a long way to go.

How do we help that change happen faster? What's the future you'd like to see for games, tech, and entertainment?

RT: For any change, the key, I think, is education. In this case, I would start with the education we provide children in school; we need to have more classes available that teach subjects related to videogames. That way, interested children have some solid foundations already laid, and can make career choices with much more ease later on.

As far as the future is concerned, I think it will be all about unlimited imagination, and games are and will be a great way to express that. What I would also like is for games to be more involved in social topics, climate change realities, etc. So not to create a parallel fantasy world where people hide from reality, but rather a world that is heavily interconnected with the real one and is able to help solve its problems.

*For more information about what's going on at Ubisoft, like how the Skull and Bones studio is building a culture of creativity, be sure to check out our hub for news from Inside Ubisoft. *