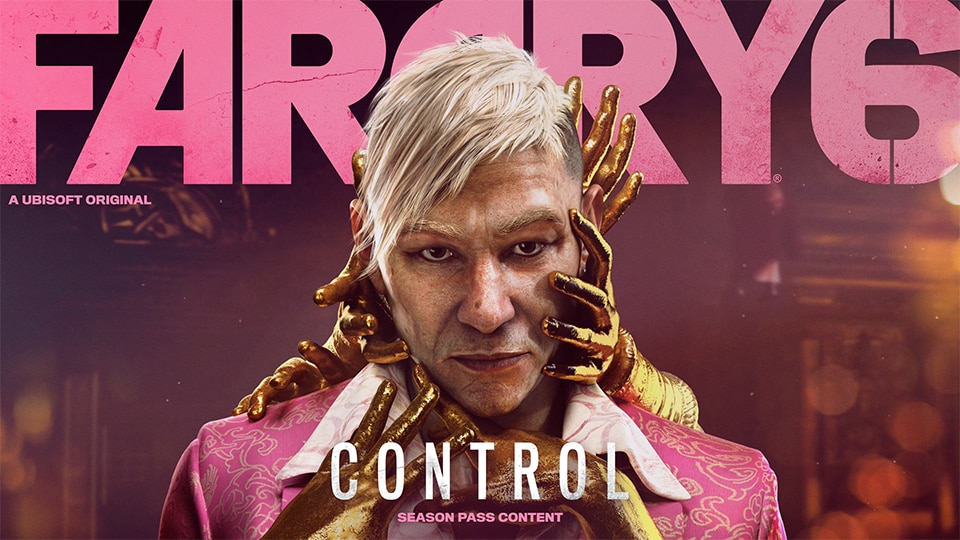 Pagan: Control, the second of three villain-focused DLC chapters for Far Cry 6, is out now, letting players delve into a nightmare world born from the twisted mind of Far Cry 4’s brutal dictator, Pagan Min. Like the previous episode, Vaas: Insanity, Pagan: Control takes an approach inspired by roguelites: After every death, you’ll lose any cash, weapons, or other items you were carrying, pushing you to gamble your progress against greater rewards in a bid to escape and find redemption. And if you’d rather make the journey with a buddy, the Buddy Pass lets Pagan: Control owners invite another Far Cry 6 player (on the same platform) to join them for co-op play, even if the invitee doesn’t own the DLC.

If you manage to save enough money without dying, you can use it to purchase better weapons, or unlock permanent traits that make Pagan stronger – and let him do things like carry more gadgets, or keep some cash after death. And as you battle your way through the Kyrat-inspired landscape, you’ll be able to permanently unlock new weapons for purchase by tackling Armory Challenges. The stronger Pagan becomes, the further you’ll be able to push into his mind, uncover new insights about his past and Far Cry 4’s backstory, and unlock rewards that carry over into Far Cry 6’s main campaign.

Available as part of the Season Pass or as a separate purchase, Pagan: Control is the second of three DLC chapters focusing on Far Cry villains. Vaas: Insanity, starring Far Cry 3’s Vaas Montenegro in a warped re-imagining of the Rook Islands, is also out now, and Joseph: Collapse, featuring Far Cry 5’s Joseph “The Father” Seed, is coming soon.

Pagan: Control is now available to Far Cry 6 owners on PS4, PS5, Xbox One, Xbox Series X|S, PC, Stadia, and Amazon Luna, and is included with a Ubisoft+ subscription. For more on Far Cry 6, check out our dedicated news hub.