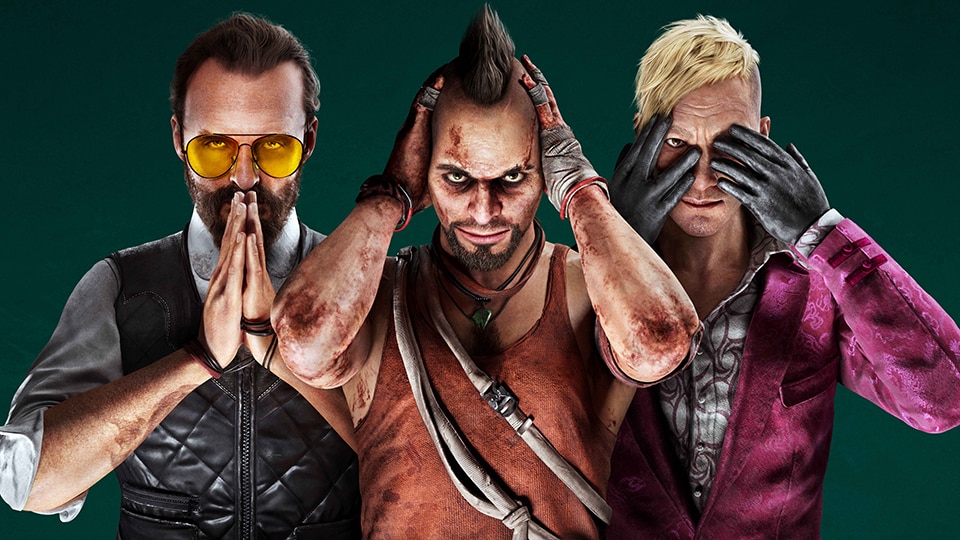 The first DLC episode for Far Cry 6, Vaas: Insanity, is out now, taking you deep into the twisted thoughts of one of Far Cry’s most infamous and enigmatic villains: Far Cry 3’s Vaas Montenegro (played by actor Michael Mando). Playing as the deeply unstable pirate who first captivated fans with his “definition of insanity” speech, you’ll fight to escape the deadly, dreamlike confines of Vaas’ mind. Far Cry 6 owners can grab it now as part of the Season Pass, or as a separate purchase.

Inspired by roguelites, Vaas: Insanity takes a different approach to Far Cry’s open-world action: every death leaves Vaas weakened, without his weapons and cash. As players push deeper into Vaas’ twisted psyche, however, they’ll be able to unlock permanent traits that will help them survive their deadly environment. Confronting the dangers that lurk in Vaas’ mind will also reveal more about his past and personal demons, giving players a behind-the-eyes view of what makes a ruthless villain tick. And like the rest of Far Cry 6, Vaas: Insanity is fully playable solo or with a buddy in co-op; in fact, players who own Vaas: Insanity can invite any Far Cry 6 player on the same family of devices to join them, whether or not that player also owns the DLC.

Vaas: Insanity is the first of three DLC episodes starring legendary Far Cry villains, and the remaining two – Pagan: Control and Joseph: Collapse, set in the minds of Far Cry 4’s Pagan Min and Far Cry 5’s Joseph “The Father” Seed – are coming in January 2022 and March 2022, respectively. Access to all three is included in the Far Cry 6 Season Pass, as is the standalone, neon-drenched Far Cry 3: Blood Dragon.

Vaas: Insanity is available now for Far Cry 6 owners on Xbox Series X|S, Xbox One, PS5, PS4, PC via the Ubisoft Store and Epic Games Store, and is included in a Ubisoft+ subscription. For more on all things Far Cry, check out our dedicated news hub.