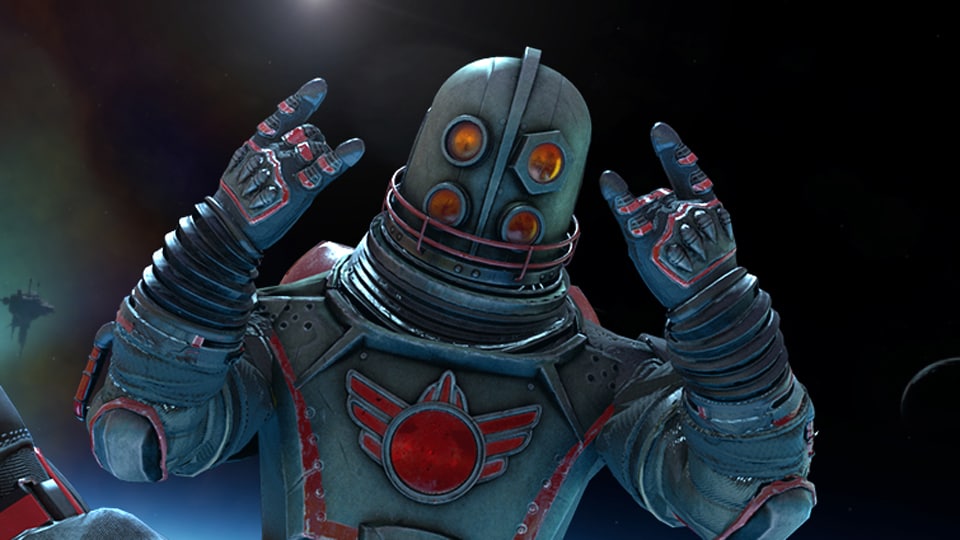 You'll find a wide variety of weapons floating around Space Junkies' six orbital arenas, and on Oculus, WMR and Vive, players can use the motion controllers to actually grab, wield, and throw them like physical objects. The PSVR version supports DualShock 4 motion controls, and features a distinct navigation system for flying quickly through the game's microgravity battlefields. All platforms will be supported after launch with regular new content, including new modes, maps, weapons, and customization items.

You can get an early taste of Space Junkies' action with the upcoming open beta, which is planned for all platforms before launch, or by visiting one of the VR arcades where Space Junkies Arcade has already arrived. On February 19, the Virtual Athletics League will begin an international Space Junkies Arcade team competition, giving the best players a chance to win up to $4,500 in prizes. To find out more, visit valvr.com/space-junkies-international-tournament.

Space Junkies will launch on March 29 for PlayStation VR, Oculus Rift + Touch, Windows Mixed Reality and HTC Vive. The game can be pre-ordered on Steam and Oculus Store starting today, and on the PlayStation Store on February 20. For more on Space Junkies, check out our previous coverage.